Breaking out of the mould 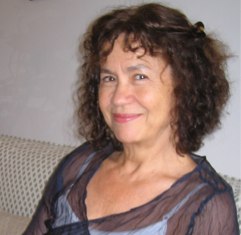 “My mum once told me ‘if you’re raped, lie back and enjoy it’,” says Marsha Rowe, the first editor of feminist magazine Spare Rib. The publication, which was launched in 1972 and was the first magazine of its kind in the UK, challenged everything Rowe’s mother had told her.

Spare Rib was part of the alternative ‘underground’ press and was itself a protest against traditional women’s magazines and the values they espoused. “‘In the counter culture there were all classes and races, but by the end of the 60’s the so-called freedoms were no longer freeing,” Marsha tells me. “It turned out that in the underground press women really didn’t have a voice and what had been freeing was imprisoning because women were more objectified. I remember going to a media conference in 1971 and women took over the stage in protest because they felt so sidelined. It was a very intense time.”

Spare Rib was the first magazine to have a men’s page (“a joke on the tokenism of women’s pages in national newspapers”, Rowe explains), and it was the first publication to discuss female sexuality. Despite the initial reluctance of newsagents like WHSmith to stock it, the magazine had a circulation of between 20,000 and 40,000 (according to widely varying estimates). But, Rowe says, “it had a powerful effect and each copy was read by lots of women.”

A man once knocked down a door in pursuit of his girlfriend when he found out she was writing for the publication, and many readers of Spare Rib hid it from their husbands

When she and Rosie Boycott started the magazine in early 1972, the world was not quite ready for the movement that would later be called feminism. “We called it women’s liberation. It didn’t become feminism for years. We never called ourselves hippies either – it was a silly word used by the press. We never identified with the words people labelled us with. People used to say, ‘oh, you’re a women’s libber’ – but if you give it a label people close their minds.”

Rowe says that even the people closest to her, and her co-workers at Spare Rib, felt threatened by its radical undertones. She tells me that a man once knocked down a door in pursuit of his girlfriend when he found out she was writing for the publication, and many readers of Spare Rib felt the need to hide it from their husbands.

“People were very frightened of feminism, we were even frightened ourselves. Spare Rib was very out on a limb and we were still knocked in the press. We had to fight our corner all the time. I was interviewed by the Sunday Times and I made a point about the women’s movement being connected up with other liberation movements, and two days later I got a letter from the Home Office, (this was when Ted Heath was Prime Minister), telling me to leave the country. We were always seen as such a threat. Just before my tribunal the Labour government was voted in and I was off the hook. It was all a bit scary.”

Rowe says she was surprised to receive the letter. “Our politics were no politics, other than anti-establishment. We were very politically naïve, even though we didn’t see that at the time. We really wanted to change the relationship between work and home, but we didn’t really have answers. We once arrived at a women’s conference in London and there was a send-up of Spare Rib by women who thought of us as a capitalist cop-out.”

Spare Rib was not without its opponents, and there were even conflicts within the magazine. “We were all against the establishment, but within the underground press there were lots of conflicting ideas. It was a very amorphous collection of really rather rebellious attitudes.

“At Spare Rib we were against the idea of experts – they came with the old format of journalism that we were trying to escape. Anna Raeburn did a sex advice column, but it didn’t seem right. When we decided to scrap it, she felt unsupported and upset. There was a blurring of the personal and the professional.”

It is these kinds of disputes that researchers for Femcit, an EU funded research organisation, want to study to find out more about controversies in the women’s movement and the long-term effect it has had on people in Europe. Academics are comparing Spare Rib with French publications Le Torchon brule, Histoires d’Elles and Femmes on Mouvements, as well as Finnish and Polish feminist publications, as part of their research project. “I think the magazines will answer lots of questions we have about conflicting discourse,” explains Nicky Le Feuvre, Femcit co-ordinator at the University of Toulouse Le Mirail.

“We know that there were – and, indeed, still are – tensions within the contemporary women’s movement, which has never been a unified and homogenous movement. It will be interesting to find out in detail about the issues that created those tensions,” says Le Feuvre.

Perhaps a conversation with Rowe will help the researchers. After explaining that those who identified as ‘radical feminists’ were only one strand within the women’s movement, Rowe admits that she never shared their views. “I was always in a relationship with men, but I carried articles by women who were radical. Separatist feminists were so radical that they wanted to form a separate feminist society – a few thought that when a boy reached 10 he should be banned from the community. When I moved to Leeds there were quite a few. I was shocked.”

We got so much flack personally, even from the people we were closest to, but we didn’t care. People are still threatened by what ‘feminist’ means

But Rowe explains that she was never the middle-class feminist that others mistook her for, and it is clear that she has battled through more than just class barriers – she took on what she felt was the biggest injustice of her day. “People always assumed that I was someone different than I was – they thought I was privileged but I wasn’t. When we started Spare Rib we wanted to reach out to other women who had been repressed in the way I had been. I had been a secretary and had had to leave university early because in Australia we didn’t have the same financial benefits as the British did.”

“I found my voice by writing Spare Rib and a lot of women were doing the same thing. At that time even pop music was male dominated. I remember going to the Isle of Wight festival in 1970, and Joni Mitchell and Joan Baez were the only two women performing in the whole festival, all the others were men. It’s very hard for young people to see how that was.”

When I quiz her about her views on feminism today, Rowe reminds me that “feminism was never in fashion”. But these days she views all young women as feminists. “Young women are so much more able to stand up for themselves. Society has transformed. When I think of my youth, it was grim and now there are so many opportunities.”

Even if Spare Rib has been criticised for failing to merge the personal with the political, the two were always intertwined for Rowe. “We got so much flack personally, even from the people we were closest to, but we didn’t care. People are still threatened by what ‘feminist’ means. I had an ironic t-shirt that a friend gave me in the 70s with the words ‘I am a humourless feminist’, which I wore when I was breast-feeding. It was bright turquoise and I loved it.” Luckily for us, she had the good sense to shun her mother’s values.