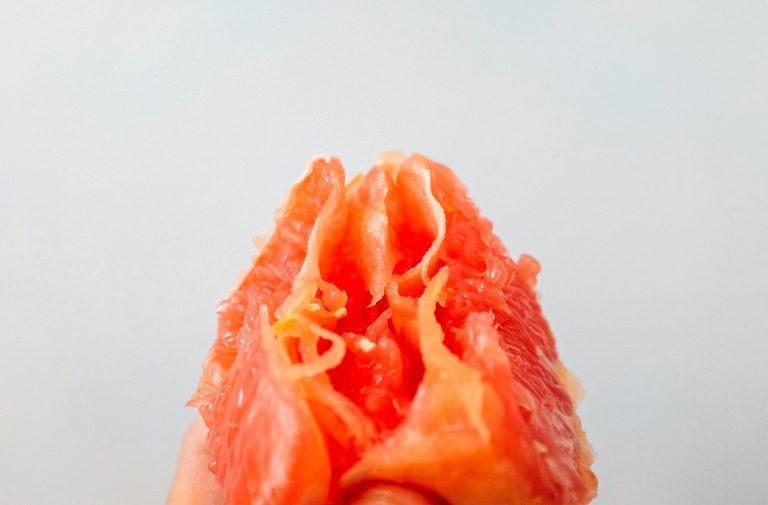 I was initially a fan of Channel 4’s Embarrassing Illnesses/Bodies series, which aims to reduce the embarrassment surrounding certain illnesses and problems, and encourage sufferers to seek medical advice. However the episode Embarrassing Teenage Bodies: Below the Belt has left me angry and upset, and done untold damage to countless young viewers.

The problem? Nineteen-year-old Lindsay consults Dr Pixie McKenna about the size of her labia minora. She says that they protrude beyond her labia majora and that this cases her a great deal of embarrassment: she won’t undress in front of her boyfriend and she will only have sex in the dark. Dr McKenna asks her if they cause her discomfort and she replies that when she has sex she has to part her labia.

As doctors, the presenters of the programme must know how common it is to have a vulva that looks like this

Dr McKenna, quite sensibly, wanted to examine Lindsay. What I saw was a young woman whose labia minora protruded from her labia majora by a small amount. Dr McKenna exclaimed that she could see this was “a big problem”. It was explained that the condition is known as ‘hypertrophic labia’, and that common causes are hormones produced in puberty and childbirth, that sufferers can have problems with personal hygiene and discomfort when having sex, playing sport, even walking. Not that Lindsay mentioned having any of these problems, beyond needing to part her labia for sex, what she talked about was embarrassment about the look of her labia. Nevertheless, Dr McKenna tells her there are procedures that can help; surgical procedures.

The next thing we know, Lindsay is on an operating table having labiaplasty. The surgeon commented that there was a “fair amount of excess”, and that the condition can cause psychological and physiological problems including infection (again note that Lindsay had not complained of having a problem with infections). Operation completed, the surgeon noted that there was “a big difference in appearance”.

I was absolutely gob-smacked. Here was a golden opportunity to reach out to young women with large labia minora and reassure them about their normality, but no, it was presented as “a big problem”, a medical abnormality needing surgical correction. My question is, if this is a medical condition requiring a surgical solution, why do searches for labiaplasty and labia reduction on NHS Direct, return no results? Why does the programme’s own website state that “this is seen as cosmetic and will not usually be available on the NHS”? Just a general search for labiaplasty on the internet returns many results – almost exclusively from cosmetic surgeons.

Let’s face it, that is what this is really all about – appearance – about conforming to an expected ‘norm’. And where does this ideal of what your vulva should look like come from? Pornography is the only credible source, in my opinion. Most heterosexual women simply do not have exposure to one another’s genitals in any other way.

I too have protruding labia minora, actually significantly more so that the woman on the programme. When I became sexually active I had a glorious few years where I was completely unaware that I did not conform to the pornographic norm and I have to say that no lover has ever intimated that my vulva was in any way different, abnormal or unattractive. However, exposure to pornography soon made me feel like that and, for many years, I felt deeply embarrassed by my anatomy (although like Lindsay, I have never experienced any physical problem beyond sometimes needing to part my labia for sex, which I don’t consider “a problem”). Then I discovered the wonderful Vulval Health Awareness Campaign website. It contains a link to a gallery showing photographs of women’s vulvas and the enormity of anatomical difference I found there finally freed me from my undeserved feelings of shame.

This is why I feel so very angry and upset by the way the programme handled Lindsay’s case. Perhaps all she really needed was some reassurance that she wasn’t ‘abnormal’, but this wasn’t even offered. I am sure there are some cases where there are genuine problems with physical discomfort and, as a last resort, surgery is justified, but this was not the situation that was presented with Lindsay. As doctors, the presenters of the programme must know how common it is to have a vulva that looks like this. I feel they have been incredibly irresponsible in the way they handled her case, and a quick look at the comments on their website shows that my fears are justified. Just look at the comments to date:

I am 15 and i have the same problem. I never reaslised i was different untill my friend told me about it after watching a programme a while back, then i began to get paranoid. I was too afraid to get a boyfriend because i was embarressed! Surgery is to drastic and painful, i think i will just leave myself alone. Anyway, if a person laughs at you for it or thinks you are strange, then they are not worth knowing, you are who you are :)

I’m 15 and i thought I was fine, but since I ve watched the programme I ve become worried, as mine seem larger than the girl who had hers made surgically smaller! it doesnt make any difference to my life, but i worry now that when I’m older and start having sex I might have problems?!

hi, im 18 and have been aware of the size of my left labia minora. last year i did some research into the problem and have considered labiaplasty. i am very insecure about it especially after told my mum and she thought it i was ‘mad’. i am bisexual and im not really concerned about when i start sleeping with men, but am with the thought of sleeping with women and carrying certain sexual acts.

i was propa embarressed about my down below. i always slept with boys, in the dark, with the lights off incase they saw!! then i have been with my boyfriend for two years now! and he loves it! he says he doesnt care and thinks its lovely so honestly dont be embarressed by it :)

Im 21 and i’ve got this problem too. I dont really like it. In my relationships its never been a problem to a guy but its something im so conscious about. I often try to cover myself up. I can tell its been something that my current boyfriend and i avoid talking about. Most of my friends found it discusting when watching the show. I think more people need to realise its natural to make us girls feel more normal. I would take up the opportunity of surgery but its whether i can afford it if its not on the NHS. It would definately build my confidence more.

im 15 and i thought that it was actually quite normal but i was watching this programme and a girl had a promblem with this, and it has really made me parranode.

I have exactly the same problem but didn’t realise how different I was. Noone I know has ever mentioned it to me. My previous boyfriend had no problems and my now fiance has never said a word. It does occasionally get in the way of sex but I have never found it to be a problem. I just think this is the way I was made and I can’t change that. If the person your with likes you for you then it should never be a problem and your friends are just mean if they ever tease you for it. I’m surprised how many people are suffering with this but I have it and I would never say I suffer. I’m just me and it’s part of me and I wouldn’t change it unless it affected my health.

I am 19, and i have this problem, however i didnt think anything of it… i can sometimes get a little embarrased over it in the bedroom but nothing serious as i thought it was normal. i would love to change how it looks, but i dont have the money and my mum would think its pointless to have surgery. she probably thinks it normal too… this has sort of opened my eyes to the problem. the show is really helpful, thank you.

well i am so glad im nt the only one to have this problem! i find it very uncomfortable to deal with and very embarrassing in front of my boyfriend.. who do i see about this and how much would the operation be?

Most of these girls had no idea they had ‘a problem’ until this programme was aired. As a feminist, I feel absolute despair that the pornographic norm of what a vulva should look like has become so widespread that now even general practitioners are advocating that young women should spend thousands of pounds mutilating themselves, in order to look ‘normal’. I will be sending a complaint to the makers of the programme, but the damage is done now, isn’t it?

Photo by charlesdeluvio on Unsplash. It shows a slice of grapefruit that looks a little bit like a vulva.

Bellavita is a 39-year-old historical researcher. She has been a feminist as long as she can remember and is a regular reader of The F-Word