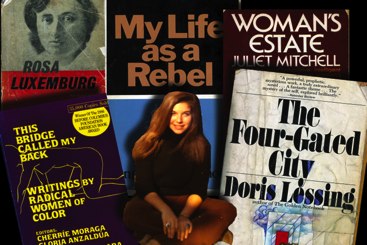 We have plenty of caricatures of the ‘second wave’ – the upsurge of feminist activism which occurred in the 1970s – but what was it really like? For those of us too young to experience it for ourselves, The Heretics opens one window into those times.

The Heretics, directed by Joan Braderman, tells the story of the feminist art magazine Heresies – and the women artists who launched it – at a time when critics, galleries and other artists were lining up to keep the art world a male preserve.

Heresies launched in 1977, from the New York studios of a collective of women artists, and produced 27 issues before closing in 1993. The entire archive is available to download on the film’s official website – and this alone is a treasure trove, before even considering the wealth of interviews, archive footage and first-hand stories brought together by Braderman’s documentary.

From the first moments of the film, The Heretics establishes that this is not going to be an attempt at a so-called objective documentary. Instead, our entry point is director Joan Braderman’s own story – of her political beginnings, discovery of feminism, other women artists and the early days of Heresies. “I considered myself an anarcho pagan post-situationist democratic socialist feminist,” she explains early in the film. “But as a woman who was I supposed to be?”

Braderman also included shots of cinematographer Lily Henderson and producer Crescent Diamond, the other members of the film crew. “I always want to know who is making the film,” she explained in a phone interview. “I’m always interested in the point of view that’s shaping the movie I’m watching. That’s why I told it in the first person – whatever the film’s claims – I’m responsible.”

That said, this documentary is packed with interviews with the many women who contributed to Heresies during its 15-year run, and served on its “mother collective”. These women share their vivid recollections of late-night collective meetings, earnest discussions of what should go into each issue, the New York art scene in the 1970s and the women’s liberation movement.

It was how power worked, and it didn’t work in my favour 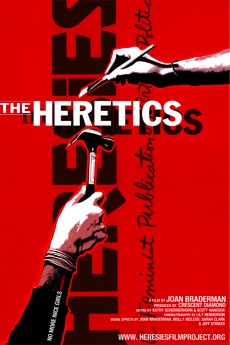 Through judicious and generous use of archive footage and still photography, as well as interviews, Braderman touches on the influence of the civil rights movement on the feminist movement, the role of Vietnam and the sexual liberation of the 1960s. The documentary skims over the media’s ‘selection’ of leaders on behalf of the leaderless women’s liberation movement; how crucial it was for activists and artists to have access to cheap studio space in New York (now a distant memory). And the film deals with the importance of ‘CR’ (consciousness raising) in “fuelling” the feminist movement.

Each of the women artists talks about how they became a feminist, and the role of feminism in their lives and work. Of course, with such a distinguished and interesting set of interviewees, this results in so many wonderful statements it’s almost impossible to decide which to quote – but Cecilia Vicuña’s statement particularly stands out: “I just heard the words female liberation and that was enough for me, to transform consciousness not just for women, but for everything alive!”

This film is crucial viewing for anyone interested in feminist history, yes. But it is also one for all art lovers. It is an introduction to the women artists from the second wave feminist movement, you may – or may not – have heard of already. We get glimpses into the studios and workspaces of artists such as Miriam Shapiro and Harmony Hammond. The exposure to a generation of women artists is one of the pleasures of this film, which are mostly still underappreciated (thank you art establishment).

As Emma Amos explains, back in the 1970s it was shock to realise that the art world was still not ready for women: “It was how power worked, and it didn’t work in my favour.”

Of course, other intersecting oppressions also affected women artists of that time. Cecilia Vicuña describes how she was given a one-woman art show by the Institute for Contemporary Art (ICA) in London, the first Latin American woman to gain this slot. However, she explains, “The entire board moved to push my exhibition away into the hallway, because for them it was a brutal transgression to have a woman like me.”

At that time, the documentary establishes, it was all too common for women artists to be dismissed by gallery owners, told they were too pretty to be artists, told to set aside their aspirations. This was the backdrop against which Heresies was born. After numerous knockbacks, the realisation dawned that if women artists were to succeed, women artists had to do it for themselves – and that meant creating their own galleries and magazines. 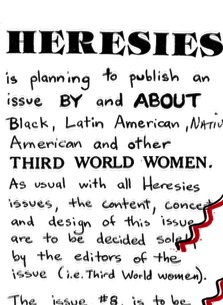 But Heresies was not just about creating a space for art by women – the art created by these women was political in itself. As Susana Torre says in the film: “The change we wanted to see had to be spacialised, it had to be put in space, whether space meant the human body, or a landscape or even a page.”

And the Heresies collective also provided a talking shop for exploring ideas around art which were getting short shrift elsewhere, publishing writing and work that would never appear in traditional art publications. “Demystification of art, we were very big on that,” says writer Elizabeth Hess. “It sounds like air freshener.”

For me, one of the most fascinating sections of this documentary deals with how Heresies functioned as a collective. As you might know, The F-Word blog operates as a collective, and my ears perk up at the mention of testimony over how to do collective work successfully. The Heretics does not skirt away from the difficulties and problems that can come with trying to put these ideas into practice (we learn, often arguments were won by the woman who, “talked loudest and put across her point most relentlessly”).

The third issue of Heresies was the Lesbian Art and Artists issue. “We decided you must be a self-identified lesbian to be an editor of that issue,” says Harmony Hammond. When they took this back to the mother collective, “all fuckin’ hell broke loose”.

Different women worked on each issue of Heresies (although this usually included a few women from the “mother collective”). They advertised on posters for women to edit each issue – one example of how radically different Heresies was to traditional magazine production; indeed, you would struggle to find a feminist magazine today which followed this model.

Overall, this is a fascinating slice of feminist herstory, with hilarious interviews intercut with touching footage. It is put together with a joyful, DIY aesthetic. Of course, nothing is perfect. Despite making lots of space for discussion of the Third World Women issue and the Racism issue, it would have been lovely to see more footage interviewing more of the women closely involved in producing these issues.

As Charlotte Cooper and I wrote some months ago, it is a special responsibility to document the history of the feminist movement.

Can a documentary like The Heretics, which captures first-hand stories from some of the women themselves, help us to finally build on what went before, rather than reinventing the wheel a thousand times? I hope so.