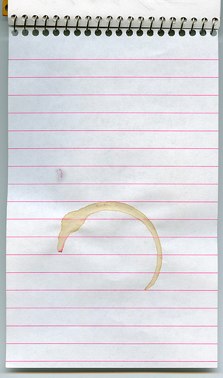 Journalists and the newsworthy

The events in Egypt have sharpened minds to the issue of how ‘overseas’ news is covered. Overnight, most of the Western, English-language media went from almost no coverage, to Egypt dominating the news.

Journalists are once again discussing as a result the general paucity of international news coverage. As feminists, this issue of what is and is not judged newsworthy is familiar and the impacts are clear as day. One example we’ve seen played out repeatedly in the UK is the reporting of rape cases, which all too often reinforces rape myths while it overstates false (or questioned) rape reports.

Often media commentators hark back to a supposedly halcyon age, when newspapers had bureaus operating around the world. This model was on the way out long before the internet started to threaten print media’s future. So what does a feminist alternative look like?

Women’s eNews in the US has just come to an agreement to publish stories by women reporting from the developing world, from the Global Press Institute, which has news desks in 23 countries, staffed by 91 women the organisation trained itself.

“Mainstream media has long relied on foreign correspondents to speak for the developing world and present news to foreign audiences. The Global Press Institute challenges this paradigm,” Cristi Hegranes, founder and president of the GPI, told me by email. She continued:

For five years, GPI has trained and employed women in the developing world to become award-winning investigative journalists, covering hard-hitting social justice issues. GPI prioritises economic and social empowerment for its reporters, who have used the opportunity to catapult themselves into local roles of literate leadership.

But the impact does not end there – the work produced by GPI reporters offers unique source access and storytelling from the most underreported areas of the world. In the last five years, our work has provoked change on social, government and international levels.

In Nepal, recent articles have made their way to the Prime Minister’s office. By empowering local people to learn how to tell their own stories, we find the stories are infused with social, historical, cultural and political context. The work also has a greater on the ground impact since it is produced by local people. Finally, it offers consistent coverage from these regions – as opposed to coverage only during crisis, war or disaster as is common with traditional foreign correspondence.

The GPI’s emphasis on investigative reporting is particularly important, as budgets are being slashed for expensive investigations in newsrooms almost everywhere. So it is brilliant to see that GPI is already seeing so much success in syndications. Cristi said:

Our goal is threefold: personal and economic empowerment for the women we train and employ; increasing access to information locally; and raising global awareness. Since we began syndicating our content just five weeks ago we have succeeded in getting more than 30 content partners both in the West and in the communities where we operate. We have been very pleased by the reception our unique content has received. We continue to push for more and larger partnerships with great success.

Photo of a coffee-stained reporters’ notebook by Terry Bain, shared on Flickr under a Creative Commons license