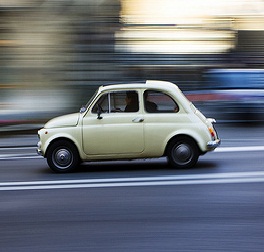 In case you missed it, the European Court of Justice yesterday ruled that insurers will no longer be able to take sex into account when assessing an individual’s risk levels, deeming the practice discriminatory. This means young women will now have to pay more for car insurance and young men’s premiums will come down.

My initial reaction is that this decision makes sense: I don’t think making generalisations based on sex is fair – why should individual men who drive safely be forced to pay more for insurance because others don’t? And as JKBC highlights below, the use of a binary gender model doesn’t account for all of us anyway.

But then on a practical level, insurance works on the basis of generalisations and statistics, by its very nature ignoring the individual and making sweeping assessments based on the characteristics they share with others. And while I would like a non-binary world, I feel we often need to look beyond the individual and identify trends based on binary sex in order to highlight and tackle problems of sexual inequality and oppression, such as male violence against women.

A specific example of this is given in the Guardian article linked to above, where it is noted that, according to the head of the Association of Police Officers in the UK, the biggest killer of young women in Britain is their boyfriend’s and male friends’ driving. A gendered problem, which some argue requires gendered solutions – including higher insurance premiums for young males to discourage those of them who do drive dangerously from running more powerful cars.

Is the ruling the right one from your feminist perspective? Let me know what you think!

Image by Aesum, shared under a Creative Commons licence.