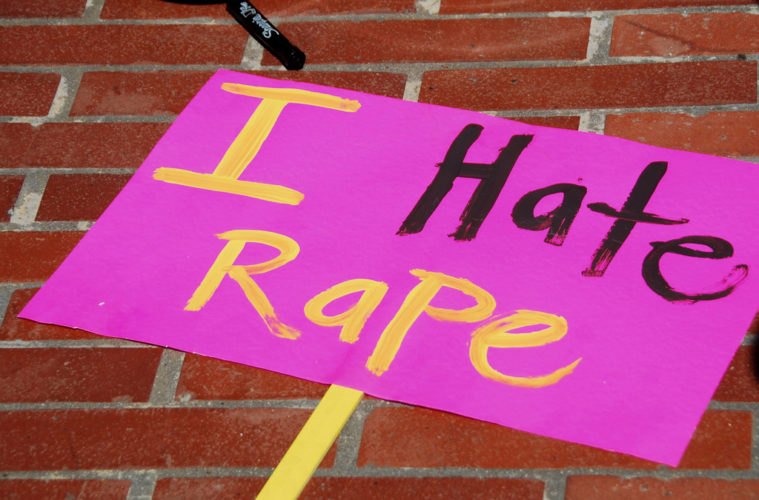 Philippa writes about Kier Starmer’s intentions to encourage women to report sexual assault, and about how disabled women can be particularly at risk. 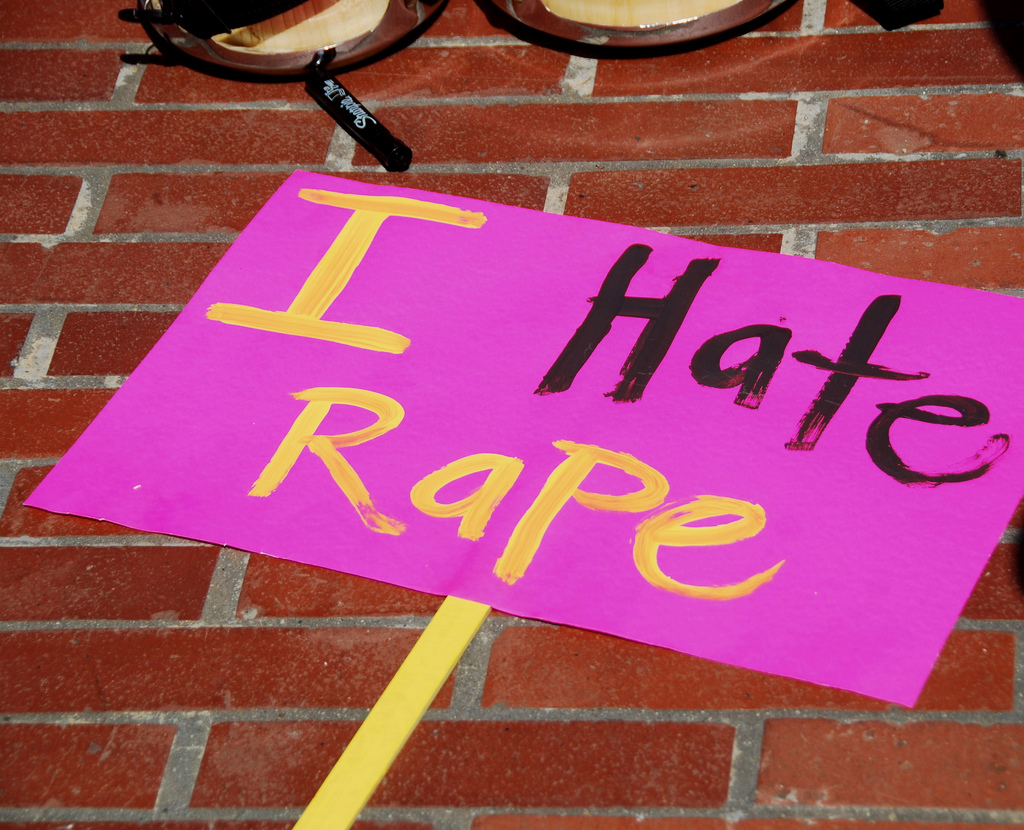 [A photograph of a bright pink, hand-written placard against a brick background, which says “I hate rape”. There is a marker pen in the background.]

The Guardian has published an interview with Kier Starmer, the director of public prosecutions, about restoring rape victims’ confidence in the criminal justice system.

Only 15% of serious sexual offences against people 16 and over are reported to the police and of the rape offences that are reported, fewer than 6% result in an offender being convicted of this offence.

The lousy conviction rate is a key reason that many women do not report being raped. It can feel like a waste of time to even report, when the likelihood is that it will go nowhere?

In recent years, new concerns have emerged among women who are raped, as we hear of more and more being imprisoned themselves when their rape allegations were not proved in court, and perhaps most high profile, a woman who was imprisoned for retracting true allegations. With regard to this specifically, Starmer has now requested that all perverting the course of justice cases that involve retracted rape and domestic violence allegations should be submitted to him for approval.

It seems he is taking action, and I am very glad of that, as it is sorely needed. And Starmer insists that the 25% funding cut to the CPS will not affect sexual or domestic violence services.

One group of women that has been overlooked in these efforts to improve reporting of rape, is disabled women. Around 10 years ago I spoke to a specialist sexual assault police officer about having been raped. It did not go well, and we both decided that I should not proceed with making a formal report. This was initially because I was unable to tell her the details of what had happened. From my point of view, she was a stranger, a quite intimidating one at that, and I had never told anyone the intimate details of what had occurred (and in fact, I still haven’t). From her point of view, if I couldn’t tell her, then I would never be able to stand up in court and tell a roomful of strangers. I agree. The other reason, however, was that she found out I had mental health diagnoses. She said that this would make me an ‘unreliable witness’ in the eyes of the court, and my word would not be believed. There was no acknowledgement of cause and effect – that in fact sexual violence may have caused my distress. Many women experience mental distress after rape. If that automatically means we are not ‘reliable witnesses’, then it needs looking at urgently.

And it is not just women with psychiatric diagnoses who have difficulty reporting rape, or being taken seriously in the judicial system. Women with learning disabilities face similar prejudice, and may have difficulty communicating that any abuse has taken place at all. Disabled women can have more difficulty leaving an abusive relationship, particularly if they rely on the abusive partner to assist them with communication or mobility, and very few refuges are fully accessible even if they can leave.

In terms of domestic abuse, as well as physical, sexual and emotional abuse, there is an extra layer of abuse which can happen to disabled women. Their partner can withhold medication, over-medicate, refuse to assist the woman at all, or refuse dignified assistance options, if the partner is also the woman’s carer. They can withhold communication aids, and limit mobility and outside contact considerably.

And it is not just that disabled women are less likely to be taken seriously, and less likely to have access to support and judicial services, we are also much more vulnerable to abuse.

As many as 83% of women who have been disabled since childhood have been the victims of sexual assault, 49% of whom experience 10 or more incidents. 40% of physically disabled women in one study reported have been sexually assaulted, and for individuals with psychiatric disabilities, the rate of violent criminal victimization including sexual assault was 2 times greater than in the general population. 45% of female psychiatric outpatients report being sexually abused during childhood, and horrifyingly, lifetime risk for violent victimization was ‘so high for homeless women with severe mental illness (97%) as to amount to normative experiences for this population’. (Statistics all from Wisconsin Coalition against Sexual Assault – the sheer dearth of figures available about sexual assault and disabled women other than these from WCASA, is very telling in itself).