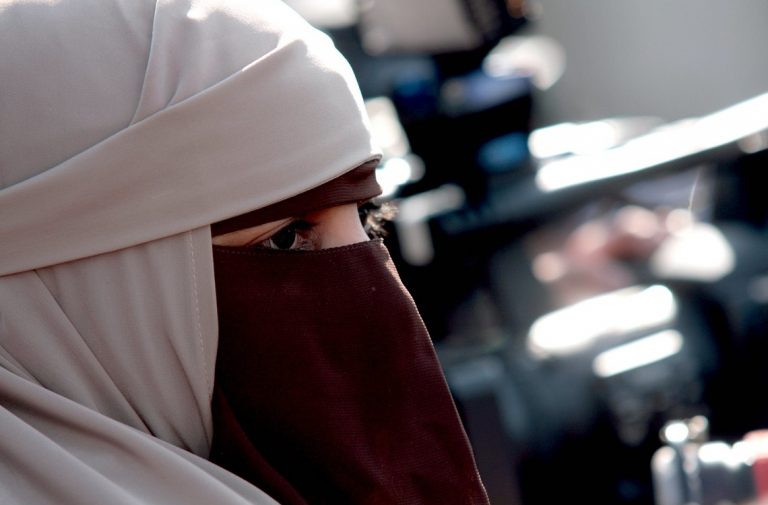 As you will know, France’s ban on the wearing of the burqa and niqab in public came into force on Monday, and was met with protests by some Muslim women. This issue has caused much debate among feminists, including here at The F-Word blog when the French legislation was in its early stages, back in 2008. The ban is supported by French group Ni Putes Ni Soumises, and other feminists have also expressed their approval. At Shiraz Socialist, Egyptian feminist Mona Eltahawy writes:

The strains of Islam that promote face veils do not believe in the concept of a woman’s right to choose and describe women as needing to be hidden to prove their “worth.” Salafism and Wahhabism preach that women will burn in hell if they are not covered from head to toe — whether they live in Saudi Arabia or France. There is no choice in such conditioning. That is not a message Muslims learn in our holy book, the Koran, nor is the face veil prescribed by the majority of Muslim scholars.

The best way to support Muslim women would be to oppose both the racist political right wing and the niqabs and burqas of the Muslim right wing. Women should not be sacrificed to either.

While I agree that the ideology behind covering women from head to toe is oppressive, I can’t agree that banning women from adhering to that ideology in public is the correct response. Personally, I think the ideology behind Western fashion’s high heels, push up bras and revealing clothing is pretty oppressive, being based on the concept of woman as an attractive object to be put on display, often requiring the sacrifice of the woman’s physical comfort and freedom, not to mention money and time. But I wouldn’t suggest banning high heels, because as long as women want to wear them – for whatever reason – all I would be doing is controlling their lives based on my personal beliefs, not theirs. That’s not liberation, and it’s not feminism.

I know. This isn’t a perfect analogy. I’d hazard a guess that almost all women who wear high heels would still go out in public without them if my ban came into force. For some French Muslim women, however, this ban may effectively confine them to the private sphere, due to the strength of the ideology behind the wearing of the niqab/burqa. They may believe in that ideology very strongly themselves – either because they were socialised/indoctrinated into doing so or through their own free choice – or they may have it forced upon them by family or community members, but for me this is beside the point. If one sees these women solely as victims of an oppressive, misogynist ideology (an assumption I am not in a position to make), preventing them from appearing in public in the only manner they are able to just adds another layer of oppression to their existence. Even if they are able/reluctantly willing to be seen without the niqab/burqa in public, where is the victory in forcing women to live their lives in a way they would not choose?

By all means attack the ideology, but let’s leave the women we’re claiming to save out of it.

Photo is of Kenza Drider, one of the French women who protested the ban on Monday. By siobh.ie, shared under a Creative Commons licence.