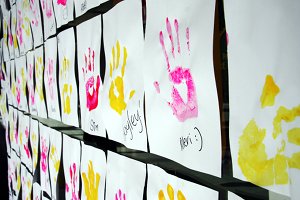 The Poppy Project has lost a £4 million contract to support victims of sex trafficking – to the Salvation Army, and may be forced to close.

A story in the Guardian today sets out the crucial work the organisation does and raises troubling questions about why they lost out on the funding.

Abigail Stepnitz, the national co-ordinator for the Poppy Project Eaves charity, said that the decision was “politically motivated”.

“The government doesn’t like someone who will rock the boat. We were a problem for them in that sense,” she said. Since the charity joined an oversight board two years ago, assessing the government’s compliance on tackling trafficking, it has successfully appealed 17 UK Border Agency decisions on identification of trafficking victims and forced countless reassessments.

This next bit really sums up the government’s priorities:

Stepnitz points to letters from officials, which concede that, while the rape experienced by victims is “unfortunate”, it does not qualify them for government help.

This chimes with what other reports already found on the issue.

The Salvation Army are planning to cut resources to support each person, so they can get more out of the money. Sounds like those brilliant backroom savings the government keeps talking about, but Poppy say:

One element of the decision that had troubled support workers was the assumption that most victims would require only 45 days of treatment. Stepnitz said that at least 90 days was required to rehabilitate victims. The average length of treatment at the charity, which can support 128 women, is between three and eight months.

Within the charity’s south London headquarters are the tools of rehabilitation. Trafficked women learn English, how to write CVs, computer skills and how to eat healthily. Between shifts manning the emergency referral and advice hotline, Leigh Ivens and her colleagues escort women to see doctors, meet Home Office officials and solicitors. They may eventually escort them to court to testify against their trafficker. The charity has secured more than 500 years in convictions against traffickers.

The Guardian goes on to interview some of the women that the Poppy Project has helped and is currently supporting, read the rest here.

Photo of handprints from an Australian anti-trafficking campaign focusing on children and young people, by Adam Valvasori, shared on Flickr under a Creative Commons license