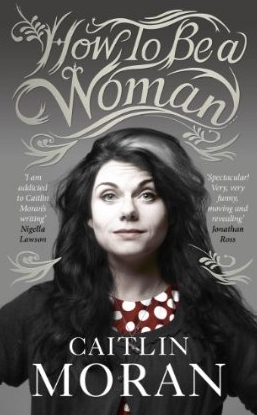 This week sees the publication of award-winning journalist Caitlin Moran’s first book, How to Be a Woman. Part memoir, part feminist treatise, it was excerpted in The Times this weekend, complete with pictures of her styled as Rosie the Riveter. Excited to read it, I enjoyed the description of her adolescence until I read one line that I’m convinced made my heart stop beating for a second. Talking about herself at age 13, Moran writes:

I am, by and large, boundlessly positive. I have all the joyful

ebullience of a retard.

I’m not sure what’s more offensive: that she used a word the majority of people with a developmental disability find demeaning, that she’s promoting such a facile stereotype, or that while Moran advocates against misogyny, she apparently sees no problem with using language that another marginalised group finds hateful.

This may be a particularly egregious example, but she’s not the only feminist to use ableist language or demonstrate this type of ignorance. As a woman with disabilities, I often feel ostracized by mainstream feminist media, which seems almost exclusively focused on the experiences of able-bodied people. Disability rights too often feels like an afterthought.

Last Autumn, Feministing’s coverage of Jon Stewart’s Rally to Restore Sanity didn’t spare one sentence to suggest that the name played on fears around mental illness, conflating it with poor judgement. (When one commenter pointed this out, they were given the “I’m sorry you were offended” treatment.) But I shouldn’t have been surprised: in 2009, a group of women feminists with disabilities and their allies challenged the site over its history of ableist language use and scant representation of disability issues. Of particular concern was one writer’s complaint that having doors opened for her made her feel (horrors!) “like an invalid”.

Meanwhile, Jezebel has reported incorrect information about Bipolar Disorder and ran a series in which a guest blogger ‘diagnosed’ reality TV stars with mental illnesses, as an explanation for their unreasonable behaviour. When some readers complained about the ableist nature of these posts, editors advised them to “skip them”.

It’s even more disappointing when discriminatory language is used by feminist academics whose job it should be to question oppression. I recently checked out Rosalind Gill’s Gender and the Media from the library and was dismayed to find that the author states magazines aimed at young women “can produce some almost Schizophrenic splits in which girls have no language to talk about their own experiences”.

Echoing this sentiment, in March Lisa Solod wrote a piece for The Huffington Post which asked, “Is feminism schizophrenic or what?”

Clearly we’re supposed to be shocked by this invocation of a severe mental illness, despite the writers having no understanding of the disorder (it’s nothing to do with split personalities). Worse, they don’t seem to have grasped that people with Schizophrenia might not want their experiences turned into a cheap metaphor by able-bodied people for the sake of hyperbole.

Maybe you think none of these things matter because they’re not intended to offend. But they’re all rooted in ignorance of what living with a disability involves and help perpetuate the idea that people with disabilities are somehow inferior. That’s not necessarily a conscious choice, but it is thoughtless, and what makes it worse is that it’s sanctioned by the culture we live in. No one at Caitlin Moran’s publishing house or The Times appears to have questioned her use of the R word, and I can’t understand why. The fact that women have been historically discriminated against doesn’t give able-bodied women the right to discount the feelings of people with disabilities.

In fact, when they persist in doing so, it’s doubly disappointing.