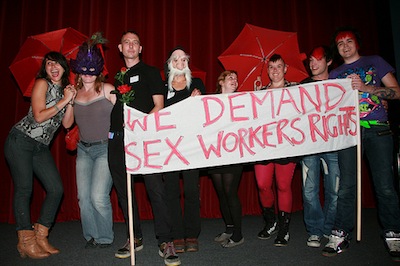 Rather than swooping to the rescue of sex workers, this festival sought to amplify their own voices

I dare to say that a path-breaking event like this festival, organised by the people behind the London Sex Worker Open University, should be compulsory feminist viewing. The diversity of perspectives on sex work and its legal regulation presented was stunning; but even more so was the fact that finally sex workers and their allies (filmmakers, conference organisers, friends and families) were given a chance to counter prevailing approaches to their work that castigate them as victims, criminals or sinners.

As well as screenings of 11 films, we were treated to a panel discussion featuring Luca Darkholme and Dr Heidi Hoefinger (representing the festival’s organisers); Jennifer Richardsen, a striptease artist and teacher; and the directors of some of the featured films (Clare Havell, Ellie Gurney, Winstan Whitter and Dr Nick Mai).

The festival included both international and UK films, touching on everything from sex workers’ opinions about their everyday lives to issues of organising and legal regulation. To the vigorous applause of the audience gathered in the cinema, Australian and Canadian sex workers gave advice to their dates, partners and lovers in Every ho I know says so (2010) by Beef Jerky and Lusty Day. “No matter how many times I say yes to an appointment, yes to my clients… I still have the right to say no to you,” said one rather poignantly.

In Isabel Hosti’s 69 things I love about sex work (2006), we read a list of the pleasures the heroine gets from her work, appearing on screen to the tunes of ‘My favourite things’ and Ella Fitzgerald’s ‘Nice work if you can get it’. Ni coupables, ni victims (2006) by sexyshock presented opinions of participants of the European Conference on Sex Work, Human Rights, Labour and Migration held in Brussels in 2005. They were sex workers, academics, social workers; male, female; cis and trans; queer and straight. None of the sex workers interviewed for the film expressed feeling more victimised or exploited more than any person in paid employment does. 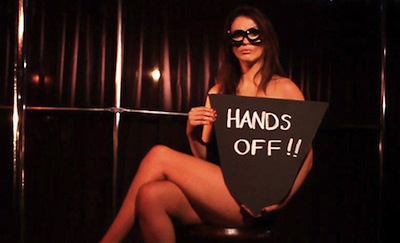 Three remaining films charted some UK contexts of sex work. Hands Off (2011) by Winstan Whitter documented the fight between the strip club industry and the council in the London borough of Hackney and included, surprisingly for most, interviews with two female owners of strip clubs and an interview with the local parish reverend supporting the clubs’ plea to have their licences renewed (see the still on the left). Clare Havell’s and Atieh Attaarzadeh’s The Street in Red (2011), shot mainly in Bristol, addressed the hypocrisy of anti-sex work laws in connection to violence against street workers.

Finally, Ellie Gurney’s Sex Worker Open University (2009) documented the successful event that took place in April 2009, bringing together around 200 of sex workers, sex workers’ rights activists, academics and allies. Showcasing diverse skills workshops, panel discussions and rallies in public space (for example, next to the statue of Eros in Piccadilly Circus), the film presented an alternative and empowered image of the sex worker.

The second part of the festival explored the lives of sex workers who for the most part did not match the description of being always female and heterosexual: Nick Mai’s Sex Worker Trilogy focussed on young Moroccan and Romanian men selling sex to gay punters in Seville (Comidas Rapidas, 2009); a young Tunisian man selling sex to Western female tourists in order to start a new life in western Europe (Mother Europe, 2010); four migrants involved in sex work in Albania, Italy and the UK (Normal; trailer, film due in 2011). 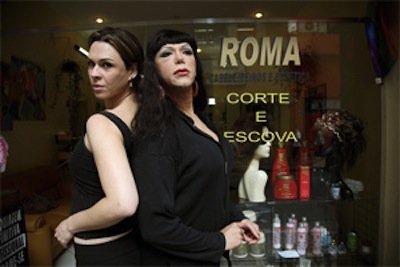 The trilogy was followed by my personal favourite, Johannes Sjöberg’s Transfiction (2007). Adopting an experimental ethnographic documentary style developed by French visual anthropologist Jean Rouch (one of the founders of cinéma vérité), Sjöberg directs two transgender heroines acting out situations from their lives and the lives of those around them by improvisation. This approach results in multifaceted but at the same time very tender portraits of Fabia Mirassos and Savana Meirelles (above), who project their experiences of struggle against intolerance through the roles of Meg and Zilda respectively. 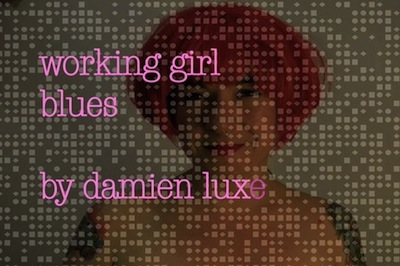 The festival ended with Damien Luxe’s Working Girl Blues (USA, 2009), a short considering the pros and cons of different jobs, including sex work (see the still on the left). Each job is given a ‘soul’ rating, indicating how good or bad it is for well-being, arguing that sex work is work: at times tough and tiring, at times fun and rewarding.

The panel discussion emphasised the advantages of decriminalisation of sex work that makes it better regulated and hence safer for those working in the industry. The issues around unionisation were discussed, because just as most agree on the necessity for trade unions to protect sex workers’ rights, there’s debate on whether managers (of strip joints for example) should be union members or not.

The most crucial point recurring in the discussion was the need to distinguish between sex work and sex trafficking: the panellists said the common perception that most sex workers in the UK are illegal migrants trafficked to the country to perform degrading sex acts is not confirmed by the results of the research on the industry and is harmful to the industry’s reputation and, consequently, to the standards for legal sex work. We also heard about projects addressing the needs of legal migrants working in the UK sex industry, such as the x:talk project, offering among other things free English classes for migrant sex workers.

As someone who considers herself a feminist, and accompanied by two female friends who accept the F-label too and both have masters degrees in gender studies to boot, I paid special attention to any mention of ‘feminism’ or ‘feminists’ in the films and couldn’t help noticing that the relationship between some sex workers and some feminists active in the debate around sex work is contentious and at times stormy.

A young sex worker asserted powerfully: “You need to understand that at work I am empowered and not a victim of patriarchy or perpetuating patriarchal ideas”

A Danish escort, May (one of the protagonists of Ni coupables, ni victims) complained about Danish middle-class feminists who want to follow the example of the Swedish government and criminalise punters. She argued that such a move is hypocritical because it ends up criminalising prostitutes too: one cannot legally (and safely) deliver services if receiving them is illegal.

A young (uncredited) sex worker from Every ho I know says so asserted powerfully, addressing her (potential?) partner: “You need to understand that at work I am empowered and not a victim of patriarchy or perpetuating patriarchal ideas.” This proud statement, defending her dignity as a sex worker, argues against apparently benevolent attempts advocated by some feminists to save women “brainwashed by patriarchy” to perform sexual acts for money can be damaging and hurtful for these very women.

The end of the open floor round of questions interestingly brought together Sunday’s festival with Saturday’s SlutWalk. A man, praising the films and discussions as “refreshing” and “a breath of fresh air”, contrasted them with the Trafalgar Square rally at which, on his account, “these feminists” shouted from stage that all sexual services should be made illegal”.

Two of the organisers of London SlutWalk Caitlin Hayward-Tapp and Elizabeth Head, were in the audience to respond. Caitlin said that the speaker who indeed had voiced such an opinion had done it without consultation with the organisers who welcomed sex workers as the walk’s participants and respected their choice of career. At first somehow reluctantly, her words were after all greeted with applause.

The first London Sex Worker Film Festival was, in my opinion, an enormous step forward in changing the perceptions (and portrayal) of sex workers within feminist debates and beyond. It allowed sex workers to speak for themselves in documentaries as well as presented their lives and work in artistic manner. We were reminded – or made aware? – of the fact that most of them have not been trafficked and/or forced to do their job and that many of them feel empowered and not victimised.

Photos by flickr users Luca Darkholme (2,3 and 4) and Vera Rodriguez (1)

Ania Ostrowska is a post-communist Polish feminist. She got an MA in gender studies from SOAS and is currently on a leave from academia. She lives in the London borough of Hackney and divides her time between working part-time at the Wellcome Library and reaching a conclusive position on the UK feminist movement