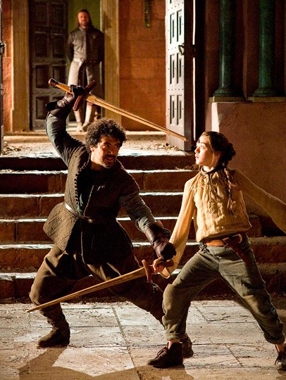 The female characters challenge this society, fighting it in different ways with different weapons, be they sex or swords

The show was initially accused of being misogynistic, portraying its female characters as downtrodden and at the whims of the male characters. However, it soon shows its true colours as arguably the most feminist mainstream fantasy shown on television. The world is deeply patriarchal and misogynistic, yet this reflects the realities of its setting. The female characters challenge this society, fighting it in different ways with different weapons, be they sex or swords.

Nor are they mere footstools. Queen Cersei is shown to be clever, careful and ruthless, and is the power behind the throne as her husband drinks and feasts, eventually removing him when he poses a threat to her position. A scene added for the TV series where she reminisces with the King about their marriage shows her softer side and her actions seem more sympathetic given her treatment by her husband. She is certainly not there just to look pretty. 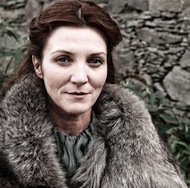 Catelyn Stark, Ned’s wife, is similarly strong and her actions to protect her family include fending off an assassin, taking the Queen’s brother hostage and bartering with a rogue lord on behalf of her son. Like Cersei, she is shown as strong, often stronger than the men around her, who learn to respect her voice as much, or perhaps even more, than that of her husband.

In contrast, their young daughter Arya Stark (Maisie Williams) challenges the gender roles expected of her absolutely. She turns from her embroidery lessons to watch the men fight in the yard and later gets both a sword called Needle and a ‘dancing master’ who teaches her how to dance – in this case, with her sword. The expectations laid upon her are turned on her head, and at the end of the season, she is shown to be capable, escaping the fate of the rest of her family and joining a pack of vagabonds. Although these actions get her mistaken for a boy, she protests and claims her own place against the expectations of the world she inhabits.

The minor female characters are also multi-faceted and varied, from the governess Septa Mordane (Susan Brown), who fearlessly sacrifices herself for her student Sansa, to the wild woman Osha (Natalia Tena), who drily rebuts the unwanted advances of chauvinist young lord Theon (Alfie Allen), to the prostitutes who use sex to get ahead in the world, and both Ros (Esme Bianco) and Shae (Sibel Kekilli) make it clear that arrangements are under their terms.

The series itself challenges perceptions of women in the fantasy genre 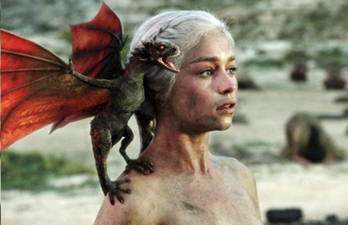 It’s not perfect. The ‘sexposition’ scenes, whereby characters give exposition whilst sex or nudity takes place, have been criticised as unnecessary and cheap, the best example being where Littlefinger (Aidan Gillen) explains his history whilst teaching two prostitutes how to titillate their clients. The woman-on-woman sex in this scene is utterly gratuitous and this stands at odds with the tone of the rest of the series.

Overall, Game of Thrones should be lauded for its portrayal of how in a world where patriarchal gender roles are taken to the extreme, the female characters refuse to submit, fight back and attain their goals. They are not perfect, but they are complex, and the series itself challenges perceptions of women in the fantasy genre. Roll on season two!