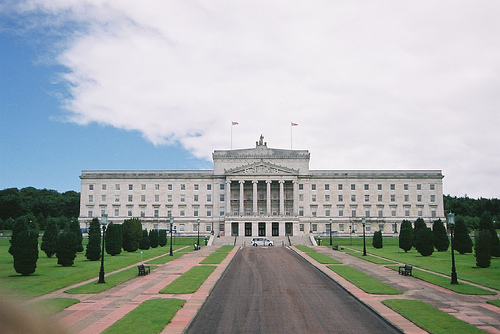 The fight for abortion rights in Northern Ireland

The fight for abortion rights in Britain was recently re-ignited by the attempts of Nadine Dorries and others to strip away at women’s reproductive freedoms and undermine the important work of abortion providers. However, watching her defeat from here in Northern Ireland was somewhat bittersweet. Our last significant chance to demand the British government end their hypocrisy and extend the 1967 Abortion Act came and went in 2008 when the debate on the Human Fertilisation and Embryology Bill was timed out before Diane Abbott’s proposed amendment on Northern Ireland could be discussed. Since the devolution of policing and justice in March 2010, the battle for reform of abortion law is now more than ever in the hands of our own legislative assembly, which is an incredibly uninspiring thought. There is a definite sense that the elected representatives in Stormont approach abortion with their own agenda that reflects the social conservatism dominating many areas of life here. They persistently claim that the public don’t want the law changed, but when you consider that 62% of Northern Irish people surveyed in 2008 were unhappy with our current abortion law particularly in cases of rape and incest, it seems the corridors of power here are controlled by those representing the views of a powerful minority. The loss of Dawn Purvis in the 2011 assembly election was disastrous for women as it reduced the number of openly pro-choice MLAs by half, leaving Anna Lo of the Alliance Party as a lone voice in a political institution where the commitment to denying women access to abortion is just about the only thing they all agree on.

In recent years, the Family Planning Association have used the process of judicial review to demand that the Department of Health issues guidance for medical professionals, who currently work within such a confusing legal context that GPs regularly ring the FPA helpline for advice. This was achieved in 2010 only to be immediately challenged by the Society for the Protection of the Unborn Child and the guidance was quickly withdrawn. Grassroots activists Alliance for Choice approached the new Justice Minister David Ford to find out how he planned to tackle the issue only to receive, after a delay of 4 months, the answer that it wasn’t a subject he’d be pursuing. Even the Northern Ireland Human Rights Commission, when consulting on a Bill of Rights, has neglected to offer any conclusions on how this right might be achieved for Northern Irish women. It seems that all of the political and civil society leaders that are supposed to listen to our needs and facilitate access to our human rights and equal participation have colluded to shut women out. They are content to ignore the injustice that is being visited upon thousands of women each year for the sake of serving their own narrow religious agendas or out of fear of the power religious institutions have over the electorate. Having exhausted all domestic avenues, campaigners are now turning to the UN for help using CEDAW’s Optional Protocol Procedure to request an inquiry into abortion law in Northern Ireland. Given that the Committee chose to highlight the reproductive inequality women here face in their concluding observations in both 1999 and 2008, then there is hope that this might at least result in a meaningful public consultation.

Perhaps the most exciting activism is the recent effort by feminist groups to work together on projects designed to challenge the unhelpful culture of fear and misinformation surrounding abortion. Alliance for Choice have been funded by the Joseph Rowntree Foundation to develop training workshops that allow women to explore accurate information about the law here and the inconsistencies in how it is applied. Women in Northern Ireland have never organised on a large scale to demand abortion rights and giving them access to a new way of understanding their reproductive freedom is an important step towards mobilising women to demand change. Comedy, theatre and seminars have also been used in joint ventures between Alliance for Choice and Belfast Feminist Network, with festivals of events around International Women’s Day and the 150th anniversary of the Offences Against the Person Act. One such piece gathered real stories from women who have travelled to Britain for abortions and performed these in a “pro-voice” play. This approach undermines the oppositional stance many political players wish to take by reminding everyone that the most important voices in the debate are those that usually remain silent. Changing the cultural conversation about abortion is vital preparation should a public consultation ever be granted but more than that, it can hopefully create a safe and open environment for women seeking abortions and prevent the kind of fear and isolation faced by the women who had to make the journey before them.

“Update 25/09: Recently elected Green Party MLA Stephen Agnew is also pro-choice, although the party themselves take a neutral stance. So that makes 2 out of 108!”