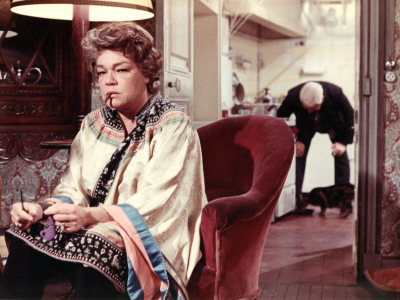 I asked the professor on my film and society course to supervise a PhD on the representation of older/old women in feature films. He said: “Who is interested in old women?”

On close analysis, Le Chat reveals to us an ageing woman derided and rejected time and again by a husband who projects onto her his fear of ageing and death. But this woman is not ‘the Mother’: the mild, comforting, wise woman. Neither is she the meek passive victim. She is full of anger, despair, passion and tenacity. She demands to be seen, heard and even loved! I compared the reactions of reviewers with that of a group of my friends – all retired women. Although very different, the comments of both groups showed a failure to perceive the general tenor of the film and concentrated on certain scenes (while not mentioning the others). Additionally, some of the (male) reviewers expressed overt hatred of the old woman.

Armed with these findings, I went to see the professor at film and society course to ask him if he would supervise a PhD on the representation of older/old women in feature films.

His negative response was unashamedly unambiguous: “Who is interested in old women?”

Myself and the other women who watched Le Chat so enjoyed viewing it and talking about it among ourselves that we decided to keep meeting as a film group. I also formed a University of the Third Age (U3A) film group that was more general. For the women’s group I selected the films based exclusively on the presence of an old female character. We discovered a few less-well-known films – The Company of Strangers, Pauline and Paulette, Spider and Rose, Innocence – with great portrayals of older/old women and viewed others with a critical eye. In time the two groups merged and became the Older Women in Film Group (U3A in Brent).

Then, in 2001, Iris was released, in 2003 The Mother opened the London Film Festival and, in 2004, Ladies in Lavender breezed in on the scene. I was dismayed. A powerful female intellectual reduced to the last stages of dementia; a victim wife ‘liberated’ by her desperate desire for the young despicable lover of her daughter (and friend to her son); two charming spinsters in picturesque England.

We decided it was time to put our anger to work so we suggested to the British Film Institute a study day at BFI Southbank on the theme of older women in feature films. The film we chose for the screening and academic talk was Lindsay Anderson’s The Whales of August (1987). The audience filled the NFT1 screening theatre (the biggest in the venue) and the very helpful BFI library produced a printed guide of our background work.

Alas, the interest of the BFI in the subject was short-lived, although it did lead to the introducing of seniors’ free matinee sessions which feature a variety of films and talks (not necessarily on old/er women). However, academia took notice; the lecturer we invited to give a talk after the screening was inspired to organise a conference, titled Ageing Femininities: Representation, Identities, Feminism.

Our group proposed to present a paper at this conference, which took place at the University of the West of England in October 2007.

The same ageist stereotypes were still in place: self-sacrificing or controlling and domineering wives and mothers, frustrated spinsters and rich dowagers

I found that, since my last academic research, more work had been done on the representation of the old woman in films. For example, a paper by Elizabeth Warren Markson from 2000 found no change in the portrayals of old women in US films between 1929 and 1995. The same ageist stereotypes were still in place: self-sacrificing or controlling and domineering wives and mothers, frustrated spinsters and rich dowagers. As our contribution to the conference, we decided to examine the films produced in England between 1997 and 2006.

We found 17 films featuring an old woman; many more than we expected. Our findings were very instructive for us and the report was accepted for the conference, but rejected for the conference book. The paper was deemed not academic enough and the changes we were asked to make were not acceptable for us. It is true that our findings raised more questions than answers, but it was a work done by a grassroots group of old women about old women and did not seek academic status but recognition. 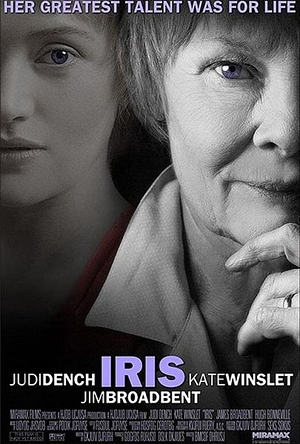 One of our findings was that two, albeit minor, films that we as old women found worth viewing were badly distributed, advertised or targeted. 2002’s Mrs Caldicot’s Cabbage War and 1999’s Hold back the night had combined audience of 4,917 people. On the other hand, three films that we found disturbingly ageist and sexist (Iris, The Mother and Notes on a Scandal) benefited from huge publicity and were seen by over 2 million people. Perhaps the first two films were not ‘great films’ but they dealt with issues that we recognised as relevant to us. The other three films depicted being defeated by Alzheimer’s disease, destructive intergenerational desire and predatory sexual behaviour and, because they were extremely well made, these are the images the majority of viewers will remember. The seductive power of big budget films made them acceptable even to women.

By 2009, the group was running out of steam. It became more of a social group than a group of women studying films. A new social enterprise cinema opened in Brent and our U3A branch obtained the facility of running a film group at the cinema. It is an all-digitised cinema and we have a restricted choice of films, but we are given complete freedom once a month to programme a film of our choice.

I have, up to now, concentrated again on films about older women. The audience, a majority of whom are women, is bigger than our small select group. I give a background talk before the film and mention its reception and distribution. The exchange of views is extremely interesting and people love expressing their opinions and listening to the opinions of others. It often happens that the audience reactions to the films differ considerably from the critics’ consensus. But I found also that I was frustrated not being able to express my own old feminist’s analysis as this was not an academic course, nor could I replay certain scenes to shore up my arguments.

I felt restricted by the films that are available for public viewing and by my inability to express my own views on the films. Some – by no means all – of the best films about ‘old women’, by which I mean women over 60, are available on DVD and can only be seen by a few people in a home context.

The fact that there are few films featuring a woman over 40 is now more recognised. However, the real problem with films about women over 60 is not that they are rare but that they are misogynistic and ageist. The ones that are not are just not distributed or programmed.

Rina Rosselson was born in 1935. She got an MA in film and television studies at the University of Westminster in 1998 and has been studying the representation of older women in film since then