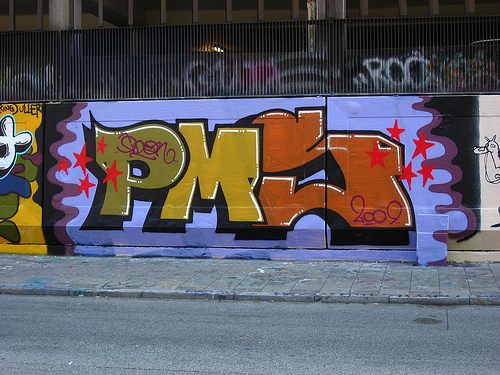 PMS: a square peg in a round hole?

Women who have Pre Menstrual Syndrome are seriously affected by a patriarchal system that often trivialises PMS.

These women are suffering major symptoms throughout their life, yet, incredibly, no one knows what causes PMS in medical terms. Whilst there has been some research into the social consequences for women and for feminism, there is scant medical research into what causes women to spend a quarter of their reproductive lives suffering.

As a consequence of no one knowing what causes PMS, there is no effective medical way to treat it. If you can get your GP to believe that you have PMS in the first place, then there is little she can do for you. Really.

Can you imagine what would happen if 10% of the whole population, including men, started to suffer from something that made them highly distressed, in pain, and unable to work, for one week out of every month? Wouldn’t researchers be rushing to investigate and understand how to treat the sufferers in a fair and equal manner? Instead, women who suffer from PMS often face a bullying campaign. Would sufferers be told that they were making it up, that they were unreasonable, or constantly joked about, if the condition concerned masculinities?

I have suffered from severe PMS all my reproductive life. My symptoms have included severe pain and mood change and, along with many other women, I found PMS disrupted my life to a major extent. Novelist Keris Stainton sums up the extent of the disruption in her own life in this honest article; in my own experiences, the worst aspect of PMS is that once I have ‘admitted’ to it, any passion, anger or annoyance you express is channelled as ‘special lady time’, ‘pre-meditated tantrum’ or ‘hormones’ instead of my informed opinion.

Take the PMS Buddy, for example, which allows men to track women’s PMS for when ‘women in your life are closing in on ‘that time of the month’ – when things can get intense for what may seem like no reason at all’. No reason at all? In fact, my PMS identity merely allows me less censorship of my feelings and how I really want to live. So the ‘no reason at all’ is actually my opinion that I feel more like expressing at certain times of the month. Instead of being caught up in the normalising of my behaviour, which I have rehearsed in the patriarchal system since childhood, I accept PMS as part of my difference, my femininity. This doesn’t ‘cure’ it, but it stops me feeling guilty about no acting how other people think I ‘should’.

I spent ten years studying PMS and other often trivialised aspects of women’s health, and came to the conclusion that PMS can’t be cured, and anyone looking for a cure is not understanding the nature of PMS. And, if it’s a natural occurrence, why is PMS so demonised?

My self-care is the same as advice I would give to any women who suffers from PMS: take a look at the way your life is organised around patriarchal systems. In order to live with your PMS – it’s not going to magically go away – try to organise your life in a way that helps you to take care of yourself around sensitive times, in ways that suit you. Don’t try to hammer the square peg of women’s health into a pre-shaped misogynistic round hole, fight for the freedom to express your own identity. Make the world work for you for a change. Women don’t need a pill or potion for PMS; they need the freedom to organise their lives in the way they best see fit.

Image by flickr user ruminatrix, shared under a Creative Commons license. It depicts graffiti on a wall reading “PMS”