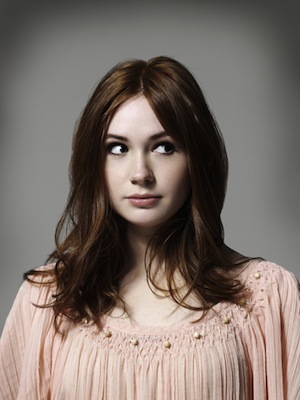 All the TARDIS Ladies

Remember 2010? Remember when Amy Pond hit our screens as the new companion in Doctor Who? The camera panning sexily up her legs to reveal her in a police uniform?

I do. And I remember being both happy and appalled. The shot placed her firmly in the category of ‘sex object’: just a pair of legs and a sexy uniform. But I decided to try and look past this, focussing on what Amy was. A police woman. A strong female character: a woman with a career who contributes to the community. Excellent.

Ten minutes later the episode showed me how foolish I’d been to try and see the positive.

“I’m a kissogramme,” Amy revealed, dramatically, “I go to parties and I kiss people, it’s a laugh.” The Doctor just looked on in horror.

The revelation that Amy used her sexuality and body to make money was a blow, when I had thought she was an inspiring police woman. But, again, I thought, maybe it’s not all bad. Maybe being a kissogram is something Amy has chosen and wanted to do? However, Amy was shown to be embarrassed by her job, wishing she did something else.

This view of Amy’s job was reinforced by the slut shaming that accompanied Amy’s costume; a clear trend running through the episode. From the Doctor’s disbelief at Amy’s job to the knowing looks of the old lady as Amy desperately tried to cover up her profession.

The female characters are portrayed as strong women; they’re brave and often save the day, but wouldn’t it would be better if they had strong careers or at least some aspirations in life to accompany this?

On one hand, clearly Amy and her uniform were there to be sexualised. There for the male gaze. However, on the other, we got the message that it was somehow wrong for Amy to be dressing this way and that she was ashamed of it. 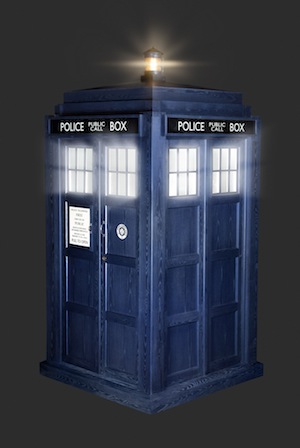 In Doctor Who there is often a lack of direction in life for the female leads. It’s very disappointing to see character after character not have any aspirations. The female characters are portrayed as strong women; they’re brave and often save the day, but wouldn’t it would be better if they had careers or at least some aspirations in life to accompany this?

Of the recent companions only Martha had a career. She was a medical student with a clearly defined purpose in life and a brilliant set of attributes: brave, strong, caring, knowledgeable, hard working and loyal, though she also had flaws. Martha was a strong character, who was female, rather than a strong female character.

Unfortunately the writers chose to make Martha fall in love with the Doctor. This unrequited love eventually caused Martha to leave the show. Making her ultimately defined by her relationship to a man. This coming off the back of Rose’s love for the Doctor, was an over-used trope that wasn’t needed.

The ultimate achievement of Amy, Donna and Rose is getting a man

The sexualisation of the companion/Doctor relationship, connotes that the women cannot join the doctor just for the adventure of travelling in time, for the wonder and the mystery of it all. Instead they do it because of him not for themselves.

This trope was subverted and played for comedy to great effect during the Donna era. Donna and the Doctor were constantly reassuring people that they weren’t dating. Donna was the one recent companion who did travel in the TARDIS for the sheer adventure of it.

However, Donna wasn’t exempt from gaining gratification through men when it came to how the stories of the companions ended. The ultimate achievement of Amy, Donna and Rose was getting a man: married to Rory, engaged to Shaun and fobbed off with the alternate version of the tenth Doctor, respectively. Even Martha was unceremoniously stuck in a relationship with Mickey.

And then there was River. There were many things the show got right about River, like Martha she could also be classified as strong character, female. River’s sexuality was one of her weapons and she was proud of it; she used it to her advantage.

She was an older woman, something that was otherwise lacking in this series with tremendously young female leads. River was resourceful, intelligent and determined. She also had clearly defined careers goals and we saw her achieve them during the most recent series when she earned her PhD.

But her life and actions were defined by the Doctor. Her education, the fact that she became an archaeologist, her whole career path was driven by him, she wanted to track him through time. Ultimately, when she knew she’d never see him again, she sacrificed herself to save his life.

The Doctor’s companions seem to play at being equal but we know ultimately it is the Doctor who calls the shots. And, as the Doctor is always male, there is a limited scope for female power in the show. Women are always relegated to ‘helpers’, a common stereotype.

Though I love Doctor Who dearly, I hope some day we can readdress the power imbalances in the show somewhat, by having a female Doctor.

Because why not? Wouldn’t it be fascinating and exciting to follow a female Doctor’s adventures in space and time?

(Editor’s note: I vote for Tilda Swinton. And, apparently, Helen Mirren has thrown her hat into the ring.)

All images from BBC pictures.

Hope Dinsdale is a third year university student studying English literature and Journalism. She spends most of her time wishing she could just read books for a living.