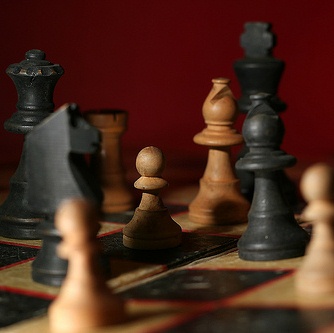 MP Diane Abbott has been forced to apologise for a tweet she sent yesterday during a discussion with journalist Bim Adewunmi about the use of the terms “the black community” and “black community leaders” in the media. The offending tweet read:

White people love playing ‘divide & rule’. We should not play their game #tacticasoldascolonialism

Cue outrage about this apparent racism…

Deputy Prime Minister Nick Clegg said Ms Abbott’s comments on twitter were a “stupid and crass generalisation” and that she should apologise and explain her remarks.

Conservative MP Nadhim Zahawi told BBC Radio 5 live: “This is racism. If this was a white Member of Parliament saying that all black people want to do bad things to us he would have resigned within the hour or be sacked. For a shadow minister to hold these sort of views is intolerable, it is wrong, she needs to go.”

…followed by me spluttering obscenities at the World at One over my cheese on toast. This seems to me a classic example of mistaking a description of oppression and discrimination for oppression and discrimination itself. It is a fact that white people have historically played “divide and rule” in order to further and retain their position of power and privilege. And it is a fact that this tactic continues to this day in the UK, albeit in less grandiose ways than the enslavement of entire nations. The disproportionate use of stop and search powers against black youths is just one example of this.

These facts do not mean that every single white person jumps out of bed in the morning and marches out the door determined to do battle with any non-white faces they come across. But in order to tackle racism, activists like Diane Abbott need to be able to name and describe it, and that means making statements about white people’s behaviour and attitudes towards black people. It’s no different from feminists making statements about “male violence against women” – it’s a gendered issue, so we name the problem (men’s violence) in order that we can address it. This doesn’t mean that every single man commits violence against women.

These kind of descriptions of oppressive behaviour do not in themselves further any kind of oppression. How exactly are white people being harmed by Diane Abbott’s comment? If white people had historically been oppressed in the UK, and one of the ways in which this oppression was maintained was through the propagation of the stereotype of whites as malicious, nasty people who love to cause rifts and lord it over other people, and this stereotype was used to justify laws preventing them from standing as members of parliament or sharing public transport with non-white people, THEN Abbott’s comment would be racist and discriminatory. THEN Nadhim Zahawi’s comparison with a white MP saying that all black people want to do bad things to white people would make sense.

However, this is not the case. It is black people who have suffered and continue to suffer racist discrimination, not white people, and his comment ranks among the most ill-thought-out and opportunist I’ve heard for quite some time. That Abbott was apparently forced into deleting her comment by a white, male party leader who “made it very clear in no uncertain terms that the contents of the tweet were unacceptable” just makes my skin crawl.

Photo by wolf 359, shared under a Creative Commons Licence.