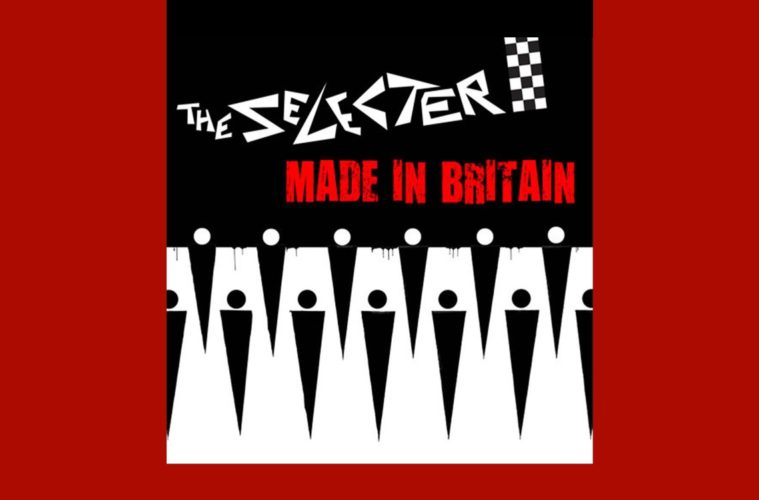 Made in solidarity: The Selecter in the 21st century

The Selecter brought us their 2 Tone sound when right wing politics was dividing a nation. Helen G reviews their most recent release Made in Britain and finds their music -new and old- to be as relevant today as their most famous tracks were in the 1980s

It’s often said that hindsight is 20/20 but perspectives gained from the passing of time seem to show that the effects of the burgeoning of punk rock in the mid-1970s have been almost seismic in scale. This genre undoubtedly had a transformative influence on socio-political and (sub)cultural activism, with its support for a range of anti-authoritarian ideologies and philosophies, along with its DIY ethic shaking up the moribund music industry of the time.

For me, punk rock’s embracement of the “radical idea that women are people too”, along with a love of the ska, rocksteady and reggae emerging from Jamaica, had a huge personal influence and this continues over 30 years later. I was in my early twenties during the mid-1970s and, to be blunt, much of the early punk music passed me by. Musically, it seemed to me that bands like The Sex Pistols and The Ramones were doing little more than recreating 1960s garage rock and I often found myself more into the dub reggae records that were regularly played through the PA before and between the live sets at punk gigs.

Meanwhile, there were many women making music – The Slits and X Ray Spex come immediately to mind – but there seemed to be few women working in the reggae idiom. Many bands would drop one or two tunes with that syncopated backbeat but I wasn’t hearing anyone who seemed to have fallen for it as completely as I had. That changed with the 2 Tone sound coming out of the West Midlands in the late 1970s: The Specials and Madness received a lot of attention but the one album that really hit home for me was The Selecter’s Too Much Pressure in 1980. It had everything: a heady brew of punk, ska and reggae music, politically conscious lyrics and the raw, passionate vocals of iconic singer Pauline Black – dubbed the ‘Queen of British Ska’.

The Selecter had a certain amount of commercial success, charting three times within six months with ‘On My Radio’, ‘Three Minute Hero’ and ‘Missing Words’, but split in 1981, shortly after the release of their second album Celebrate the Bullet. From there, Pauline Black moved into working in theatre, TV and film, before reforming The Selecter in 1991 and then taking a sabbatical in 2006 to write her autobiography, Black By Design: A 2-Tone Memoir, which was published by Serpent’s Tail in the summer of 2011. Never one to let the grass grow under her feet, she reformed a version of The Selecter in 2010 with guest original singer Arthur “Gaps” Hendricskon and the band has toured extensively in the UK and Europe. It is this line-up that have recorded the new album, Made in Britain (released last September by Vocaphone Records) and from where I’m sitting, it makes a fine companion to anything you might have heard on 2 Tone back in the 1980s. Although digital technology occasionally adds its distinctive sheen to the sound, the production never overshadows the performances – which retain the superficially easy-going grooves of ska and reggae – or the lyrics.

Opening track ‘Big In The Body-Small In The Mind’ is a reworking of Woody Guthrie’s ‘All You Fascists Bound To Lose’ and sees the band clearly setting out its anti-racist agenda. It finds the two original members of The Selecter in fine form, backed by a solid rhythm interwoven with a sinewy horn section. It’s followed by ‘Fuck Art, Let’s Dance’, which looks back at the band’s past, paving the way for a stunning cover of Amy Winehouse’s ‘Back To Black’ with perhaps some of the most soulful vocals Pauline Black has ever recorded.

‘My England’, in particular, makes the point that, while many things have changed in society over the past three decades, too many issues remain the same: racism, disenfranchisement, disempowerment, unemployment, poverty, cuts in public services, the seemingly unstoppable rise of right wing politics and the marginalisation of a sizeable proportion of the population from a ruling elite fixated on the twin fetishes of consumerism and materialism. Nowhere is this more strikingly underlined than in the inclusion of a new version of ‘They Make Me Mad’ from 1980’s Too Much Pressure album, the lyrics of which are as relevant as they ever were in their attack on the divisive rhetoric of the privileged:

Now that things have changed

I make my mind up for myself

I look back on all those words

There’s little meaning in their sound

Closing the album, ‘Second Skin’ reminds us that a multicultural society is here – as it has been for many years – and that the acceptance of this by the powers that be is still sadly lacking. Almost picking up where the original band left off, Made in Britain is solidly rooted in the band’s origins in 2 Tone and the lyrics explore the social and political issues which continue to face us all in 21st century multicultural Britain. Interviewed by Alistair McGeorge for Female First in the same week that the 2011 riots happened, Pauline Black has said:

To my mind, this is very much similar to the situation when 2 Tone was around at its height in 1981. If you take away the money from those kinds of areas, and it’s just year upon year of people have cut-backs, all those things going down the drain… this is what you reap.

We’re completely split down the middle in terms of black and white in our band. I feel that it’s a very strong message to put out there these days, what 2 Tone stood for. 2 Tone was standing for multiculturalism when the word hadn’t been invented. In fact, the word racism had only just been invented at that time to define that feeling.

If there’s one thing that strikes me from listening to Made in Britain, it’s how many parallels still exist today to the society which saw the coming of punk, New Wave and 2 Tone. This is music with a message which is as relevant to our times as it was 30 years ago: a multicultural society has more to offer us all if we unite to fight our common enemies – particularly (but not exclusively) sexism and racism – rather than fighting each other over lines drawn in the sand by those who benefit from keeping us divided.