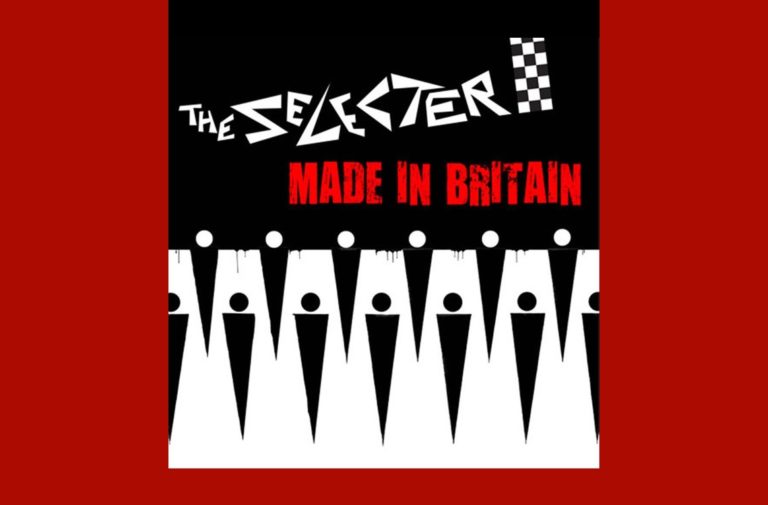 New review: The Selecter’s Made in Britain

“I think we were probably the first [band] to start talking about racism and actually take -if you like- the race question out there and start informing people about it.”

Late 1970s Coventry was not only a place of excitement and creativity, musically speaking, but also a force for cultural change. As The Selecter’s Pauline Black discusses as a guest on Radio4’s most recent Saturday Live, informing people was part of 2 Tone’s agenda.

Nominated for this year’s London Book Awards (taking place in June), Pauline has continued a successful entertainment career since The Selecter’s split in 1982, with accolades including a Time Out Best Actress award for her portrayal of Billie Holiday in the play All or Nothing at All in 1991.

The Selecter made a return last year with the album Made in Britain and Helen G has reviewed it, paying particular attention to the relevance of the lyrics and themes in today’s political climate:

…Opening track ‘Big In The Body-Small In The Mind’ is a reworking of Woody Guthrie’s ‘All You Fascists Bound To Lose’ and sees the band clearly setting out its anti-racist agenda. It finds the two original members of The Selecter in fine form, backed by a solid rhythm interwoven with a sinewy horn section. It’s followed by ‘Fuck Art, Let’s Dance’, which looks back at the band’s past, paving the way for a stunning cover of Amy Winehouse’s ‘Back To Black’ with perhaps some of the most soulful vocals Pauline Black has ever recorded.

‘My England’, in particular, makes the point that, while many things have changed in society over the past three decades, too many issues remain the same: racism, disenfranchisement, disempowerment, unemployment, poverty, cuts in public services, the seemingly unstoppable rise of right wing politics and the marginalisation of a sizeable proportion of the population from a ruling elite fixated on the twin fetishes of consumerism and materialism. Nowhere is this more strikingly underlined than in the inclusion of a new version of ‘They Make Me Mad’ from 1980’s Too Much Pressure album, the lyrics of which are as relevant as they ever were in their attack on the divisive rhetoric of the privileged…