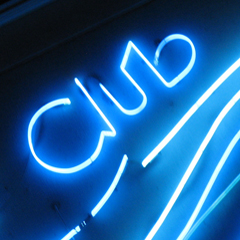 A guest post by Rosie, in which she talks about how her ideas of feminism clashed with her reaction to her husband visiting a strip club. Some readers may find the subject matter triggering, so please approach with caution.

This is a guest post by Rosie, in which she talks about how her ideas of feminism clashed with her reaction to her husband visiting a strip club. Some readers may find the subject matter triggering, so please approach with caution.

“So, we did end up going to a strip club briefly”, says my husband, lolling bleary-eyed against the kitchen cupboards after a stag do in London. “Jim asked me what you would think about it and I said that although you were totally against strip clubs, you wouldn’t get angry with me for going to one. That’s right isn’t it?”

So why am I staring at a patch of floor under the kitchen table and trying not to cry? Why do I want to scream at him? Why do I feel betrayed and hurt and humiliated? The cognitive dissonance is dizzying. I retreat upstairs in silent fury to think about all these confusing feelings before I do or say anything I’ll regret. I ring a couple of friends to ask how they would feel if it were their husbands. They say that although strip clubs are horrible, my husband is lovely, and admirably honest for telling me, and I shouldn’t give him too hard a time. My sister says she would definitely lose respect for the people who took him there – a shift of blame that makes me feel a bit better. And then a thunderbolt of enlightenment hits me. The problem is not my husband, it is me!

What on earth am I doing trying to be alright with my husband and a bunch of his leering mates going to a club where they pay to objectify and degrade woman? What am I, some kind of self-hating fool? How did I manage to twist the definition of feminism in my pretty little head to include endorsing the existence of strip clubs? How on earth have we got into the position where we expect me, a woman, to be cool with him and his mates treating other women in an outdated and offensive way? This is the 21st century! Doh!

I laugh out loud at how stupid I’ve been. The cognitive dissonance disappears. I now understand completely why I feel degraded and betrayed – because by visiting a strip club my normally right-on husband has degraded and betrayed women – and I’m a woman! I go downstairs and make up with him, because after all I was just as culpable of expecting myself to be okay with the casual exploitation of women. Clearly, I have a lot to learn about feminism.

Finally, I tell my husband that if he feels the need to subjugate women as a form of Saturday night entertainment again, he would do well to lie about it when he gets home or face an almighty row. Because this is the last time either of us should assume that this woman will be cool with the oppression of other women.

Rosie is a 36 year old university researcher who used to be an arts journalist.