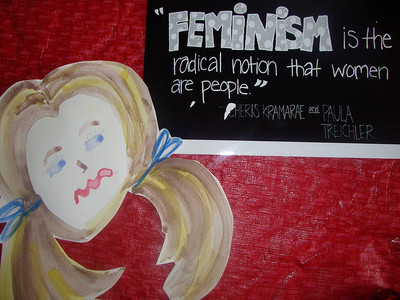 It has been revealed that one of the victims of the Rochdale rape ring reported her rapist to police in 2008 – twice – but he was not charged. As reported in the Telegraph and the Mail, the former MP for Keighley, Ann Cryer, suggested that the reason the charges were dropped was due to the men’s race:

“This is an absolute scandal. They were petrified of being called racist and so reverted to the default of political correctness,” she said.

“They had a greater fear of being perceived in that light than in dealing with the issues in front of them.”

Although this is not the first time Mrs Cryer has tried to attribute general social ills to her belief that the police tread too softly with the Asian community, this theme has gained significant currency on the internet, no doubt in part encouraged by the media (the Telegraph made it the focal point of their article, with the headline “Rochdale grooming trial: Police accused of failing to investigate paedophile gang for fear of appearing racist”) The word on the street – or the net – is that this is what happened.

The Guardian’s take is not from the former MP; they report that: “police initially failed to pursue her case because the Crown Prosecution Service advised them she was not a credible enough witness.”

We know that the victims in this case were vulnerable teenagers from “chaotic” backgrounds, and all had been engaged with social services at some stage. When it comes to ‘credibility’ that will have been an influencing factor.

When a rape is reported to the police, the CPS have to decide whether a jury is likely to believe the victim. They will then charge, take no further action, or ‘no crime’ it – make a record that no crime was committed. They might take no further action even if they accept that she was raped, but think a jury will not believe her – because they are dealing with a hypothetical jury in the society we have, not the society we might like, and that society is one which routinely disbelieves rape victims – just look at the Ched Evans furore.

Whether a woman is believed or not is often down to her presentation. The fictitious ‘perfect victim’ will be white, middle-class, virginal, sober, and a stranger to the rapist. The reality is messier. Research done by the Havens in 2010 shows that many people believe that a victim is at least partially responsible for her own rape in certain circumstances:

The CPS have to decide if a jury – a jury made up of people like those surveyed – will believe a victim or not. Being drunk, scantily dressed, and flirting all make it more likely that the rape will not be charged – and that makes “ladette” or “chavvy” girls less likely to be successful in getting their rapist charged.

Is this right, or acceptable? Hell no, but it’s what happens, and it’s why we need to keep fighting for women, ALL women, to be believed when they report rape.

To those people who say that it’s “political correctness” that stopped the CPS from bringing charges against the Rochdale rapist, I snort contempt. In a society that was already stacked against vulnerable girls known to the care system, we add to it that such girls are just not believed when they report rape, although it goes without saying that they should be.

So before you damn the CPS as blithering toadies to an improbable PC conspiracy, have a good look at yourself, society. Have you ever suggested that a rape victim was making it up? Attention seeking? Asking for it? Have you ever been one of those who thinks a girl in a skimpy dress deserves it, or should have known better, or that a promiscuous girl was no better than she ought to be and probably consented? If so, you are a little bit responsible for that 2008 decision not to charge.

Uncomfortable with that? We ought to be. It is imperative that we believe victims when they report, regardless of their sexual history, intoxication levels or socioeconomic background, or we are all, collectively, responsible for child rape.