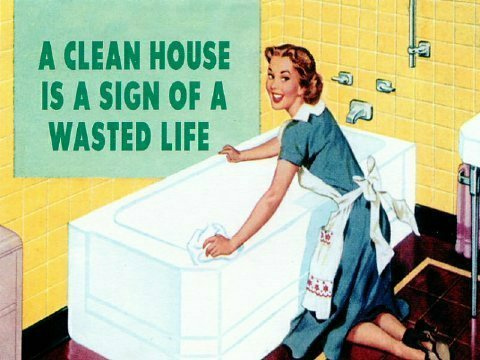 The indefinable definition of feminism

feminism► noun [mass noun] the advocacy of women’s rights on the ground of equality of the sexes.

►adjective relating to or supporting feminism

It’s odd the shock that the declaration ‘I’m a feminist’, or ‘I advocate feminism’ can elicit. I doubt if I was to declare that I was a socialist, an anarchist, a tory, that it would provoke such questions. There seems to be a weird fascination, a certain taboo that surrounds the term. In general terms, people are unable to see beyond stereotypes when it comes to feminists. On numerous times I’ve been asked when I’m going to ‘become a lesbian’ and when I’m going to ‘cut all my hair off’. Most of the time, I find such responses funny, if not predictable. People are scared of the unknown, and for many, feminism is just that – it holds a certain sense of antiquity, as if it’s been relegated to the past and is now irrelevant. Feminism, for so many is such an alien, ungraspable concept that when they meet someone who openly declares themselves a feminist, they want to solidify what it actually means to be a feminist and what that actually entails. They seem to crave a definitive version of what feminism actually is; or realise its instability which will enable them to successfully discount it.

I’m wary of such definitions. Feminism isn’t something solid and wholly definable. It is an unstable term, but for me that is one of its merits. Undoubtedly there are certain aims of feminism which are common to all of its strands, but equally it is subjective. What feminism means for one woman will mean something wholly different to another woman. Which is why it is impossible to impose an over-arching, hegemonic discourse upon feminism. But also why such questions and such a need for a definition is unsettling.

Someone once asked me how I could possibly dare to call myself a feminist and still strive for a breakdown of gender stereotypes. After all, inherent in the word ‘feminism’, is the idea of a segregation of gender, an innate difference between men and women and as a result it is self-defeatist and self destructive – what it strives to undermine it, through its very name, serves to reinforce. At the time I was speechless and absolutely furious; I saw the sense in the argument and as a result briefly saw the possible limitations of ‘feminism’ as both an ideology and a movement. What resulted was an ideological crisis. Sure, I know that feminism has nothing to do with creating a world where women are superior to men. I knew that feminism does not have one blind, all consuming, and furious purpose. I knew that it is possessed of hundreds and hundreds of different strands and facets. I also knew that his argument against feminism was limited and reductive, but I couldn’t say exactly why. I could not articulate a solid and impenetrable argument as to why he was wrong.

Laughably it’s taken me several months to realise what I should have said to him there and then. The origins of the feminist movement were to ensure equality between men and women, yes, and to bring to an end thousands of years of male dominance and female oppression. Obviously it had the interests of women at its very core. But feminism has changed; just as all movements and ideologies do, it has progressed and expanded and in a way mutated. Women’s rights will always be at the heart of the feminist movement yes, but more importantly it is human rights which are at its core. For me feminism’s aim is to see the destruction of a patriarchal system which does not just imprison women but all of humanity. Men are not the culprits here- patriarchy is, and men are just as entrapped by patriarchy as women are, just as the Wall Street Banker is as much entrapped by capitalism as the anti-capitalist activist. We are not rallying against individual people, individual genders, individual classes; we are rallying against a dominant belief system – one which has all of humanity by the throat.

To truly understand feminism, one has to look beyond the label. It’s true that if you are thinking in terms of semantics, then yes, ‘feminism’ is a somewhat reductive and oxymoronic term. But that in itself is a reductive attitude, and you yourself are guilty of imposing those limitations. If you are to think in such imprisoning modes of thought, you may as well throw up your hands and surrender to the world we live in. There is nothing progressive about such a declaration. Linguistically, feminism is tied to women, but symbolically, it goes far, far beyond that. Words are signifiers, but what is signified can be wholly different.

Language is in itself phallocentric and, as a result, a tool of patriarchy. It is part of a Symbolic Order which forces us to view the world in terms of binaries (day/night, man/ woman, culture/nature, love/ hate) and as a result, artificially creates divides and a hierarchical mode of seeing. If you chose to think of ‘feminism’ in terms of its Oxford University Dictionary definition, then you chose to view the world in terms of such binaries. Such restricted thought results in the conviction that feminism must be part of a binary, it must have an enemy, an opposite and naturally there must be a group who are marginalised and excluded from it. This causes people to flatten and compress feminism into a narrow, aggressive ideology which is solely reserved for women, is purely concerned with women, is filled with hostility towards men, is tied to an elitist attitude and, as a result, lacks transcendentalism.

But it is possible to reclaim language and to see beyond definitions which are tied to and inextricable from patriarchy and its resulting binaries Ultimately, this will result in us having taken certain steps to rid ourselves of the ‘ideology of domination’. Feminism does not signify a belief system that is tied to the feminine alone, instead it is expansive and wide-ranging awash with ideas of freedom and liberty and equality. Feminism is an unstable term and in this instance, this instability is positive. There is not one totalitarian definition of feminism, instead it encompasses innumerable strands and nuances. Do not think of it in terms of a binary, because such thinking is dangerous. Instead it is part of a dialectic and an all-encompassing fight against oppression.

‘Feminism is not simply a struggle to end male chauvinism or a movement to ensure that women have equal rights with men; it is a commitment to eradicating the ideology of domination that permeates Western society on various levels- sex, race, class to name a few- and a commitment to reorganizing… society so that the self-development of people can take precedence over imperialism, economic expansion and material desires’ – bell hooks

The photo is of a caricature of a woman cleaning the house, posted using the creative commons license from thisgeekredes.