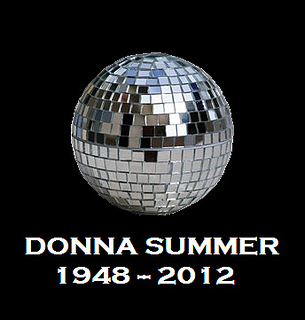 Song of the day: Donna Summer – State of independence

While one of the late, great Donna Summer’s less well known songs, the post-disco ‘State Of Independence’ is a quietly understated masterpiece.

It was written by Jon Anderson and Vangelis, and originally appeared on the 1981 Jon and Vangelis album The Friends of Mr Cairo but when released as a single failed to chart.

The Donna Summer version was released in 1982 and, while a hit, did not achieve the stratospheric sales of, say, ‘Love to love you baby’, ‘I feel love’, or ‘Hot Stuff’. The synthy take on calypso, coupled with an all star gospel choir, represented a more unusual, more offbeat sound than previous. There is a spiritual, and liberating quality to the song that remains even now.

Post-fall from grace as a gay icon, post-atonement, post-S/A/W euro disco period, post rock’n’roll hall of fame nomination but not induction, it was oddly touching to hear one of the interviewees in Donna Summer’s obituary on Radio 4’s Last Word specifically pay tribute to the uplifting transportive powers of Summer on ‘State of Independence’. Long may both she, and it, be remembered.

Tribute to Donna Summer, a disco ball with the words ‘Donna Summer 1948-2012’, by Mike Licht, NotionsCapital.com, used via a flickr creative commons licence

Video commentary: ‘State of Independence’ shows Donna Summer walking around a city, possibly New York followed by a camera crew, meeting people and singing along the way. It ends with Donna singing on a beach at sunset