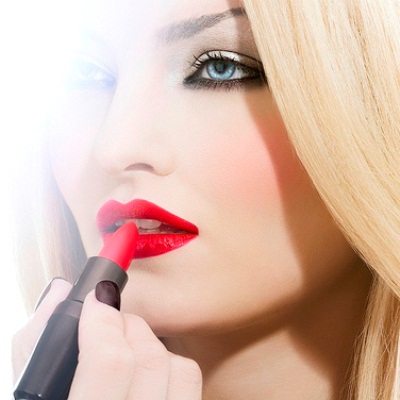 According to a Guardian interview, Laura Jane Grace of punk band Against Me! doesn’t look "like a woman". Laura asks what this even means…

Decca Aitkenhead’s Guardian interview with the lead singer of punk band Against Me!, Laura Jane Grace, doesn’t get off to a good start. The singer’s announcement in Rolling Stone earlier this year that she is actually female, not male, is framed in terms of shock and transgression, with the repeated use of male pronouns and emphasis on her former name and male status as a father. Indeed, we are repeatedly reminded throughout the piece that she is only now “becoming” a woman, despite Grace making it clear that she has always seen herself as female.

The narrative is depressingly familiar and disrespectful – the former man trying to make it as a woman – even if Aitkenhead does coat it in condescension and ignorance rather than mockery:

I want to ask Grace how her marriage can be gender-blind, when gender dysphoria has been the defining affliction of her life. If a soul should ideally transcend gender, why does she need to become a woman? Afterwards I wonder why I didn’t. It’s partly, I think, because I liked her so much – and partly because of the unspoken code that seems to prohibit close questioning. […] The approved emotional response to her story is nonchalance – and if it’s what she wants and needs, I’m happy to oblige.

If Aitkenhead had done her research, she would have known that “why does she need to become a woman” is the wrong question. And as Julia Trypanis says in the comments under the piece:

This implicit assumption is that you need to avoid asking us questions that would, presumably, distress us to the point at which we could not answer, or that we’re just incapable of answering to in our misguided state, that you have to make an effort to be nice. […] Statements like this contribute to the sense that the writer feels that they are labouring under the onorous burden of tolerance and editorial guidelines.

Then we have the obligatory and objectifying focus on Grace’s medical status (as if it’s any of our business) and the hyper-feminisation used to make trans women’s femininity appear frivolous: Grace “strode on to the stage in high heels and full make-up” to open her first gig after coming out. Would a journalist really feel the need to tell us that Lady Gaga, or any other cis female singer, wore FULL MAKE-UP on stage? But I guess they aren’t freaky men trying to pull off being women, right?

All of which is pretty darn unhelpful in terms of normalising the existence of trans people and tackling transphobia, though massive kudos to Laura Jane Grace for doing what she can to increase trans visibility, regardless of the less-than-ideal attitudes of the media bods interviewing her.

Sure, we all know what women are supposed to look like – we’re bombarded with images of this perfect, feminine creature every day – but it’s also patently obvious that the vast majority of us don’t look like her. And those of us who do, do so through artifice. In Western society at least, looking like a woman requires some combination of body hair removal, make-up, push-up bras and hold-in pants, heels, hair extensions, fake tan or skin lightening cream, fake nails and plastic surgery, among others. “Looking like a woman” has no basis in reality. It is a simply a game designed to keep us – both cis and trans – under the thumb of our capitalist, patriarchal overlords.

And whether cis or trans, we can’t win. Should we manage to reach the heady heights of “looking like a woman”, we become fair game for sexist discrimination, because by ensuring we look as little like men as possible we’ve proved we really are a different species to them, one that deserves to be treated differently and sexually exploited – we asked for it by looking like that, right? Should we fail in our attempts or refuse to play the game, we’re not “proper” women – but because we’re not men either, we become othered and deserving of a different kind of derision and discrimination, often coupled with transphobia and lesbophobia. Either way, we are at risk of violence and abuse due to the way our gender is perceived.

We do what we can to minimise this risk while being true to ourselves, negotiating the game of “looking like a woman” as best we can. For trans women like Laura Jane Grace, adopting a stereotypically feminine appearance and mannerisms can be both a requirement to accessing medical care, and an exercise in self-preservation, given that they face horrific levels of transphobic violence and murder. That trans women are routinely mocked both for their femininity and for looking “like men” just underlines how cruel the game is.

None of this is going to end until we stop policing each other’s gender and appearance. Looking like a woman and, indeed, looking like a man, are the requirements of a cissexist, heterocentric, oppressive social system that needs to be dismantled. We need to start accepting other people’s gender identity and presentation – no back story, medical status, justification or before and after photos required.