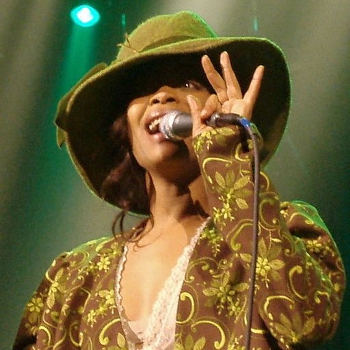 The concept of “baggage”, both literal and emotional, is something we women are well-used to having thrown at us. We’re often told that our thoughts are excessive (“Chill!”) or find that the worries and insecurities that make us human are all-too-easily dismissed as “neurosis” rather than insightful commentaries on the human condition. (Of course, all that’s not to say anyone should have every thought treated as if it’s a work of potential genius. It just seems to me that a man sharing his ‘baggage’ and petty-but-quirky ‘issues’ tends to attract more adulation than an equivalent woman doing the sharing.)

Then there are the so-called “female fripperies” that we’re conventionally expected to adopt, often while being simultaneously lampooned for doing so: the handbags full of make-up and whatever other must-haves we’re sold for going about our daily business.

As women, it’s easy to get angry about patriarchy trying to have its cake and eat it by attempting to mould us into visions of beautiful streamlined simplicity (all the right convenient behaviours and presentation, without any of the “baggage” to go with it). In a wider sense, it’s sometimes hard to decipher between everyday oppressive attempts to gloss over the problems and laborious processes that help shape the lived experiences of oppressed groups and the crap and mess we really don’t need in our lives. The stuff we shouldn’t waste another minute on for our own sakes.

But that doesn’t mean we shouldn’t try and, for me, that’s why Erykah Badu’s ‘Bag Lady‘ is such an insightful song:

“Bag lady you gone hurt your back

I guess nobody ever told you

All you must hold on to

One day all them bags gone get in your way…

You can’t hurry up

Cause you got too much stuff…“

Admittedly, the lyrics go on to act as a metaphor for weighing down personal relationships with emotional baggage but it’s hard for a hoarder like me not to take some highly literal advice from them! Indeed, crunklife from the Crunk Feminist Collective adds an element of critique in this area when she talks about the song in the context of Hurricane Irene (“I rummaged for ways to salvage stuff in the midst of a hurricane when Badu pleaded to the self-proclaimed bag lady on a drained battery to let it go”).

This reading works in tandem with the metaphorical one about the retention of unhelpful emotional constraints. As pointed out by Alyx at Feminist Music Geek, ‘Bag Lady’ is a song that “at first seems to be an indictment about women who enter into relationships with too much baggage. What it ends up becoming is an anthem about personal freedom and empowerment, with Badu encouraging the woman to break free from her self-imposed shackles, stressing that self-love will make it better…” To quote an academic paper focused on the healing power of Black Feminist Creative Expression, the song is also about “loving oneself enough to not carry everyone else’s baggage or your own about beauty, single motherhood, physical abuse, or drugs“.

It’s no secret that Badu herself identifies as a humanist rather than a feminist. However, with beauty-myth busting tracks such as ‘Cleva‘, challenging videos like the one for ‘Window Seat‘ and her witty takedowns of the pressure on women in the music business to forget the music and focus on the butt implants, she will always be a woman widely loved by feminists.

Note on the two main versions of ‘Bag Lady’ appearing on Mama’s Gun:

The Cheeba Sac mix seems to get more coverage but I’ve opted to embed the version produced by Badu herself because Song of the day is focused on the music first and foremost and, for me, this is the definitive and most soulful one; it’s all about the euphoric transition at 2.38: “Girl I know, sometimes it’s hard, and we can’t let go…” The Cheeba Sac version may be funkier but its execution of that all-important bridge seems emotionally flatter to me. It just doesn’t reach out in the way the original version does.

Picture of Erykah Badu onstage in December 2005 (description embedded in image info) by Najmudeen, shared under a creative commons licence.