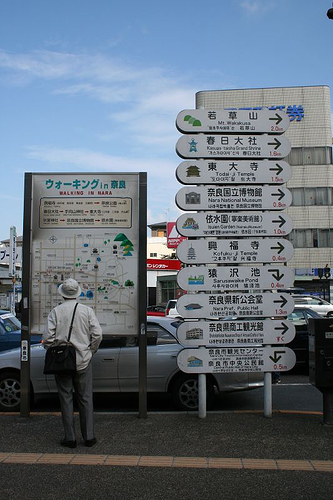 Song of the day: The Nelories – Daisy

From Nara in the Kansai region of Japan, The Nelories were an accordian and guitar-based duo who came to the attention of John Peel (who had them record a session in 1993) and also the Monochrome Set. ‘Daisy’ is the title track of the bands main UK release, and the album was recorded in London in 1993 by Bid from the Monochrome Set and released on the Port Sunlight label Sugarfrost, a C86/twee affiliated label, which specialised in British and Japanese guitar bands.

I have selected ‘Daisy’ because it’s jaunty twee pop tune contrasts with the cautious sexual ambiguity of the lyrics.

On one hand, there is the neutral:

But on the other hand there’s also:

And at the very end of the song:

Given it was released around the same time as Trent Reznor was roaring that he wanted to “fuck you like an animal” on ‘Closer’, this coyness was rather charming as well as oddly appropriate in the wider perceived sexual politics of twee pop: sexlessness and asexuality, combined with an ultimate childishness being de rigeour

These day, guitarist Kazmi Kubo performs under the name Kazmi With Rickies, whereas singer and accordian player Jun Kurihara now performs as part of the San Francisco based The Music Lovers, although the two are still in touch.

Picture of Nara in the Kansai region of Japan. Image shows a series of sign posts clustered together, next to a large mounted map. Someone is looking at the map. Image by kristi-san, used via a flickr creative commons licence

Video commentary: Video shows the band the Nelories performing Daisy live. This footage is intercut with footage of the band relaxing and laughing offstage.