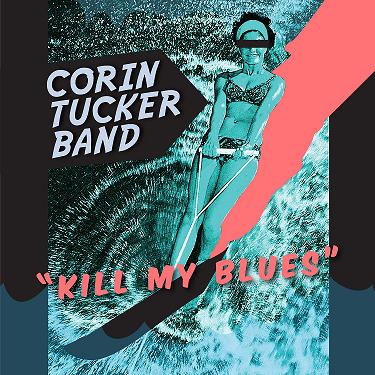 The Sleater-Kinney alumni are not going to be rehashing the same material. There is always the temptation for fans to demand this, but the best reward comes when musicians progress creatively. And that’s what’s happening here 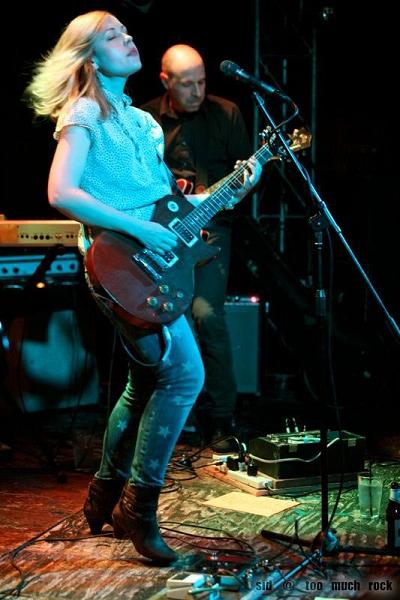 The opening track, in particular, ‘Groundhog day’, expresses Tucker’s exasperation with how little progress has been made towards achieving feminist aims. She sings:

What’s up y’all? I thought we had a plan

for us and women round the globe

Awake now, outside it froze

Instead of going forward, where the hell we going now?

It’s not all protest rock though – songs like ‘I don’t wanna go’, ‘Blood, bones and sand’ and ‘No bad news tonight’ seem to hint at, if not spell out, more personal stories of love, life, grief and parenting.

As you’ve probably guessed, I’m not the most impartial of observers of Tucker’s career. Kill My Blues will particularly please Sleater-Kinney fans, perhaps especially those who were a tad disappointed by the change of pace in 1,000 years. Some of the tracks are, inevitably, stronger than others – and the best seems to be clustered near the beginning of the record.

Obviously, decades on from tracks like ‘Real man’ , ‘The professional’ and ‘I wanna be your Joey Ramone’, the Sleater-Kinney alumni are not going to be rehashing the same material. There is always the temptation for fans to demand this, but in fact the best reward to the listener comes when musicians progress creatively. And that’s what’s happening here.

That said, I feel confident recommending it even to Tucker newbies. You can listen to the whole thing for free on the band’s website here.

Q: What do you think of feminism these days – do you really think we’re just ‘fighting the same battle over and over again’, or have things moved on?

I think the interpersonal dynamic between men and women has progressed, or maybe we are just older and more mature, in my generation. It’s really political power for women that is missing in the US.

Q:There seems to be a seaside influence in both 1,000 years and the new album. Is that right? If so, what’s behind it?

We are close to the ocean in Oregon, it’s always been a love of mine.

I think the band kind of gelled as unit, after touring together and playing together more.

Q: What bands are you listening to these days?

I saw Wye Oak at the Hideout Festival in Chicago and really enjoyed them.

Q: I know everyone must ask you this, but our readers will be dying to know – is there any chance of a Sleater-Kinney reunion?

S-K is still on hiatus now, thanks for asking.

Q: Will you be touring in the UK?

Unfortunately I don’t think that will be possible, but we send our warmest wishes to our UK fans.

Kill My Blues is out now

Second images is of Corin Tucker performing live in Kansas on 12 October 2012. It was taken by sidmuchrock, and is being deployed via a flickr creative commons licence

Jess wishes she had time to go to more gigs