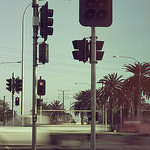 Is ‘intersectionality’ an elitist concept?

Extending the Caitlin Moran twitterstorm a bit further, the main critique of this piece in the NewStatesman today seems to be that we shouldn’t use ‘academic’ words/concepts like intersectionality when we challenge people on their feminist opinions or how they express them, and that doing so is elitist and/or classist.

Some thoughts on this argument and the article as a whole:

1. There’s nothing automatically elitist about the word or the concept of intersectionality. Anyone who has been involved in black feminism/feminism by and for women of colour any time in the last three decades, minimum, is likely to be familiar with the term – as lived politics. Lots of us have also read about it, but you don’t need to be an acedemic or have an MA in gender studies to know the word. You just have to have been involved in fighting sexism from a position of also resisting racism. (Intersectionality is not just about race and gender, but trying to limit myself to the current terms of this debate.)

2. ‘Working class’ does not equal uneducated.

3. Not all educated people have MAs in gender studies.

4. Just because some academics are developing/furthering theories about intersectionality and how it can work doesn’t mean they have a corner on its use – as word or concept. It is pretty feminism 101 for activists (which is not the opposite of academic) these days, as this blog post on the Occupy Wall Street movement discusses.

5. The authors’ examples of what it is to resist hunger and grinding poverty is actually a classic example of why intersectionality matters: most of the world’s poorest people are working class women of colour resisting not just gender inequality but also classism and racism. In fact, sometimes women are living in poverty even when their ‘household’ (the measurement unit most often used in poverty stats) technically isn’t because resources aren’t shared equally within families – demonstrating why tackling sexism alongside classism is so important.

There’s much that can be said for why Caitlin Moran should not be attacked as The Feminist Representative, but the idea that she shouldn’t be called out to have a more sophisticated feminist politics because she grew up working class or because some of her readers don’t have MAs in gender studies is patronizing. She’s a high profile journalist and we’re on the internet – I’m pretty sure both she and we know how to look up any words we don’t know, including intersectionality.

For more on what some self-identified Black Feminists are making of this debate, see here.

Photo of an intersection with a red light and left turning signal, by lukeroberts, shared under a Creative Commons License