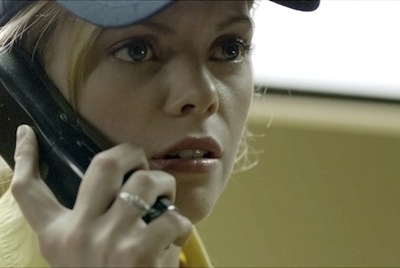 TRIGGER WARNING: Includes a description of sexual abuse of a young woman

When there was so much to celebrate for women at this year’s BFI London Film Festival which took place last month, it seems wrong to dwell on the negative. Women were present as directors and producers in the 56th year of the festival: Sally Potter returned victoriously with her new film Ginger and Rosa and Wadjda made history as the first film to be directed by a Saudi Arabian woman. Women were no less present onscreen. Across this fortnight of cinema, the lens documented famous women’s lives (Love, Marilyn and Free Angela and All Political Prisoners), it focussed on their struggles internationally (Virgin Margarida, Tall as the Baobab Tree, The Patience Stone) and it showed some spectacular female performances (Antonia Campbell-Hughes in Kelly and Victor, for example). I could go on. Unfortunately, among this progression, another film chose to revert to outright misogyny.

You may have already heard about Craig Zobel’s Compliance – or more likely about the audience walk-outs that it received. In a repetition of events at the Sundance Film Festival earlier this year, midway through the London Film Festival screening at least 20 people left, some verbalising their disgust as they did so. “What a piece of shit!” was yelled more than once. Unfortunately, such reports have only served to sensationalise the movie and I suspect are responsible for its inclusion in the festival in the first place, rather than being thrown into the bin where it belongs.

I’d like to pretend I never saw Compliance, but as I did now I feel it’s important to write this review if only to dispel this air of controversy. Coverage in American newspapers and on numerous blogs has misrepresented the movie as “edgy” and objections to it as people’s discomfort with the subject matter. Some critics have given it four or five stars when it is just a straight-out disgusting and damaging film. There is no debate. And here’s why.

The filmmakers present their work as a “psychological thriller”. Based on a criminal case from Kentucky in 2004, Compliance dramatises the events that took place during a shift at a fast food outlet following a hoax call from a man posing as a police officer. The caller tells the manager, Sandra (Ann Dowd), that one of her staff has been accused of stealing a woman’s purse: a young, blonde woman that Sandra identifies as “Becky” (Dreama Walker). Confining Becky to a backroom, the caller convinces Sandra to conduct a strip-search of the accused, leaving her (naked but for an apron) with a male colleague and, later, Sandra’s fiancé who he then persuades to sexually assault her. The purported premise of the film is to ask why people are so obedient and compliant when confronted with what they believe to be an authority figure and it ends by telling the audience that there were over 70 similar “strip search prank calls” recorded in the USA.

The film loses its credibility as a serious psychological or philosophical endeavour when the aggressive, abusive misogyny of the voice on the phone seems to also become the voice of the director dictating how the movie is shot

The film’s foundation in real events is used as a continual justification for the images that Compliance confronts its audiences with. This leads to an assumption that any voices of dissent or people who walk out just aren’t comfortable with “the truth”. Reviews repeating words such as “shocking” and “disturbing” imply that the film, though weighty, has an important and challenging point to make about humanity. The presenter on HuffPost Live, in a segment discussing the film, has suggested that even if the events in the film seem misogynistic, it is not sexist to document them. “These things happened. Right. So you can say that it’s anti-feminist to bring a spotlight to them, but – I mean – these things happen.”

In principle, I agree with this sentiment. Sometimes the most troubling subject matter should be highlighted through the medium of film. That is, if it is done properly. Given the general response from critics, I sat down to watch Compliance with a fairly open mind. When Sandra picks up the phone from the pretend police officer, we hear his words and tone of voice as she does. It is immediately an uncomfortable experience, but one that at this point you still feel you can analyse. A number of times he emphasises: “I have to take the full, final responsibility for this, and I take that very seriously,” echoing findings from the Milgram experiment, which tested participants’ obedience to authority figures.

Dreama Walker as Becky in Compliance, photo courtesy of BFI.

More disturbingly, he increasingly takes a violently misogynistic tone when speaking to Sandra and Becky who at this point are the only two involved. He tells the young Becky to “shut up” and “calm down”, even though she is speaking in a surprisingly reasoned way, considering what she has been accused of, and forcefully insists she call him “Sir” while ordering her to “be a good girl”. With Sandra, meanwhile, he supplements his authoritative instructions with a patronising tone of fatherly approval, playing on her lack of confidence by praising her like a child for how well she’s doing. Repugnant as it is, if this part of the script is modelled closely on the actual transcript of the phone call from Kentucky, it might be one of the only moments in the film we can actually learn from.

The film loses its credibility as a serious psychological or philosophical endeavour when the aggressive, abusive misogyny of the voice on the phone seems to also become the voice of the director dictating how the movie is shot. As the events develop, emphasis is put on Becky’s nude body and the sexual acts performed on and by her to the point that the scenes seem like hard-core pornography.

Compliance is based upon a sickening episode of abuse and, watching it, I couldn’t help but feel the film is revelling in that abuse

It starts with Becky being forced to strip. The camera lingers on the frame of her whole body while she is standing only in her underwear. It feels both unnatural and unnecessary. Even more so when the caller next instructs that her underwear should be removed as well, with the camera’s focus on Becky peeling her knickers down her hips in a strip-tease fashion and standing completely naked.

When Becky eventually is offered something to cover herself with, it is an apron that barely covers her breasts and leaves her back and bottom exposed. To finally confirm the nature of the directorial choices made in this film, the whole screen is moments later filled with a close-up of her side-boob poking out of the apron.

This air of lasciviousness increases through the relentless, consecutive instances of abuse that make up most of the running-time of this film. At one point Van (Bill Camp), Sandra’s fiancé under whose surveillance she has been told to leave Becky, is encouraged to lay Becky across his knees and slap her naked bottom. Each development is dragged out in an apparent bid to create tension, the rhythmic sound of these slaps on bare skin is allowed to echo around the cinema. When Becky is next forced to give him a blowjob, you see her frame bent over before the screen switches to a shot of a straw. It moves up the length of the straw to the spout as if winking at you – suck. When making a film, you have responsibility to handle your subject matter sensitively. Advertised as a thriller, with the tension building up to whether or not a girl will be abused and how far they will take that abuse, Compliance strayed well beyond being insensitive to being sinister.

How inculcated must we be as a society with the abuse of women’s bodies that we tolerate a film like Compliance?

As if that isn’t enough, there is a final injection of misogyny in the way guilt is apportioned in the film. The film begins by placing Sandra and Becky in conflict over their relative sexual attractiveness and adventurousness. Sandra looks enviously and resentfully at this younger, prettier woman, who laughs at her behind her back. Accordingly, the film ends by asking why Sandra allowed this to happen. The man who actually committed the worst of the physical abuse is last seen a long way before the end of the film in his car, breaking down with remorse that he has “done something bad”. However, it is Sandra the audience is forced to watch for the last 10 minutes of the film, in a TV interview after the events in which she can’t seem to answer for her guilt. What makes it even worse is the scene where Sandra’s fiancé first walks into the backroom where Becky is held naked. “How drunk are you?” she asks, the script immediately and boldly invoking one of the most common excuses for abuse in our society: he was drunk, he didn’t know what he was doing.

Compliance is based upon a sickening episode of abuse and, watching it, I couldn’t help but feel the film is revelling in that abuse. If it is not intentional, it still presents a serious issue in an unforgivably bad way. In this respect Compliance undermines its right to prompt questions about the events on which it was based. Instead, I am left feeling there is only one thought of value to take away from this film. How inculcated must we be as a society with the abuse of women’s bodies that we tolerate a film like Compliance? That it can be called “brilliant” in a review in The New Yorker. That there can be a smattering of laughter across the audience as Sandra grimaces at Becky that she must also take her underwear off. They are laughing with incredulity at Sandra’s stupidity, but they can laugh because they have perhaps not yet reached a point in the onscreen abuse of a woman’s body that they feel uncomfortable with.

So there you have it. A cloud of curiosity need no longer hang over this film and we can encourage it to drift into the annals of insignificance where it belongs. Luckily, it seems unlikely that this film will be shown in UK cinemas, not least because they won’t want the hassle of the endless refunds they would be forced to issue to anyone who made the mistake of buying a ticket.

Charlotte Rowland is a recent history graduate from the University of York. Now back in Bucks, she’s hoping to impose some order on her ever-expanding list of aspirations, by taking a year to intern, travel, write and work. Her utopian future involves cooking food, producing TV, writing everything from novels to academic articles, being Julia Bradbury and making a fairer, more feminist world. You can follow her @CharlyRowland