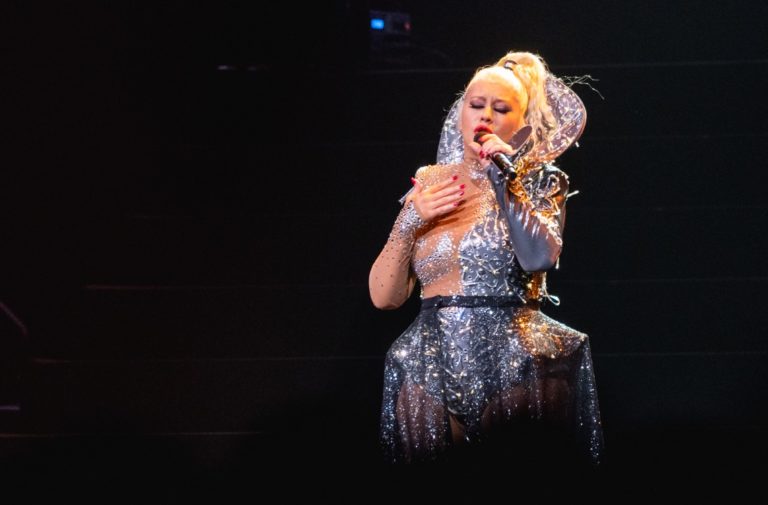 Guest song of the day: Can’t Hold Us Down – Christina Aguilera 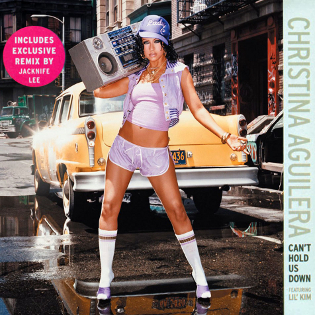 That song’s popularity reminds me of another mainstream R’n’B track that also celebrates female assertiveness against gendered double standards: released in 2003, ‘Can’t Hold Us Down‘ featured on the Christina Aguilera’s Stripped album and was written by Aguilera, Scott Storch and Matt Morris. By this point, Aguilera had already become a target of tabloid scorn, largely over her exuberant heavy make-up and dress (or lack thereof), as well as her willingness to be frank about her enjoyment of sex. The album took the hurt and anger Aguilera felt at being ridiculed, pouring it into songs such as ‘Beautiful’, ‘Fighter’, and the infamous ‘Dirrrty’ (accompanied by a video that makes Frankie Goes to Hollywood’s ‘Relax’ look like a polite tea party). Ten years ago, it was ‘Can’t Hold Us Down’ that most struck me: until then, the only explicitly feminist songs that I’d encountered were by artists that were in no danger of bothering the Top 40.

Musically, the song isn’t groundbreaking: it’s a fairly straightforward funky R’nB melody, sung over hip-hop beats. And while the lyrics may not be equivalent to The Second Sex, their directness and simplicity is what has made them memorable. The opening lines alone neatly express the frustration that women have felt, from school-age to old age:

“So what am I not supposed to have an opinion?

Should I be quiet just because I’m a woman?

What still impresses me about Aguilera’s song is that it calls for female empowerment through widescale solidarity, rather than simply bitch slapping down a man by mocking this (lack of) sexual prowess:

“This is for my girls all around the world

Thinking all women should be seen, not heard

So what do we do girls?

Lift your hands high and wave them proud

Take a deep breath and say it loud

Never can, never will, can’t hold us down”

As one can expect from Aguilera, the video renders the message more complicated – namely, the inevitably miniscule outfits of Christina and Lil’ Kim (although this now chimes with some of the messages behind the SlutWalk protests of recent years, and the men are more scantily clad than the women in the video). The end of the video dwells, through gestures from the women, on the phallic-insults which briefly feature in the track, somewhat undermining the song’s overall message to rise above patriarchal, heteronormative hypocrisy (‘You’re just a little boy / All you’ll do is annoy / You must talk so big / To make up for small lil’ things’). However, the David LaChapelle directed promo benefits from its homage to Spike Lee’s 1989 film Do the Right Thing and it is significant that a track openly celebrating women’s assertiveness features a black and Latina cast. The last shot of the video is particularly effective, showing a mother chanting the words of the song, arm aloft, carrying a wide-eyed baby.

Amy S. Rushton is a writer and university tutor in English Literature who is currently finishing her PhD thesis on the contemporary African novel. She is also a steering group member of the Postgraduate Contemporary Women’s Writing Network (PG CWWN), a group that promotes research in contemporary women’s writing. Aside from her academic work, Amy is a pop culture obsessive who thinks far too much about Lady Gaga, the genius of Joss Whedon, Doctor Who, and the animated films of Pixar, Aardman, and Studi Ghibli. For her musings, follow @amysrushton on Twitter.

In-post image description: Cover of Christina Aguilera’s ‘Can’t Hold us Down’ with round sticker stating that it includes an exclusive remix by Jacknife Lee (not the version in the video in this post). Christina is standing in a pink hat, shorts, jacket and crop top in front of a late 1950s/early 1960s yellow American car. She has a portable hand-held cassette player/radio with built-in speakers (or old-school ‘ghetto blaster’) on her shoulder.

Video description: A street scene with lots of young people hanging out. Cars and people pass, including a man with a portable sound system on his shoulder, while small children jump on a discarded mattress. A person with a shopping trolley filled with bags walks past a wall with ‘Crack is whack’ written on it and children skip. Christina crosses the street in a pink hat, crop top and shorts. A man touches her on the behind as she passes. She turns to address him and sings the first verse. People nearby look on as Christina continues to calls the guy out. More women gradually join her, while a crowd of men gather round the man on the other side.

At 2.25, ‘Lil Kim appears in an open shirt and bikini to deliver her message about slut shaming.

At 3.30, Christina directs a hose at a guy break-dancing and the male group hastily gathers up their portable sound system. The altercation continues and Christina turns to walk down the street. A woman with a child cheers her on, possibly still buzzing from the resistance just shown.

31/01/2013 Update from Holly: Error in paragraph two of the video description corrected. Thanks Chimaechi Ochei for pointing this out to us on our Facebook page.