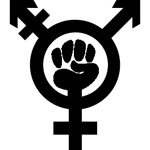 UPDATE 14/01/13: This statement from John Mulholland, editor of The Observer, has just been published:

We have decided to withdraw from publication the Julie Burchill comment piece ‘Transsexuals should cut it out’. The piece was an attempt to explore contentious issues within what had become a highly-charged debate. The Observer is a paper which prides itself on ventilating difficult debates and airing challenging views. On this occasion we got it wrong and in light of the hurt and offence caused I apologise and have made the decision to withdraw the piece. The Observer Readers’ Editor will report on these issues at greater length.

I write on behalf of the F-Word blogging collective to express our disgust and dismay at both the publication and the content of an article by Julie Burchill headlined “Transsexuals should cut it out”, which appeared today in the Comment is Free section of the Guardian website and in The Observer newspaper. In it, Burchill attempts to defend her friend Suzanne Moore following this week’s criticism, using shockingly vile transphobic language throughout. We do not wish to repeat this language, but you can read the article for yourself here, without increasing page views for the original article.

This language is nothing short of hate speech: it fuels the discrimination and violence suffered by trans people the world over. Burchill’s apparent threat to trans women at the end of the article only compounds this.

We are angry that the Observer and – presumably – Comment is Free editors felt it was acceptable to publish this hate speech. Their decision shows complete disdain for trans people and a total lack of concern for their rights and safety.

We call upon both The Observer and the Guardian to apologise and to take action to ensure no further pieces of this nature are published.

Please send letters/emails of complaint to the Observer readers’ editor, who has already stated that he is looking into the issue following the many complaints received today.

You can also complain to the Press Complaints Commission.

A petition demanding an apology can be found here.

As for Burchill herself, we want to make it very clear that she does not represent any kind of feminism that we wish to be associated with. Transphobia has no place in feminism, and fighting it is essential to women’s liberation.