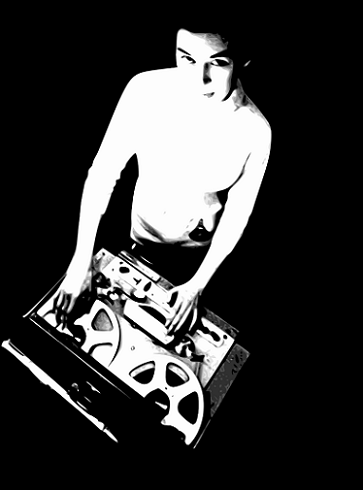 Delia gets her day

I didn’t have a clue what to expect from the Delia Derbyshire Day held at Manchester’s legendary Band on the Wall on 12 January. Although I knew a little about Delia, I mainly just knew that she was considered ahead of her time, had put together the original Doctor Who theme tune and was a celebrated member of the British Broadcasting Corporation’s Radiophonic Workshop. So I’d gone to the day eager to learn more about her and why her work had inspired so many electronic musicians over the past thirty years.

It was heartening to arrive to a packed out venue for the afternoon symposium. It seemed to be a pretty even mix of Delia devotees and people like myself, who loved electronic music and were curious to find out more about her. The symposium kicked off with The Delian Mode, a short documentary film about Delia, by Canadian Kara Blake, who was also in attendance at the screening. The film makes extensive use of the available media of Delia herself, including audio interviews, film/television footage and photographs to chart her musical development and ways of working. “It was important for me to have as much of her voice in it as possible”, Kara explained after the film. The film emphasises Delia’s methods as ground breaking and it’s clear to me how ahead of her time she was, and how much of the music she created over forty years ago still sounds contemporary now.

The film also features interviews with a range of other artists and musicians including colleagues at the BBC Radiophonic Workshop and musicians influenced by her work. Kara describes the film as a “collage of sound and image created in the spirit of Derbyshire’s unique approach to audio creation and manipulation”. I found it to be very poetic and absorbing, embodying the essence of Delia in its production values and visuals, which were suitably matched to the snippets of Delia’s own work. During the question and answer session after the film, Kara explained that the film’s aesthetics were inspired by Delia’s approach to music, leading her to use multiple images on the screen at one time, layering and processing her film.

The interview snippets were fascinating, and overall it was an excellent introduction to this musical pioneer. Hearing the original Doctor Who theme sent chills down my spine, transporting me back to my childhood, when watching Doctor Who was a ritual in my house, the sofa becoming a barrier which I used to hide behind on a weekly basis. I was shocked to find out that the ethos of the BBC Radiophonic workshop meant that Delia got no individual credit (or money) for the theme at the time. Delia’s background was with maths as well as music and this combination led her to approach her creativity in a methodological and mathematical way.

Yet, despite learning about Delia’s methods of working and the inspiration behind her work, there was very little about Delia’s personal life and in what happened to her after she left the Radiophonic Workshop. There were hints in the documentary about alcohol misuse and mental health issues, but this was not explored any further. While this meant that I wanted to find out more about her personal life, it also made a refreshing change for a documentary about a female artist to concentrate solely on her work without having to delve into her private life to explain it or to detract from her accomplishments. It makes a stark contrast to the ways that most female artists are approached by modern media, which aims to expose every element of their private lives, rather than focusing on their talent and achievements.

I was also struck by how gender neutral the documentary came across. There was little (if any?) exploration about any obstacles she may have faced as a woman working with emerging technology in the sixties. The documentary touches only once on her gender during an interview with Delia where it was commented that she must have been an “ardent” feminist, with her responding that she was a “post feminist before feminism was invented”, though this was not explored any further.

This issue was returned to later on during the panel discussion hosted by Manchester journalist Kath Aubergine. Kath was joined by musicologist James Percival, composer Mark Ayres, (who had also worked for the Radiophonic Workshop), and David Butler, who is guardian of Delia’s archive at Manchester University. “If Delia was asked ‘it must have been difficult being a woman’, she would reply ‘no, it wasn’t'” said Mark Ayres. Ayres sketched some of the cultural and historical context that Delia was working in: “Women got a foot in the door during the war and afterwards” he explained. “In the two industries of broadcasting and engineering there were lots of women in top jobs”. The BBC Radiophonic workshop itself was started by a man and a woman, and Delia was not the only female engineer. “It wasn’t a big deal that it now is”, he says. “Those who knew her said that she didn’t find it an issue, and so maybe it doesn’t need to play an important part of her story”.

What was perhaps more of an obstacle to Delia gaining wider recognition was not her gender, explained the panel, but musical snobbery. Those creating within the BBC Radiophonic workshop were not seen as artists and what they were doing wasn’t recognised as a valid art form. “There was a perception by musicians at the time that the BBC Radiophonic workshop would put them out of business. Now, THAT got her back up” said Percival. So, for many years, the output of the workshop was not seen as music. Additionally, Percival explains, art is often only seen as ‘great, long works’, but that miniatures, which is what the workshop was essentially producing, did not have such kudos, even though the Doctor Who theme took six weeks to produce, using meticulous techniques, sampling, and tape cutting. “It was sculpture” he says. These days electronic music still does not get the same recognition. The snobbery still persists.

The final afternoon session at last gave the audience a chance to listen to some of the music from Delia’s archive as chosen by the three Delia Darlings, who had all created their own new work inspired by Derbyshire. Each woman in turn described the reasons behind their choices as well as how the piece had influenced their work, before we got to listen to them. This session illustrated, more than anything, what the Delia aficionados had been saying throughout the day – that she was a revolutionary artist whose work was enormously diverse and ahead of its time.

Maybe one of the keys of Delia’s success is that the work didn’t outstay its welcome. I couldn’t say the same for this piece

What struck me was how complex many of Delia’s pieces were, how contemporary they sounded, and how clearly I could hear Delia’s legacy in many of my favourite electronic artists from The Orb to Amon Tobin. I found it pretty powerful to be watching three female artists talk about their work, about the process of creation, their influences, tastes and styles. All three women clearly loved listening to those snippets of Delia’s work. The audience however, was more contained. 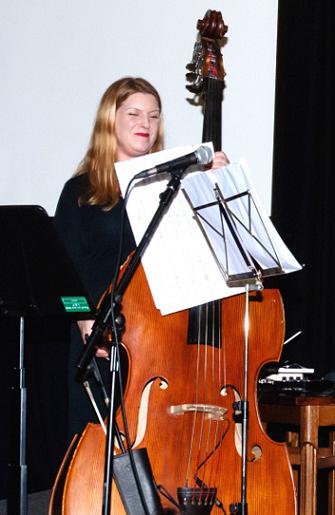 The evening’s event consisted of a performance of each of the three new pieces of work, interspersed with some DJing of Delia inspired electronica by DJ Tukatz, whose mix you can hear here. First up was a piece for trumpet and bass, composed by Ailís Ní Ríain. Minimal and rhythmic, I easily heard echoes of the piece that Ailís had played us earlier in the listening session and found her progression from it interesting. I wondered however, if it had a similar impact on people who had not heard the piece in the afternoon.

After a break with more tunes, the next performance came from Naomi Kashiwagi. Her performance consisted of Naomi on stage manipulating a vintage gramophone playing an Artie Shaw swing jazz record. As well as speeding up and slowing down the track, she also placed tape onto the record causing it to make strange jumps. A camera captured her from above and projected them her onto the screen behind. Delia’s influence on this piece appeared to be about taking something old, in this case the wind up record player and old record, and making something completely new out of it. It didn’t entirely work and lost the audience a bit; they began to talk towards the latter part of the performance. Naomi may have channelled the essence of Delia for her inspiration but somehow it was lacking in its execution and was just one idea stretched out for too long. Maybe one of the keys of Delia’s success is that the work didn’t outstay its welcome. I couldn’t say the same for this piece.

The final performance was the one most obviously inspired by Delia’s work. Caro C, like Delia, is an electronic producer and sound engineer, producing electronic music and spoken word experimental music. She had created a varied piece using spoken word to “ambient soundscapes”, beats and more up tempo sections. This was accompanied by visuals including footage of Delia. Caro used spoken word on top of the music, repeating refrains and words. This piece seemed to explore much more than the first two and seemed to musically progress too. This piece got the loudest applause, possibly because it was the most like Delia’s music. 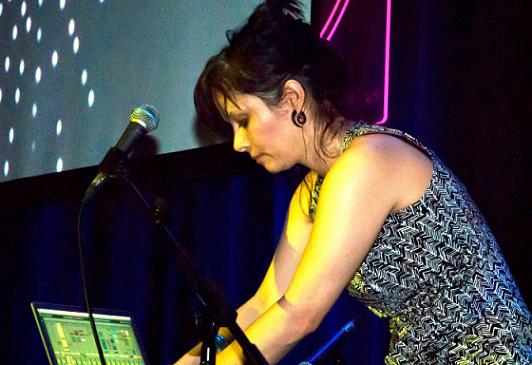 The greatest flaw of the evening was that, while some of the audience had been at the afternoon’s session, a fair proportion had not. For those of us who had been, we had the benefit of the context in terms of the original source material, and in terms of the women’s explanation of their work and its development. It was interesting to have heard the tracks that in particular had inspired these pieces or were the jumping off point or aspects of how she treated her work, but if you were not at the panel all this was lost. The music then became too abstract and less engaging. None of the women introduced themselves during the evening session and it would have worked better had the afternoon’s listening session and question and answer session been a prologue to the performances.

Overall, Delia Derbyshire Day was a fantastic celebration of the late composer’s work and life and it was heartening that it was so dominated by female performers and composers.

Fourth image:Caro C performing. Provided by the organisers of Delia Derbyshire day, with thanks

Ruth Rosselson is a Manchester based writer and music lover who has been going to gigs for as long as she can remember. She is most likely to be seen at world and folk music gigs at Band on the Wall, though she doesn’t limit herself to any particular genre. She relies on radio shows such as the Freakzone and Cerys Matthews’ Sunday show on 6music to ensure that her musical horizons always continue to be widened.