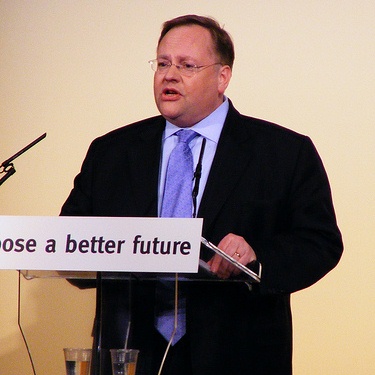 One of the women behind the allegations against former Lib Dem chief executive Lord Rennard spoke very clearly and articulately on Radio 4’s World at One today about what happened to her. She gave her name as Susan and described how, following a talk aimed at supporting potential female parliamentary candidates, Rennard spoke to her individually to give her further tips on becoming more successful. As he did so, she says he started brushing her leg.

I kind of thought well, it’s your imagination, so I moved away a little, then he moved a little closer. And I moved away again and the brushing of my leg kept continuing, so when someone moved off the sofa that was next to me that meant I was a chair distance away I moved again. And when he had the opportunity he moved into that chair. So I kept moving further away and eventually I said “Look I’m going to go off to bed” and he said “Oh I’ll walk up with you” and I thought “No, I’m not having this”, so I said “I’m going to go to the toilet, it’s OK I’ll go up to bed alone”. I went to the toilet, came back out, and he was stood there at the bottom of the stairs waiting to walk me up. We got to the top of the stairs and he suggested joining him in his room for another drink and I said no, very politely and very firmly, and walked away and got back to my room as quickly as I could.

She says she felt timid the next day and was worried and upset. This was a man who held huge power within the party, a man who could have a very direct impact on her career via his influence on candidate selection for parliamentary seats. By refusing his advances, she felt she may have jeopardised her chances of future success within the party.

She says at least nine other women have had a similar experience with Lord Rennard.

Her story is a perfect illustration of how men use sexual harassment to maintain their dominance over women. Sexual harassment serves to remind women that our role as a sex object will always trump any other qualities we possess and therefore we can never be on equal terms with men who also possess those qualities – be they political skills, sporting prowess or the ability to stand on a stage and make others laugh. We can always be put back in our rightful place with an unwanted, insistent brush of the thigh or an invitation to have sex with a man who holds the keys to the hatch in the glass ceiling.

We are denied access to the privileged and powerful social positions that men hold unless we agree to put up and shut up. Susan’s responses to Rennard’s alleged advances are telling: at no point did she tell him to leave her alone, that she wasn’t interested in him or that he was behaving inappropriately. She felt she had to let him down “politely” when he invited her to his room.

I’m sure I’m not the only one who can empathise with politely putting up with unwanted attention and finding it hard to say no. We are socialised to view male attention as desirable, and if we deviate from this by rejecting male advances, we may be subject to humiliation, aggression or even violence, as anyone who has spoken back to street harassers will probably know. Combine this with the fact that some men will – like Rennard – hold positions of power over us and it’s no wonder that many women choose not to challenge sexual harassment head on.

If we want to stay safe and try and get on with our lives, we keep quiet and battle on through in silence. Either that, or we give up on the battle altogether, opting for life choices that involve less conflict with the patriarchal status quo. I think the lack of women in parliament and other traditionally male-dominated spheres is in part a reflection of the fact that many women – entirely understandably – opt for the latter. Sometimes the personal toll of constantly battling against sexism is just too great for it to feel worth carrying on. And so the male sexual harassers get to keep their privileged positions in their elitist boys’ club.

This – in addition to the various direct impacts on the individual woman – is why sexual harassment matters. Every supposedly “minor” incident of unwanted sexual attention from men is part of this bigger picture of male dominance, this bigger battle for women’s full participation in society.

Telling women that we just need to stand up for ourselves, as various commentators have done in the past few days, is unhelpful. Standing up to sexual harassment has consequences that many women cannot or do not want to risk facing. Instead of once again blaming the victims we need to focus on the perpetrators – men need to stop sexually harassing women. Those men who don’t engage in this behaviour need to hold their peers to account and take women seriously when we speak out instead of jumping to the defence of other men. And while it can be hard to challenge sexual harassment as an individual, women must continue to support each other and stand in solidarity with those who – like Susan – stick their head above the parapet.

Photo of Lord Rennard by David Spender, shared under a Creative Commons licence.