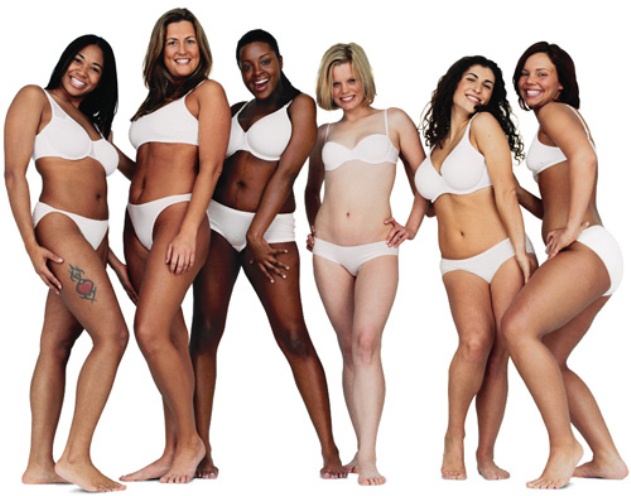 The problem with Dove’s real beauty

The latest viral video campaign from Dove shows a forensic artist sketching the faces of women he can’t see: once based on their own description of what they look like, and once based on someone else’s. The result is that the women look more “beautiful” in other people’s eyes, and the women conclude that they shouldn’t be so hard on themselves:

Let me say first that I realise there’s no right or wrong response to the campaign and I can understand why some people did like it. But the video is designed to evoke a feeling, and this is how it made me feel: patronised, infantilised, and dismissed.

Some days I’m not beautiful. Some days I am. Some days I’m sexy and run around in lace stockings. Some days I slouch in my jammies and feel too depressed to comb my hair. Some days I feel sexy as hell in pants and a t-shirt, sometimes I feel repulsive, even if I’m being told by everyone around me that I look fabulous. That’s not being a Real Woman, it’s being human.

In the video, one woman speaks about how her mother always criticised her chin, so believes it to be unattractive. She’s then reassured that, actually, her chin is lovely. That’s touching, but I can’t help but think this: I have a birthmark above my right eye. Some people hardly notice it; some people think I’m beautiful; some people do find it ugly. I know this because it’s my own face. It’s my own lived experience which has taught me that lots and lots and lots of people do think that. I’m not imagining it. As a teenager, I was told how ugly I was every day by my peers. I’ve lost count of everyone who’s kindly since told me: that’s awful, because, hey, actually you’re pretty. And, yes, that’s lovely, but the thing is, that isn’t the reason it’s wrong to devalue or dehumanise someone because of a physical characteristic. Lots of people will still think I’m ugly. Lots of people will think that woman in the video has a horrible chin. It isn’t the point. The point is that those people think they are entitled to define our worth that way – and that’s the dangerous part we internalise.

The advert tries to connect with personal emotions. Our personal emotions as women are not all the same. The video doesn’t try to deal with anything like birthmarks, or deformities, or acne; things that a lot of viewers will laugh at, or say, oh, God, but she really is ugly! That’s too complicated.

In fact, it has been reported that Pascal Dangin, the photo artist who worked on the Dove ‘Real Beauty’ campaign posters (see below) admitted in the New Yorker in May 2008 that those pictures were edited “to keep everyone’s skin and faces showing the mileage but not looking unattractive.” And Unilever, the company selling Dove to Western women with messages about natural beauty also sells skin-lightening products with a disturbingly racialised narrative in India, including an actual Dove product sold using, at best, racial overtones: a “whitening” deodorant.

It’s easy to tell conventionally beautiful women that most people think they’re conventionally beautiful. What do you tell someone who asks: “But what if it’s simply true; that in lots of people’s eyes, I really am ugly?” I feel like whoever wrote the Dove beauty advert was avoiding the eyes of my teenage self, and hundreds of others, as we asked that. They could have answered: it doesn’t matter. Instead, they made a whole advert telling us how much it matters.

There’s something very unhealthy about the narrative of ‘women are our harshest critics.’ I’m not mine. And it’s insulting to be told, however kindly, that the problem is in my own head. You can’t tell a person who simply is being told that they’re ugly in the eyes of heaps and heaps of people – whether its TV shows, comedians, their classmates, ‘lads’ and their nonsense banter – that they’re just, bless them, incapable of interpreting other people’s actions .

I don’t know about you, but I think I’d rather be told, yeah, that’s true; lots of people think you’ve got a silly chin. Who cares? You’re awesome. I think men with insecurities about their looks would be more likely to be told that who they are is valuable, and how they look is just one part of that, and what another person thinks of how they look is only one part of that. Like this brilliant post-bullying video. That video made me feel good about myself, and not just because it told me I was beautiful or that any flaws I have aren’t really a big deal. It speaks to both women and men, and it talks about you as a person, not whether your chin is a funny shape or not. I guess the problem is that it doesn’t make me want to buy things.

Photo of Dove’s Campaign for Real Beauty poster by flairinthecityph, shared under a Creative Commons licence. It shows six smiling women posing together in plain white bras and pants. Their skin colour varies from pale white to fairly dark brown. They all have mid-length to long hair and appear to have removed all their body hair. They vary in height and body size slightly and have no visible physical disabilities. They appear to be aged from (at a guess!) early twenties to early forties.