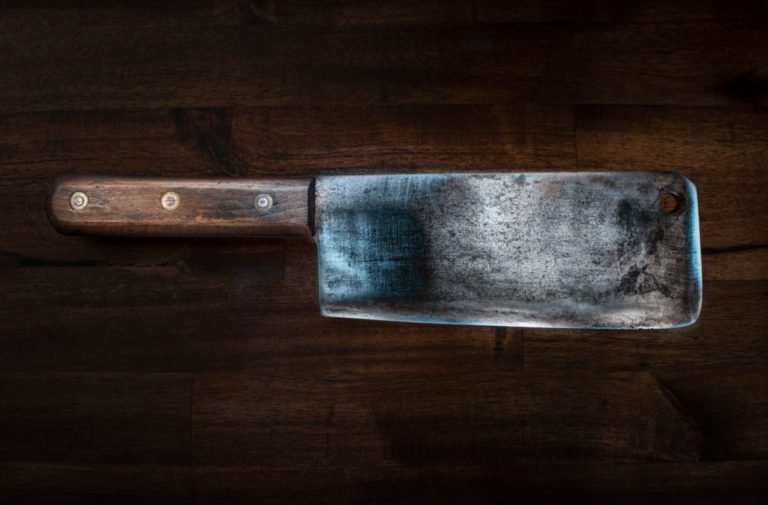 Blood and guts and liberty Sarah Daniels’ play deals with a specific group of people in Edwardian England known as the “gut girls”. These working-class women worked in Deptford’s Foreign Cattle Market. Their job was to prepare meat, straight off the ships from Argentina, into an acceptable state for sale in British butchers. Working conditions were poor, with the women often working up to their ankles in blood, and the women were socially perceived as little better than prostitutes, at constant risk of “falling” further. Yet they were financially independent, claiming a higher wage than did their peers in service. Alongside this money came a degree of personal liberty – as Daniels’ play demonstrates, the gut girls were known and reproached for apparently intruding within the traditionally male domain. They had a reputation for drinking beer, speaking foully, attending the East End Dancehalls, and even denying men sexual relations in a bid to retain bodily autonomy and avoid pregnancy.

Into this setting Daniels introduces Lady Helena, a wealthy widow on a mission to save these girls: not from society, but from themselves. She sets up a club at which the women can “better” themselves, through learning the behaviour and skills that will enable them to perform roles as downstairs maids. These lessons in female demeanour and working-class subservience are accompanied by a heavy dose of Christian teaching.

Like the women, we come to ignore the more disturbing aspects of their work in celebration of the freedom it allows them Initially disdainful and presenting a unified front against Lady Helena’s attempts to suppress their spirits, the women find themselves pushed in different directions when their jobs are put at risk and they are forced to choose between low-paid menial factory work, entering service and life on the streets. Lady Helena views service as a respectable advancement from life at the gutting sheds. The women fear nothing more, understanding that service will not only force them into passive subjugation, but will also place them entirely at the whim of their masters, exposed to personal, physical and sexual threat, their financial liberty destroyed.

Rum and Monkey’s production of this play is full of humour and energy. The atmosphere of the gutting sheds is vividly recreated, with excellent use of props made to inspire first disgust and then a feeling of normality as the girls hack away at raw meat. Like the women, we come to ignore the more disturbing aspects of their work in celebration of the freedom it allows them.

The play is busy, featuring multiple characters and loud group scenes, and this complexity is well-managed. Good use is made of the available space, my only criticism being that it is occasionally hard to hear in the larger group scenes. Despite the busyness, the cast succeed in creating a sense of intimacy with the audience. On returning from the interval, the audience discover the cast members already seated on stage, gently chatting away to each other while pursuing their sewing. This is an especially agreeable touch. The five gut girls we meet all sparkle to life under the guidance of director David England. In a play with so much detail delivered in so little time, there is a threat that some characters may suffer from comparative underdevelopment or typecasting, but each of the gut girls’ individual personalities shine through. The five women are strong-willed, loud and boisterous, and while this is perfectly conveyed, so are the nuances of their personalities: the background situations, personal motivations and character quirks that make them clearly different from each other.

Due to the many characters, some actors play multiple characters in this production. The double-casting adds further value by providing an additional level of commentary on the script. Kate Cragg’s double performance as vocal organiser Ellen, concerned with unionising the women, and nervous introverted Priscilla, upper-class but entirely suppressed by her husband, emphasises that freedom is a natural consequence neither of class nor of wealth, and that the women can only protect their own interests if they group together in solidarity.

Daniels’ brand of feminism has come under criticism: the programme reveals she has been described as “man-hating”. However, in The Gut Girls, her feminism is entirely accessible. She presents a world where both women and men are variously rich and poor, extroverted and introverted, empowered and subservient, and asks us why any of these should be pre-determined according to gender.

However, although the women are well-rounded, sometimes the male characters suffer from slightly one-dimensional characterisation. Edwin is played as a superbly slimy pantomime villain, but lacks depth, his actions needing illumination. He clearly sees himself as superior to the women and believes he can use them as he wishes. His attempted molestation of one of the women is believable and wholly scary, but it is not clear whether he has happened to chance upon his victim, Maggie, or whether he targets her as the proudest of her peers, and if so, whether he would rather punish Maggie for her sense of self-worth than have his way with one of the younger, prettier girls. More could have been made of Edwin’s motivations. Does he view the women as merely an inferior species, available as his playthings and indistinguishable from each other, or is he more closely affected by the individual women and the threat their independence causes him?

To my delight, the play is sprinkled with moments of humour, and the cast manages these with excellent timing. The graver scenes are also handled well: in the scene that most risks sensationalism, as Annie relates how she ended up pregnant and alone at age fourteen, the production pulls back before the audience feels too harangued.

All in all, this production is a solidly excellent 150 minutes of theatre. I left feeling I would have liked to have spent more time with the five women. The production’s weaknesses are few, and minimal when compared to the delights of the play as a whole. I could not recommend this more highly.

The Gut Girls is showing until 25 May at The Space in East London.

Feature photo by SHOT on Unsplash. Photos in the text are from the production and used with permission.

Shoshana is glad that her employment choices are no longer as limited as Edwardian womens’ were. Instead, she’s able to enjoy spending her hard-earnt money on books, travel, theatre tickets, and more books