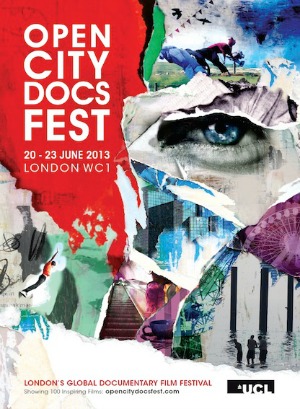 Hot on the heels of Sheffield Doc/Fest that finished last Sunday, Open City Docs Fest is bringing an amazing selection of 132 documentaries to London.

The festival will run from Thursday 20 to Sunday 23 June in various venues in London’s Bloomsbury. Described last year as “four days of documentary heaven”, in its second year the festival brings attention to the lack of women directors in the film industry.

Female directors’ films make up just under half of the festival’s programme, allowing women’s stories to be told, instead of being ignored in favour of men’s experiences. You can read more about the featured documentaries made by women on the OCDF’s blog.

Highlights from the programme include Pussy Riot – A Punk Prayer (by Mike Lerner and Maxim Pozdorovkin), Solar Mamas by Egyptian directors Mona Eldaiet and Jehane Noujaim and Karaoke Girl by Visra Vichit Vadakan from Thailand.

Having watched Solar Mamas in Sheffield, I couldn’t recommend more this touching story of a woman’s empowerment through specialist training and work coming to a head-on collision with traditional mindset of her Bedouin community. It was at times difficult to remember that the men pictured are as much part of the social context as are the women; during the Q&A both the directors and the audience agreed that (re)education of men is at least as important (if not more!) as teaching new skills to women.

Pussy Riot – A Punk Prayer is already promoted as “hotly anticipated” and “one of the hottest docs of the year” and will open nationwide in the beginning of July. Two filmmakers (both men) spent six months in Russia, witnessing the pre-trial hearings of three arrested members of feminist collective Pussy Riot as well as the trial itself and interviewing their families. Katya, Masha and Nadia are indeed given a voice here and the speeches they make before the court are beautifully courageous personal statements of belief in free speech and artistic expression. 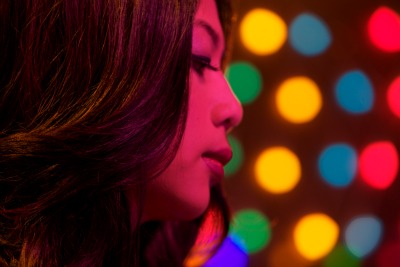 Karaoke Girl (right) is an evocative portrayal of a girl who becomes an escort to support her family, blending fact and fiction into an original cinematographic formula.

To the above three I would also add my personal Sheff Doc/Fest favourite, Kim Longinotto’s Salma, the story of self-educated Tamil woman poet, who has come a long way from being locked away by her family until marriage to becoming an esteemed published poet and public figure. And these are only highlights.

Check out the full festival programme.

Courtesy of Open City Docs Fest, we are offering three pairs of tickets for our readers, one for each of the films (Punk Prayer, Solar Mamas or Karaoke Girl). To enter, please answer the following question:

Where was the performance that was the direct cause of arrest of three Pussy Riot members?

A. Cathedral of Christ the Saviour

B. Cathedral of Saint Basil

C. Church of the Resurrection of Christ

Please indicate which film you’d like the tickets to. I’m waiting for your answers until Thursday 6pm, ania.ostrowska[at]thefword.org.uk