The good type of insult

It starts with a guest speaker being introduced to an unenthusiastic classroom of students. It turns out to be Officer Guante from the Division of Political Correctness. The PC Police.

He goes on to explain what political correctness is really about.

“But the thing about political correctness is that it’s not about being perfect or censoring your emotions or always being nice to everyone. It’s just about not being a jackass”.

Teacher, addressing a classroom full of bored-looking students: Alright class. Today we have a guest speaker. His name is Officer Guante.

First things first, no I’m not going to show you my gun. Nobody’s going to get tazed today.

See, I’m not a regular cop. So, my presentation this afternoon is not going to be about drugs or graffiti.

I’m with the special unit. The division of political correctness. The PC Police. 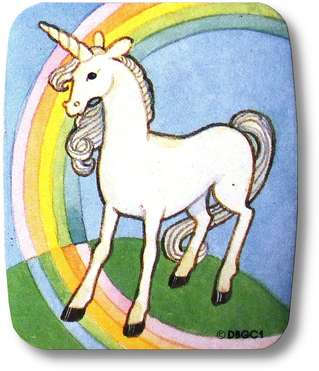 Now, I know that we don’t have a very good reputation. That everyone thinks we’re just trying to stamp out free speech and create a world where everyone lies to themselves and it’s all sunshine and lollipops and unicorns, I get that. No one likes being told what to do. But the thing about political correctness is that it’s not about being perfect or censoring your emotions or always being nice to everyone. It’s just about not being a jackass.

For example, the word “retarded” is offensive to a lot of people because it dehumanizing those with cognitive or developmental disabilities, so when you use that word to talk about the plot of the new action movie blockbuster or make fun of your friend for forgetting his wallet, you’re kinda being a jackass.

In all of these examples it’s not that your feelings are wrong, it’s that you are expressing those feelings like a jackass.

Fun fact! The word “bitch” is a derogatory term for a woman. Unless you are a principled third-wave feminist trying to reclaim that word, which you are probably not, it doesn’t matter how you are using it: as an all-purpose un-gendered insult; as a synonym for complain; as a directionless expletive at the end of a particularly vicious rap verse it is always a derogatory term for a woman.

You cannot give a chicken salad sandwich to a vegetarian and say, “but it’s chicken SALAD.” 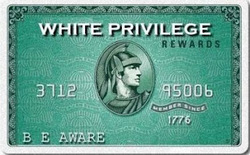 Most people use offensive language because they just don’t know any better, and we can all challenge ourselves to be more decent human beings. There are other people, however, who go out of their way to be offensive because they think it’s cool or whatever. And the thing about that is if you want to be edgy, if you want to push people’s buttons, talk about white privilege. Talk about the prison industrial complex. Talk about the foreclosure crisis or police brutality, or rape culture. These things will push people outside their comfort zones more than saying naughty words ever could.

If you want to be some super independent rebel or whatever, good! Do that! All I’m saying is that there are more powerful ways to do that that than shitting on an entire population of people who are already underdogs in this society. 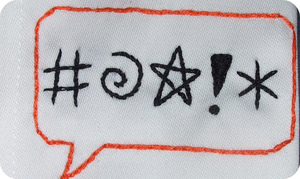 Class, using inclusive language is not hard. If you think it’s hard, that’s because you’re not really trying. If I were to say please don’t ever say the letter “w” because the letter “w” is very offensive to me then you could get mad. It would be very difficult to go through life without ever using the letter w. That would be an unreasonable request. But tell me: do white people ever need to do use the n word. Is it so difficult to say that you got “screwed” instead of you got “Jewed”? Can you think of no better way to register your dislike of something than to call it “gay”?

“A most notable coward, an infinite and endless liar, an hourly promise breaker, the owner of no one good quality.

Thy tongue outvenoms all the worms of The Nile

Thy face is not worth sunburning”

That’s not all from one passage but still, that is a beautiful, glorious way to call someone a jackass.

You may notice that I’ve used the word “jackass” many times over the course of this presentation. That’s because, well, I’m a little drunk, but also because even though “jackass” is an insult it’s the good type of insult. It’s a word that compares people who are rude and thoughtless to donkeys, and sure it may be offensive to donkeys but who gives a shit?

Class. I am two weeks away from retirement. I’ve been fighting the good fight since teenagers were calling each other “gaywads” and politicians were openly using racial slurs in campaign speeches and I know you may not have anything at all against people with disabilities or women or the LGBT community or anyone but using language like this, even if you don’t mean it to be offensive directly contributes to a culture that hurts people.

Sure, we need to do a lot more than just change the way we talk, but I’m just a beat cop.

I hope you’ll all be my deputies and together we can say no to being a jackass.

[The first image is a drawing of a unicorn against a rainbow background, the second is a mock-up of a bank card that reads, “white privilege”, and the third is a white napkin with “#@!*” embroidered onto it to symbolise an expletive. They are by enokson, Elias Schewel and Julie respectively, and are all used under a Creative Commons Licence]