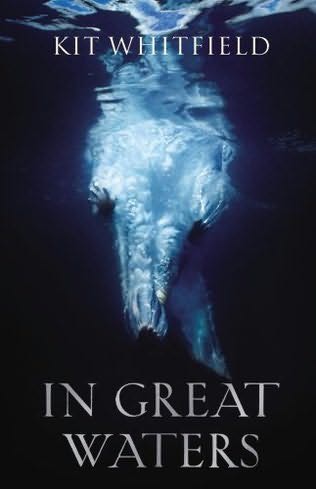 I’ve read a lot of fantasy and science fiction this year: it’s a sort of comfort blanket for me, which has been handily non-taxing while I’ve been learning the ropes as a new parent.

I’ve been particularly struck by Kit Whitfield’s alternate-historical novel In Great Waters. In its Renaissance-era analogue of Britain, human beings as we know them – “landsmen” – live alongside a powerful sentient species of, essentially, mermaids or “deepsmen”,

whose cooperation is vital to the military security of the landsmen nations. All European royal houses consist of landsmen-deepsmen hybrids, the purity of whose lineages is preserved by brutal policing of sexual contact between the species (which is in any case, for a range of reasons, infrequent).

Whitfield unpacks in elaborate detail the alien textures of this other world, beginning with a young hybrid boy’s first frustrated months on land, as he experiences weight, air and room as oppressively unfamiliar. Straight lines and right angles are sources of horror, as light out of water is for him appallingly static: I can’t help but wonder if this sequence was inspired by speculations about leaving the womb! This sort of careful imagining extends across the book – with implications for everything from walking canes to Christian doctrine – but it’s no gimmicky world-building exercise.

Instead, this exploration of difference feeds into, and is given depth by, an intricate tale of political manoeuvre, and the emotionally absorbing struggle of two pawns caught within it for autonomy and integrity. One or two of the late plot developments feel a shade pat but on the whole it’s a hugely satisfying read.

I also loved Jo Walton’s Hugo-winning Among Others, described as a “reverse Harry Potter” (“a girl from a magical family sent to an ordinary school”). It’s simultaneously very simple and quite difficult to explain its appeal. Like diarising protagonist Morwenna, I was once a bookish fourteen-year-old schoolgirl for whom SF novels were religion: who bodily yearned for the Dragonriders of Pern, who looked to Robert Heinlein as a moral authority (I know, I know…) and whose inner world, fed on this inhumanly rich imaginative diet, featured punishing self-doubt and impossibly grandiose self-importance at the same time. Before I read it, I could never have imagined Among Others could exist. The fact that it does still seems very much the sort of extraordinary coincidence, tiptoeing on the edge of plausibility that it describes as the province of magic. Would you like it if you weren’t me? I’m too close to being me to say, but I did like it very much.

Inevitably I sought out Walton’s other work and found myself zipping, transfixed, through her Sulien ap Gwien trilogy, the loose retelling of Arthurian and Irish legend that goes into The King’s Peace, The King’s Name and The Prize in the Game. The king worship in these volumes is off-puttingly weird to me, but that does, I suppose, come with the territory and there is more than enough reward to compensate. These are basically bloody good fantasy adventure stories – featuring high drama, royal intrigue, dark gods and jolly comrades-in-arms – which are also deeply feminist in both treatment of characters and themes.

The first two books follow Sulien ap Gwien as she goes from a teen girl to a general and a king. She is also a fiercely loyal warrior, a single mother, matter-of-factly asexual and a survivor of sexual violence, whose experience of rape changes her life forever but is not depicted as singly defining her. Interestingly, the series also explores the brutalising effect of the incident on the rapist and his quest for redemption, in my view effectively and movingly, as the narrative nevertheless emphasises the primacy of Sulien’s right to comfort and dignity and the legitimacy of her hatred of him. Forgiveness is neither compulsory nor, the characters find, cheap.

The Prize in the Game provides the backstory of some comparatively minor characters in the Sulien-focused volumes, including in particular Guinevere-analogue Elenn ap Allel and her sister Emer. It steps back from the jostles for kingship that anchor the first two books and instead looks at what it means to be raised for the machinations of a kind of queenliness where femininity and sexuality are both suffocating prisons and tools of power. For an exploration of its feminist dimensions I can do no better to point you to this blog.

The other wonderful discovery I made, belatedly, this year is of Aliette de Bodard, but I’ve already enthused about her in another review for The F-Word. Suffice it to say that her website is full of delicious short fiction, much of it available for free, and you should check it out. The other novels I’ve talked about here do suffer from being extremely, almost uniformly white, to which de Bodard’s relentlessly cross-cultural focus is a refreshing corrective.

Jolene is a writer and feminist activist. She currently lives in Singapore, where she was born and grew up, after several years in the UK and Germany. Her first novel, A Certain Exposure, will be published by Singapore press Epigram Books in 2014. She loves novels, bunnies, bouldering, hiking and board games.