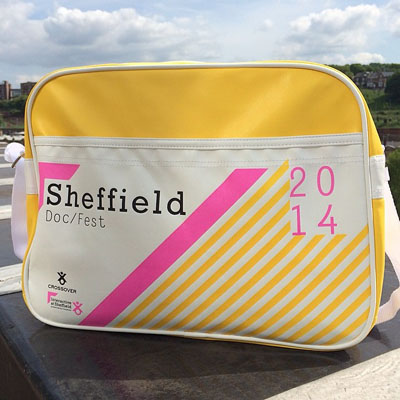 Could it be that the Raging Grannies snuck into programming HQ at Sheffield Doc/Fest this year? There was a secret thread of feminist elders running right through the programme, serving up a Rebel Menopause (Adele Tulli). In fact, the festival felt a bit like the Parisian scheme founded by Rebel Menopause’s Thérèse Clerc: Baba Yaga House, a shared building for social justice projects created by women who were on the frontline in 1968 and are still singing revolutionary songs and debating how to address FGM.

“We are enlightened avant-garde,” says Clerc, and that could be the banner for Doc/Fest 2014. It salutes the generation who put social justice to the fore, with Inspiration Awards going to rebellious elders Chantal Akerman, Alanis Obomsawin and Heddy Honigmann, as well as leading female documentary makers of the current generation: Laura Poitras, Dawn Porter and Lucy Walker. There were plenty of celebrations of a century of active women. While Vivian Morris’ Obama Mama may have promised more than it delivered, always presenting Stanley Ann Dunham as the president’s mother rather than a radical scholar and civil rights activist in her own right, other portraits of well-known American thinkers delivered, all of them balancing the personal and political, showing how their subjects’ affective, activist and intellectual lives are entwined.

“I have a degree in log-handling from Oxford. That’s what you should tell them, if they ask you”

Regarding Susan Sontag (Nancy Kates), produced by HBO, is the most prominent and most conventional of the crop, drawing on Sontag’s diaries as well as her published writing and paying attention to the nuances of her thought. It’s a welcome reminder of Sontag’s importance – but American Revolutionary: The Evolution of Grace Lee Boggs (Grace Lee) is equally a reminder of other, bolder thinkers of Sontag’s generation. Boggs translated Marx with C. L. R. James, and with her husband James Boggs, union leader and Black Power theorist, she put Hegel’s dialectics into practice through 40 years of activism in Detroit. Filmmaker Grace Lee has been in conversation with her since she met Boggs while seeking out other American women called “Grace Lee” for her first documentary The Grace Lee Project. In her latest film, she offers fascinating reflections on watching your friend and focal subject age and what it means to document our elders without putting them on a pedestal. This is by far the best dialectical documentary featuring Ruby Dee, Angela Davis and a track by Invincible you’ll see this year. 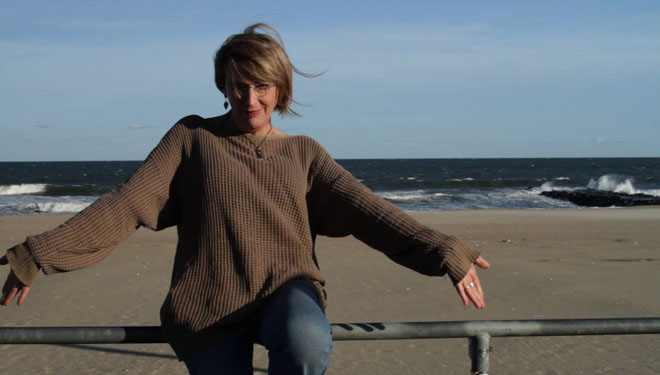 Kate Bornstein in a documentary about her life and work

It makes a great double bill with Sam Feder’s Kate Bornstein is a Queer and Pleasant Danger, which had its UK premiere at BFI Flare earlier this year. These biographical films bring alive the productive chaos of post-war America, the febrile dynamism of the long era of civil rights and what Howard Zinn called “the people’s history.” That’s ongoing in Goodbye Gauley Mountain, which sees the legendary Annie Sprinkle partnering her wife Beth Stephens for an ecosexual campaigning documentary. What’s an ecosexual? Anyone who has ever enjoyed skinny-dipping, or running barefoot on grass, answers Sprinkle. She has accompanied Stephens to her hometown in West Virginia to protest against mountain top removal, a devastating form of dynamite coal mining. In sharp and invigorating contrast to the usual eco-docs, Stephens is an insider, interviewing family members still involved in mining as well as local campaigners who get behind Stephens’ and Sprinkle’s plan to marry the mountain. After seeing the film you’ll want to get involved with the Stephens/Sprinkle world-saving campaign at sexecology.com. [You may also want to read Malise Rosbech’s last year’s review of Earthy, the Sprinkle&Stephens ecosexual show – AO.] 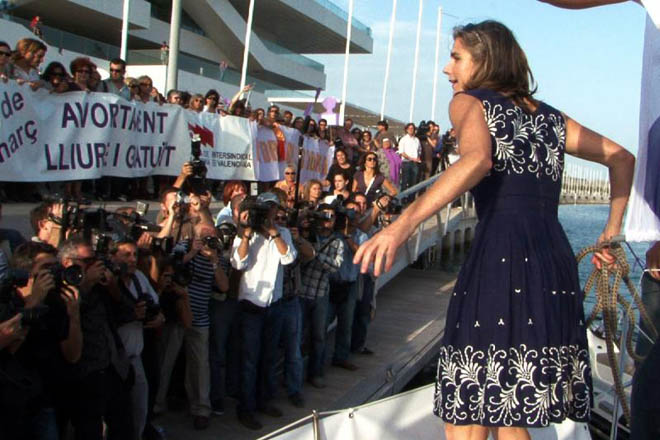 While Lennie Gerber and Pearl Berlin may not be as well known as Sprinkle, Sontag, Boggs or Bernstein, in North Carolina their social justice activism is inspiring the fight for same-sex marriage. Living in the Overlap (Mary Dalton and Cindy Hill) is a crowdfunded portrait of a lifelong lesbian relationship that takes in questions of class, religion, geography and politics. If your activist tear ducts still aren’t going, then wait for Kim Longinotto’s Love is All, a joyful rummage in the BFI archive to celebrate the glorious diversity of romance, desire and union.

Stories of love are balanced by stories of loss. No sooner does Boggs say of being widowed after James Boggs’ death, “I don’t think enough has been written by women on their own after 40 years of living with someone,” than Doc/Fest responds with portraits of older sisters doing it for themselves that she might find resonant. Meet Gina in Elena Dirstani’s Monashay, a Roma widow working as a housekeeper on a fruit farm in Romania. Dirstani’s documentary compares the lives of three generations of Roma women in a changing socio-cultural climate. The youngest subject, Sonia, is determined to get to university, but it’s mercurial, funny Gina that Dirstani keeps returning to, rewarded with gems such as Gina’s declaration: “I have a degree in log-handling from Oxford. That’s what you should tell them, if they ask you.”

It is Rezaei’s determined, reflexive account of her filmmaking process, which celebrates community and change in a final joyful shot from Karim Khan bridge on the night of the 2013 elections, that lingers in the mind

There’s courage and resilience on display in Iulia Stoian’s short Honey on Wounds, too. Gjyle Hyseni, Kosovan war widow and rape camp survivor, is battling entrenched gender roles, grief, poverty and post-traumatic stress disorder with bees, part of an NGO training programme in apiculture. Of widowhood, she says: “You have to be a man, a woman, and a parent all at once,” and this gently observational film first shown as part of the NFTS graduate show presents Hyseni also becoming a community leader for other widowed and marginalised women through the project and the spiritually restorative work of bee keeping.

Collaboration and soul-soothing are central for the frustrated female filmmakers of Iran as well. Profession: Documentarist, which brings together seven separate shorts united by their themes, won the Tim Hetherington award for filmmakers Shirin Barghnavard, Firouzeh Khosrovani, Farhnaz Sharifi, Mina Keshavarz, Sepideh Abtahi, Sahar Salahshoor and Nahid Rezaei. As Rezaei’s closing segment reveals, the government have shut down Tehran’s House of Cinema, limiting opportunities for everyone. Sharifi’s “imaginary” film adopts Jafar Panahi’s tactic from This is Not a Film, of describing the film she’d like to make, but can’t because of the prohibition on female singers (she had to remove the audio from her first film, about the first Persian woman to sing without a veil). An artful celebration of Googoosh and the power of the female voice in Farsi, it’s also a moving portrait of everyday family life bound up with music.

All seven of the short films deal with frustration and the limitations placed on filmmakers, creating a powerful sense of claustrophobia as Khosrovani packs up her filmmaking equipment to put in storage, Keshavarz contemplates studying in exile and Salahshoor focuses on her apartment window overlooking Evin prison. But it’s Rezaei’s determined, reflexive account of her filmmaking process, which celebrates community and change in a final joyful shot from Karim Khan bridge on the night of the 2013 elections (set to Nina Simone’s ‘I Put a Spell on You’), that lingers in the mind. Rezaei, an unmarried woman in her 50s, has resiliently found a way out that’s also a way in. Rebel menopause? That’s a wrap.

Second picture is a still from Sam Feder’s Kate Bornstein is a Queer and Pleasant Danger, showing Kate Bornstein leaning against a railing on the beach, wearing a long sweater. Taken from the film’s official Facebook page.

The trailer of Profession: Documentarist is from Vimeo.

Sophie Mayer is a regular contributor to Sight & Sound and The F-Word, and is currently writing Political Animals: The New Feminist Cinema (IB Tauris, 2015). She worries about the erasure of alternative histories and can’t get enough documentaries about feminist elders