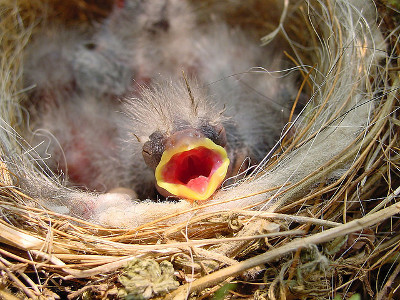 All grown up and still no kids

As I read Abigael Watson’s recent blog post ‘The mother of ambitions’, about the assumptions young women have to deal with about their future, I earned myself a few odd glances from my partner as I sat there nodding at the screen like one of those dog toys on a dashboard when you’ve just driven over a speed bump.

I was like Abigael 16 years ago: ambivalent at best about whether motherhood would be in my future. I had to deal with the same assumptions, everyone from classmates to family members looking at me as though I had just grown an extra head if I expressed any doubts as to whether I wanted children. Mostly, people assured me I would grow up and embrace my inner earth mother.

At 32, I’m still waiting for my inner earth mother to come out. If she ever was in there, she’s probably got tired of waiting and packed herself off to bother someone else with a working biological clock.

I wish I could tell you it would get easier as you get older, Abigael, but I’m sorry to say, prepare for the pressure to ramp up.

In your teens and twenties, people will mostly tell you you’ll change your mind. But fast forward another 16 years, if you’re still holding out, people actually start to realise that you might just mean it – you really aren’t going to have children.

You may be admonished for being selfish. For not giving your parents grandchildren. You might even be advised to have them anyway as you might regret it if you don’t – you can’t leave it too late, you know. People will throw statistics at you about your fertility falling off a cliff at 35. Personally, I can’t wait for the cliff – since the NHS considers me incapable, as a woman, of making a decision about sterilisation while I’m still in prime baby-making territory, I’m looking forward to when they no longer consider my eggs hot property and will consider sealing them off.

My antipathy to motherhood means that in the eyes of some, I’m not a Proper Grown-Up yet. People who don’t know me well think it’s about lie-ins and unbridled alcohol consumption, both of which ceased to be a regular feature in my life some time ago.

I sometimes say “not yet” when I’m asked whether I have kids. It’s not true, but sometimes, it’s just easier. If I do tell the truth, I find myself having to soften the blow by emphasising that I happily babysit for friends and I used to be a youth worker. I will take pains to make sure that people understand quite clearly that I do not, in fact, eat babies on toast for breakfast.

Here’s the thing though: I am not, in general, that fond of babies and young children. But that’s another thing I can’t be open about as a woman. I don’t want to hold babies, but it is assumed that all the women at social gatherings will be fighting to take a selfie with the newest bundle of joy. I usually plead that I am just getting over a cold and wouldn’t want to pass on any germs, partly because I don’t want to offend the mother but also to avoid being interrogated. It’s perfectly acceptable for men to melt away and congregate around the beer fridge when the pass-the-baby-parcel starts. But as a woman, it’s weird not to want to hold the baby. After all, a woman of your age, surely you’d want to get the practice in, it’ll be your turn next…..

And you can see where that conversation would be going.

I realise that I’m fortunate to be able to make this choice, living in a society that accepts women’s reproductive rights. Despite this freedom, there is still an element of taboo in making the decision not just to define the size and timing of one’s family but to skip the family altogether. I don’t begrudge anybody’s choice to have children – it would be considered unforgivably rude if I were to interrogate a new mother over her choice to have a baby in the same way as I am often harangued over my decision not to, sometimes by people I barely know.

My choice not to have children is just that – my choice. It is not the sum total of who I am as a human being. I would prefer to be judged on the contributions that I make to the lives of others, rather than whether or not I used my reproductive organs for their biological purpose.

The photo is by Ryan Keene and is used under a creative commons licence. It shows a nest with a baby bird’s head poking out. It is facing the camera directly, its beak open wide.