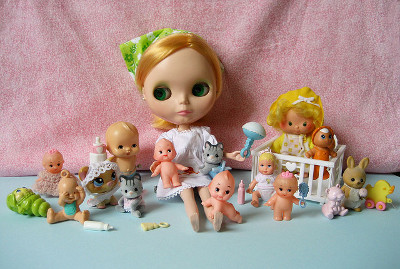 The mother of ambitions

This is how the conversation goes:

“What happens when you have children though?” (a comment made after I have declared an ambition that would not fit in with children. Note that the assumption here is I will have children no matter what – the “when” in that sentence is particularly prominently said.)

“Well, I actually don’t want to have children, so it doesn’t really matter.”

“What?!?!?!? You don’t want to have children?? Why?!” (Then they proceed to rant about how I ought to have children, and how I must use my body for what it was made for and how it is quite wrong and odd to have any other ambition in life apart from having two children and live in a lovely little house in suburbia.)

Okay, I concede I’m exaggerating just slightly but you get the point. I am also definitely not exaggerating as much as people might assume.

So, then the conversation would continue. It would probably result in more frankly sexist and derogatory statements about me and my ambitions in life. May I hasten to add that I am a 16-year-old girl, I am at school and at the moment my main ambition is to carry on with that and get a good job, have fun and gain experience in life. This seems like a fairly understandable goal in my mind, though perhaps I have missed the point of my life. You see, I was under the impression that my happiness is a good thing to aim for, but instead evidently it is succumbing to societal pressures that do not interest me at all.

Don’t get me wrong; I do like children. I’m volunteering at a library at the moment and I’m helping in the children’s section, so I have lots of contact with them. I love it; however this does not translate at all into me wanting to have children. It’s just not something I see becoming part of my life. Of course, my views may change and I admit that but those are my thoughts currently.

I also don’t have an issue whatsoever with my peers who hope to have children or people living a typical family life. The thing is, that’s just not for me. I think it shows to great effect how far sexist social conditioning affects the world. Girls are still expected to grow up and raise a family. The fact that I’m barely out of year 11 and this is clear as day whenever the topic of children is brought up at school is noteworthy.

People should, quite simply, not be expected to have children, and one should definitely not have to endure insults about your purpose in life for just stating the fact that you don’t wish to go down that path yourself.

The idea of motherhood and family is engrained into the minds of young girls from the very day they are born. Toys for little girls include kitchen sets, dolls and numerous other similarly themed items. This does not happen to nearly the same extent to boys. Girls will be encouraged to play at being mother, cooking and cleaning. Boys will be directed to play with cars, trains and building sets. This then continues throughout childhood with some help from the media. The ideal for women is too often portrayed as so called “having it all” and the media bombards us with this. To become a perfect example of a woman you will have children and also a high flying career.

This is clearly not for everyone though and no one should be made to feel inferior because they don’t wish to fulfil their supposed purpose on earth of giving birth.

This is obvious logic.

Already, not even past school, it seems as though one is more often than not put down for not wanting a maternal route through life. This seems so early and I can only imagine the expectation gets worse as one gets older. On top of this, I feel as though boys do not have to endure the same level of expectation as far as having children goes. It is harmful gender stereotyping, it is heavily engrained attitudes on life and children and it is a commonly held sexist outlook.

But it is not logical.

Why should I be made to feel inferior for wanting to pursue what I think will make me happy in life?

The image is by Aimee Ray and is used under a creative commons licence. It shows a Caucasian doll with tied back blonde hair and large green eyes, wearing a white dress and sitting down, holding a tiny baby doll, a grey toy cat and a rattle. She is surrounded by a multitude of more baby dolls and other animals, including two in a cot to her right.