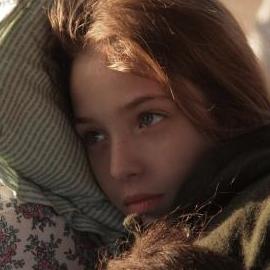 This review gives away some plot twists, including the identity of its main character.

Argentinean filmmaker Lucia Puenzo’s films hover around the sensitive zone where biology meets mythology. In her first film XXY (2007), tales of mermaids and undersea diversity give the intersex protagonist, Alex, a way of telling the story of their own body, while in The Fish Child (2009), poor little rich girl Lala tries to understand her repressed and repressive world through the myth of the fish child, as told by her indigenous girlfriend Aílin, which leads to explosive violence. Her new film Wakolda uncovers a source of that violence, turning her lens on a small, remote community of German immigrants in Patagonia that played host to Nazi top brass after Second World War. 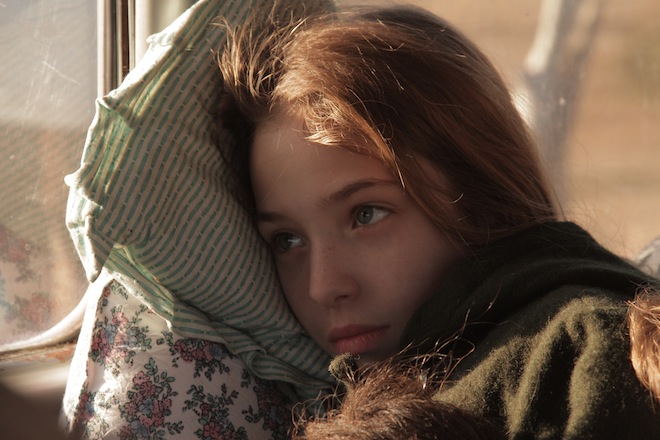 Florencia Bado as Lilith in Wakolda

As in Puenzo’s other films, our way in is through the eyes of a teenage girl. Lilith (Florencia Bado) is small and slight for her age, the mixed-race daughter of a German mother and Latin father. She is bullied for lacking the Aryan rude health of the girls in her class at her new school in Bariloche, where her parents have moved to take over her grandfather’s ski chalet-style hotel. As if this setting isn’t weird enough, the building next door to them on the serene Nahuel Huapi lakefront is some kind of convalescent home, albeit one frequented by helicopters. The threat is present even before they reach Bariloche: on the way through the desert, Lilith’s family collide with a German physician (Àlex Brendemühl) going to work in the town, who is fascinated by Lilith, her twin siblings and her mother Eva (Natalia Oreiro).

Even if the press for the film hadn’t made it explicit that the physician is based on Josef Mengele, who spent time in Patagonia in the 1960s, the film drops plentiful clues for the retrospective viewer to read. The film definitely has the anxious pace of a thriller with Lilith as the junior detective who stumbles on a mystery. However, the real question is not who the sinister German physician with an interest in twins, growth hormone and racial purity is, but rather how and why all these nice middle-class Argentineans ignored the Nazis in their midst. The answer, of course, is they’re not ignoring them and Wakolda shifts to a real life horror film, as Lilith has to struggle to save herself and Eva from the monster next door.

Her only, and unknown, ally is Nora Eldoc (Elena Roger), also new in town and working at her school, who turns out to be an Israeli spy. Brusque yet glamorous, Nora uses Lilith to gain information, as she single-mindedly pursues her quarry. She’s one of the film’s range of complex female characters, all of whom are compelled – in one way or another – by the German doctor’s charisma. Lilith, whom he promises a growth spurt, is initially seduced by the attention he pays her, treating her as an adolescent with desires and agency, while her parents are focused on her mother’s pregnancy and worsening health. Eva, meanwhile, is totally taken in by the kindly doctor, who treats her symptoms and even builds a doll factory for her husband Enzo (Diego Peretti), a toymaker. It is her reaction to the revelation of the doctor’s identity through which the film makes its final, most powerful point about the willed ignorance of the European settler community in Argentina. 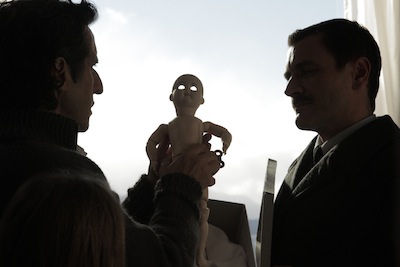 But it’s the dolls that dominate the visual palette. The sinister toy factory that automates Enzo’s craftsmanship resonates with all the associations of ETA Hoffmann’s Olympia that Freud talks about in his essay ‘The Uncanny’. Although occasionally bringing too much literary allusion across from the novel Wakolda, which she also wrote, Puenzo does have an uncanny way with metaphor.

She loves the symbolism of dolls as analogues for young women and focal points for their imagination and identity: Alex in XXY made Hans Bellmer-like dolls with cigarette strap-ons and this film is titled for Lilith’s much-loved Mapuche doll, whose darker colouring contrasts with the pure, perfect porcelain dolls the doctor wants Enzo to design. [International English title of the film loses this reference, changed to The German Doctor – AO] Inert doll maquettes and doll parts appear in many scenes, echoed in their obsessive repetition by the doctor’s notebooks, full of drawings of embryos.

If Wakolda doesn’t have quite the impact of XXY, it’s because there’s no liberatory joy to be found in the murky depths of this history. But Lilith is a true Puenzo protagonist: curious, intense, desirous and brave. Her realisations about the workings of her family, her history and the world make for gripping and unsettling viewing, an uncanny reminder of how our bodies are layered with more than just personal history. 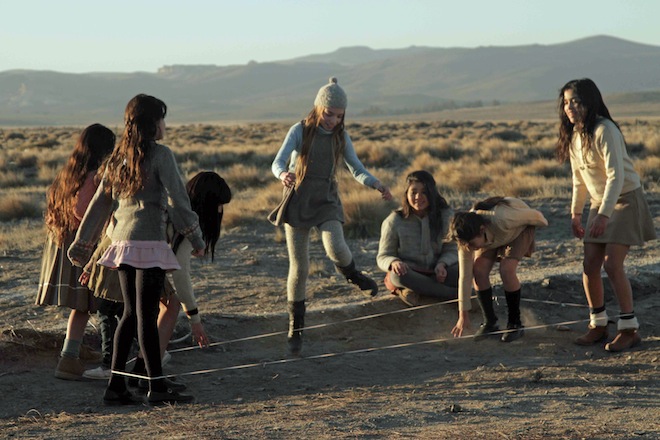 Sophie Mayer is currently writing Political Animals, a study of twenty- first century feminist cinema, due out from IB Tauris next year.