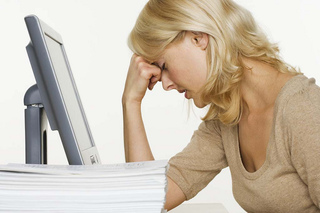 Why should we fight to get rid of page 3?

When I heard the news of The Sun finally giving in and removing topless models from Page 3, it felt like a turning point. Finally, a step was being taken away from, rather than towards, the normalisation of women existing primarily for the silent, smilingly compliant titillation that they can offer in mainstream media. For once there was a news story that had made me smile and I felt that there was hope for humanity yet… I was even daring to fantasise that this marked the arrival of a cultural paradigm in which I would no longer hit a mental ‘dead end’ whenever I tried to imagine future conversations with my God daughter; for example trying to reconcile the fact that the feminist values I hoped to empower her with would be contradicted everywhere she might look by images and scenarios depicting women as submissive and sexualised – a conflict rendered even more troublesome by the multitude of high profile female voices employing feminist rhetoric in order to defend all of this in the name of some misguided neo-liberal ideology that seems increasingly pervasive. I thought, perhaps this was the beginning of a more general change in attitudes – and for once, it was for the better!

No sooner than had I allowed these fanciful thoughts to creep into my head, than I endured the withering experience of watching the Channel 4 News, which covered the emerging story with a ‘debate’ between feminist Germaine Greer, glamour model Chloe Goodman and Harriet Harman. Dear, oh dear. First off, Greer seemed to ooze a sort of nonchalant intellectual superiority that was most unappealing; indeed when being introduced to the viewers by John Snow, she almost seemed to roll her eyes in contempt. She then stated in her opening comment that she has always thought of Page 3 as, “innocent and old fashioned.” Cue stunned silence…I’m sorry, what? Old-fashioned, yes… but surely a highly lucrative commercial product manufactured by a capitalist giant such as News International cannot really be described as “innocent,” can it? The term “oxymoron” springs to mind. She swiftly followed this with a personal anecdote about how when she asked her “odd job man” what he thought about Page 3 he said: “It cheers me up.” In my eyes this at once succeeded in patronising and stereotyping working class men everywhere and at the same time caused the discussion to stay at a very trivial and superficial level.

In fact, reading between the lines, Greer’s comments reveal why the issue is so important. If by “innocent” she is referring to consumers, such as her “odd job man” who enjoys looking at Page 3, then yes – I can buy that. As someone who questions individualist neo-liberal reasoning due to the inescapable reality that as social creatures we are influenced by the ideas and actions of others, I can see why a person would look at Page 3 unselfconsciously, and that this behaviour would not be an automatic indicator that that person is a misogynist. I say this because as social beings we form and live in societies, a characterising feature of which is the development of culture. Culture is embodied by arbitrary rules that individuals of that society must adhere to in order to be accepted as legitimate members, therefore people often don’t question or subvert these, either through fear of social alienation or because they genuinely haven’t perceived any problem with them. This is why asking Chloe Goodman or “the odd job man” what they think about the issue somewhat bypasses the point.

And that point is…. What is the problem with Page 3? It is only a semi-naked, healthy woman that we are looking at – where’s the harm in that? Indeed, is it not true that we should celebrate body confidence and the de-stigmatisation of nakedness? These were some of the arguments presented by Chloe Goodman on the Channel 4 News, as she drew parallels between ancient sculptures of the male and female form and today’s ubiquitous digital images of the naked female form, seemingly suggesting that both can be considered art. This is an argument that I could go along with, if this was the reality where Page 3 is concerned. However, it is a contradiction to make claims about empowering ‘women’ as a group, when the whole process of Page 3 must involve a selection process in which hundreds of young women don’t make the cut just because they don’t look right. Where is their empowerment? Don’t they have the ‘right’ to show off their hairy armpits and saggy breasts just as much as anyone else? Since when were the aims of true self acceptance and empowerment dependent on conforming to so many rules? This is why, when glamour models use language of egalitarianism to make their case for defending what they do, they are really defending their individual right to do what they like because they don’t acknowledge that their actions could possibly be harmful – after all they are not breaking the law. It seems like this sentiment: “Sod everyone because this is empowering for me; I feel attractive, accepted and I’m making money… oh, and I am a woman… so actually I’m more of a feminist than these whining bitches who are trying to stop me from doing what I want – I’m standing up for women’s rights!”

There is a failure to recognise that no key players in this debate are really criticising the models themselves or indeed the men who look at Page 3. This is because their actions are symptoms rather than causes where the issue is concerned. Let’s pretend that are dealing with computer generated images of women with their breasts revealed rather than real people – there would still be the issue of the message it sends out to have those images splashed cover to cover in a mainstream family newspaper.

Anyway, the wider debate aside, what should happen next but low and behold The Sun promptly revealed that it had no plan to stop Page 3 after all – aptly by revealing the breasts and cheeky wink of Nicole, 22, from Bournemouth the very next day… If I were to guess by her facial expression I would say she is not only ‘in’ on the joke that that The Sun played on everyone – she actually came up with the idea. Maybe she and Chloe Goodman sat up all night thinking, “how can we make a point about exercising our rights as neo-liberal feminists? I know, let’s attempt to trivialise the whole debate surrounding this issue, then we can make a satirically ironic statement by having one of us appearing WITH our tits out in the paper the next day… winking!” No, no I don’t really think that this happened.

The whole thing has certainly got people talking about the newspaper so it is difficult not to consider the possibility that they were the architects of the whole thing – no such thing as bad press and all that. But was it as simple as a ruse designed to force them into the limelight and boost newspaper sales and website traffic? Well, personally I think that their actions contain a clear message, which on the surface is sinister and scary, but which ironically also leaves me heartened. The Sun’s actions are undoubtedly a response to a petition, signed by many people, demanding that bare breasts be removed from Page 3. By suggesting that they had actually listened to the many voices on the subject, but then promptly pulling the rug from under everyone’s feet, immediately reinstating the status quo, it was like a metaphorical, “up yours suckers!” BUT, the thing to feel encouraged by, is the fact that they felt the need to respond in the first place and in such an underhand way; there is something about their behaviour that reminds me of a posturing bully, who is losing their grip on their campaign of brainwashing and fear. I really believe it is only a matter of time now…

NB: As mentioned in the previous Page 3 post, this post does not constitute ‘The F-Word view’ on the subject.

The photo above illustrated a woman resting her head on her fist in frustration. Her eyes are closed and she’s facing a computer screen. Thanks Andre Andame for the photo!