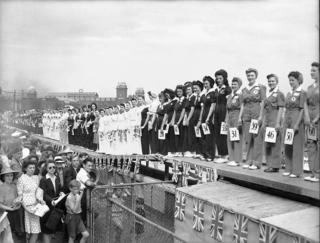 Psychologist Dr Aric Sigman has an idea for how to combat poor body image in teenage girls. The Telegraph reports:

To fight a “neurosis” amongst school girls on body fat, teachers should get boys to tell girls what they find attractive, including other qualities beyond pure looks, said Aric Sigman, author of “The Body Wars: why body dissatisfaction is at epidemic proportions”.[…]

“Boys don’t have in any way near as rigid a view on what an attractive figure should be and they value many other physical qualities, including eyes, hair, and body language.”

I’m sure Dr Sigman’s intentions are good, but he misses a fundamental point. Girls are taught that their value lies in their attractiveness to boys. Not merely that they would be more desired if their bodies were different, but that how much they are desired is pivotal to their worth as human beings. Bestowing the power and responsibility on boys to lecture girls on what is desirable reinforces everything that we’re trying to break down.

Teenage girls already know that men have varying tastes in women, because there are plenty who are not too shy or “politically correct” to speak openly their sexual and romantic tastes. Groups of boys and men like to discuss their tastes between themselves (not always honestly; they’re under pressure too). But many boys and men also love telling girls and women all about what is and isn’t attractive. It is a tremendous exercise of power.

This is our problem. Women have fought long and hard against the idea that our purpose on Earth is to provide decoration and comfort to men. Yet the vast majority of advertising and most roles that women play in television and on film very much promote the opposite worldview. And, as Jem Bloomfield says in his excellent post on the subject, there’s little “rigid” about the ideals a girl must aspire to:

Every male opinion about what makes a girl attractive represents a new pressure to be something not all of us can be. Dr Sigman falls into this trap himself:

“An increase in fat on hips, thighs and bottoms is not only natural but good for girls because it is appealing to males,” said Dr Sigman. “It’s protects girls from heart disease and diabetes and the great news is that men like that body fat on women.”

The really great news is that when it comes to most sources of happiness and fulfillment available to a women, the size of her bottom doesn’t matter. It won’t help her have good friendships or a happy family. It won’t help her pass exams or get a great job. It won’t help her contribute to her communities. It won’t help her work hard and feel good about what she has achieved. It may help just everso slightly in the bedroom if her partners, of either gender, happen to like her particular kind of butt. However, Sir Mixalot aside, most people are fairly easy going.

[Image is a black and white photograph of a long line of women in industrial clothing, stretching out into the distance. This is apparently the Miss War Worker Beauty Contest of 1942 at the Canadian National Exhibition Grandstand. This image can be found on Wikimedia and is the public domain.]