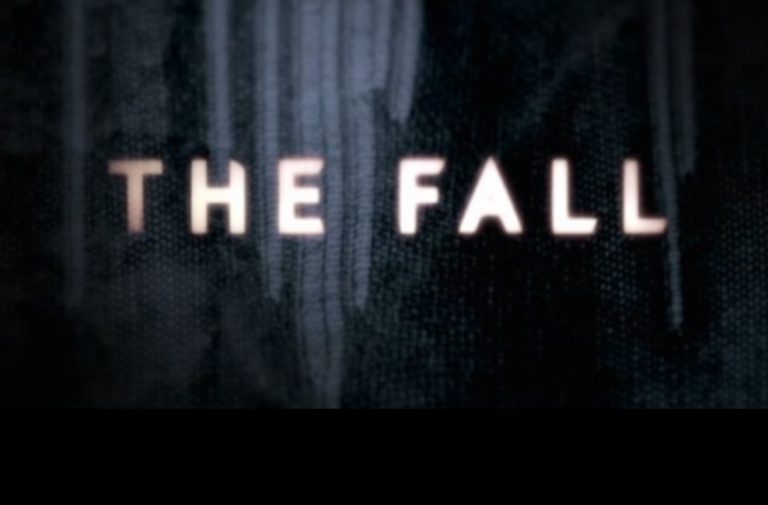 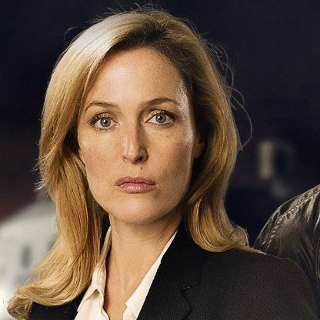 At first glance, The Fall is just another crime/thriller TV series. There’s the serial killer hunting his victims and the detective hunting the killer. It may not be a typical whodunit, as we know who’s doing it right from the outset, but other than that, what makes this show stand out in the crowd? Two words: Stella Gibson, the Senior Investigating Officer portrayed by the amazing Gillian Anderson.

Metropolitan Police Superintendent Stella Gibson comes to Belfast to review a murder case: a young woman was strangled in her own bed. Gibson soon notices similarities to another crime and realises there’s a serial killer on the loose. The murderer is Paul Spector (Jamie Dornan, before 50 Shades of Grey), a grief counsellor and married man with two young children. He chooses his victims very carefully: they are always well-educated, professional brunettes in their early 30s. He stalks them and then attacks them in their homes, taking his time to strangle, wash and pose them in their beds. Meanwhile, Paul also starts flirting with a 15-year-old babysitter who has a crush on him. And… well, I don’t want to spoil it for you, as the show is excellent at building suspense.

And so we have a “man who hates women” (as the first part of Stieg Larsson’s Millennium trilogy was adequately titled, which was lost in translation into English) and a female detective trying to catch him. While a female protagonist is not anything new in a police TV show (cf. The Closer and The Killing, off the top of my head), Gibson is one of the few, if not the only feminist character who is not so exaggerated as to become a caricature. She is a confident and self-assured woman. Obviously, she has a successful career, but fortunately the writers do not rely on one of the two stereotypical alternatives for such characters: neither is she a man-hating, sloppy spinster, nor does she secretly dream only about finding a good husband.

Detective Gibson is aware of how discourse shapes our views and our minds, along with how careful we must be about the words we use

Gibson enjoys the company of men, but refuses to conform to the passive role that women have traditionally been expected to play in romantic or sexual relationships; she can bluntly proposition a man she’s interested in and not pine after him when the night is over. When a colleague reproaches her for having slept with a married man, she points out to him the double standards and hypocrisy in a calm yet firm speech: “That’s what really bothers you, isn’t it? The one night stand. Man fucks woman. Subject: man, verb: fucks, object: woman. That’s okay. Woman fucks man. Woman: subject, man: object. That’s not so comfortable for you, is it?”

Another significant conversation takes place between Gibson and her once lover, Jim Burns (John Lynch). During a drunken visit in her hotel room, he tries to rekindle their affair and, since her firm “no” doesn’t discourage him, she has no choice but to punch him in the nose. A few days after this, they are discussing the case. Gibson points out to him the parallels between his behaviour and what Spector does to his victims. After Burns repeatedly insists that it’s not the same, Gibson concedes, but qualifies: “but you still crossed the line”. An invasion of privacy and intimacy may come in different shapes and sizes, but it is a continuum rather than clearly separated sets of threatening and non-threatening behaviours.

Detective Gibson is aware of how discourse shapes our views and our minds, along with how careful we must be about the words we use as language strongly influences our perception of the world. When preparing an official statement with her colleagues, Gibson insists that they do not refer to the victims as “innocent”. She points out that whether the murdered women are killed in their own homes or walking back from a party drunk and in a mini-skirt, whether they are white-collar or sex workers, they are all equally innocent. And since “the media loves to divide women into virgins or vamps, angels or whores”, it is best to refrain from such evaluative language. Words matter as much as actions.

The most compelling scene, however, comes near the very end of the show’s second and last (as of now) season. When a fellow policeman declares he can’t help but be a bit fascinated by Spector, Gibson replies with a quote from Margaret Atwood (although she does not give credit to the Canadian author): “Men are afraid that women will laugh at them. Women are afraid that men will kill them.” It’s a perfect summary of why men can never perceive violence against women the way women do; it is why even the most charismatic and sophisticated killer, stalker and rapist can never inspire anything other than fear in his potential victims. Because, whether we like it or not, women are more likely to fall victim to such crimes and this is pure statistics.

The way victims are presented is another strong point of The Fall. Unlike in many crime shows, they are not dehumanised or treated as dead bodies; the viewers get to know some of them very well. There is also a very meaningful scene in the first episode where we can see how easy it is to disregard potential victims’ claims and fears, indicating that, contrary to the difference between men and women mentioned above, female police officers can participate in victim-blaming, however mild it might have been in that particular case. Even so, as much as our perception of the world is influenced by language and discourse, it is to a similar extent shaped by our gender. And maybe that’s what makes Stella Gibson the best person for investigating these crimes: as a woman she can empathise with the victims and, as a feminist, she is aware of the double standards and traditional views of gender roles that may lead to victim-blaming or, which in the show proves even worse, victim-ignoring.

The Fall is an exceptionally good show. While conveying a strong feminist message, it is at the same time a suspenseful and gripping psychological thriller. As is typical for a BBC series; seasons are short (five episodes in the first and six in the second) but, as always, the BBC chooses quality over quantity. The characters, both leading and supporting, are extremely well-written, with complex backgrounds. Plot twists are truly surprising, while not incredible, and Belfast provides a fitting background to the dark story. Last, but certainly not least, the acting is superb, especially on the part of Gillian Anderson. Her Stella Gibson is a memorable, unprecedented and unique heroine, who can serve as a yardstick against which all such characters should be measured. It is particularly worth noting that although Anderson plays a seemingly similar character in Hannibal, she does not reprise this performance, but offers something original. Check out The Fall if you’re looking for a crime story that you won’t be able to tear yourself away from and that is not all about men for a change.

The author would like to thank Zwierz Popkulturalny, whose article on The Fall served as an inspiration for this review.

The Fall will return for a third and final series in 2016. You can find the recently screened preview on BBC iPlayer.

The featured image shows ‘The Fall’ in blurry white capital letters. The image in the post is a head and shoulders adaption showing Gillian Anderson as a formidable looking Stella Gibson looking directly at the camera. Both are taken from the DVD cover.

Agata Ostrowska lives in Warsaw, Poland, but loves to visit her big sister in London. She works as a translator, proofreader and editor in Polish, English and Spanish. She is a bookworm, film addict and die-hard David Bowie fan. She is now torn between wanting to be Stella Gibson and wanting to be with Stella Gibson