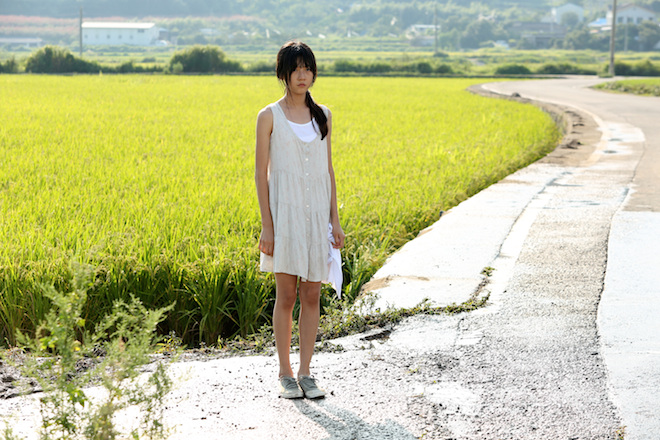 A girl at my door: interview with July Jung

The English title of South Korean director July Jung’s first short – ‘A Man Under the Influenza’ (2007) – puns on the title of John Cassavetes’ A Woman Under the Influence, a film famous for the central performance by Gena Rowlands. Jung’s first feature A Girl at My Door (2014) has not one but two powerful women oppressed by patriarchy at its centre. They’re brought to life vividly by Doona Bae (currently starring in Sense8) and Kim Sae Ron, both best known in South Korea for playing cute young female characters, as Jinhee Choi pointed out at a PoutFest preview of the film.

It’s rare enough for any films by non-Euro-Western, non-Anglophone women to receive distribution in the UK, but kudos to Peccadillo Pictures for taking on a film that caused walkouts by critics at Cannes (except for the great Amy Taubin) for its uncompromising depiction of violent sexism as well as of an ambiguous, intimate relationship between a female police officer and a brutalised teenager who comes to her for protection. Like Jane Campion’s BBC TV series Top of the Lake, Jung’s film takes a long, hard look at the systemic sexism, present not only in the small town where the film is set but throughout the police force and social structures.

I talked to Jung (through a translator) when she visited London in November 2014 for the Korean Film Festival after her film had also screened at the London Film Festival. The interview, right before she introduced her film, was condensed but fascinating and powerful – like A Girl at My Door. 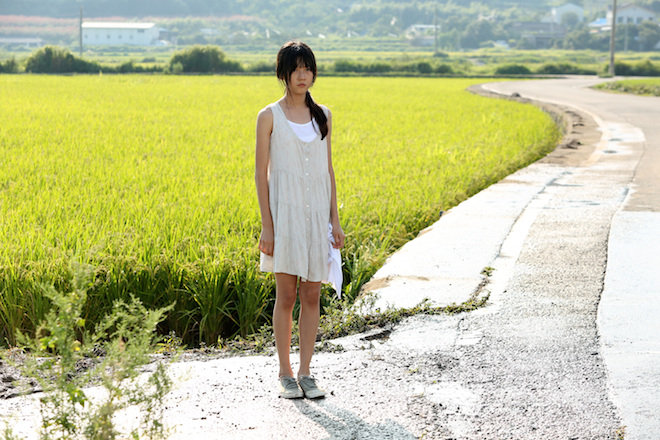 Congratulations on A Girl at My Door being shown in the London Film Festival and London Korean Film Festival! How important are festivals for an arthouse film like yours?
They are very important. At festivals, there are big commercial films and interesting smaller films playing alongside each other, so we can reach audiences who are yearning for new kinds of films. And international events are crucial because we are yearning for new audiences!

How did you pitch the film and get it made?
It has a small budget – 30 billion Korean won [about £1.5 million], which we got from the film councils, otherwise we couldn’t have made it.

How did you get Kim Sae Ron involved? The role of Dohee is so different from her previous roles.
She declined the role at first. We auditioned 500 actors, and eventually Kim said yes: she felt like she had to play it. She’s very thoughtful and smart, and realised how deep the character was, and how difficult it would be. I told her: “It will be painful,” but she had both the understanding and the talent to undertake it. That’s what makes genius. Her mother encouraged her and supported taking the role; she was on set the whole time, and we had a therapist there as well.

Why did you write Doona Bae’s character Young Nam as a lesbian?
The film is about two lonely girls: a child, Dohee, who doesn’t understand what loneliness is because she doesn’t know what love is, and a woman who has isolated herself because of prejudice against her. The police environment is very male-centred in Korea, putting pressure on Young Nam; for her, being lesbian creates an added source of tension and also isolation within her work and the village where she is sent.

Do you think of the film as being a feminist film?
It’s not for me to say, but I’m very happy that you look at it like that!

And finally, what’s next for you?
I am working on a scenario for my next film, which is based on Sigmund Freud’s famous unfinished analysis of Dora. I can’t say more right now…

A Girl at My Door opens on 18 September, released by Peccadillo.

Picture courtesy of Peccadillo Pictures (Sae Ron Kim as Dohee). It shows a young Asian girl with long black hair, wearing a short white dress. She’s standing on the road on the verge of a field of green/yellow plants.