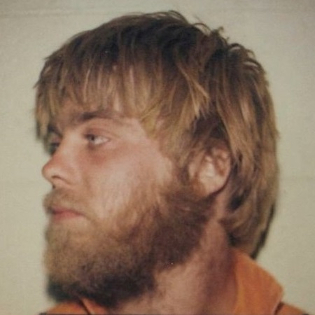 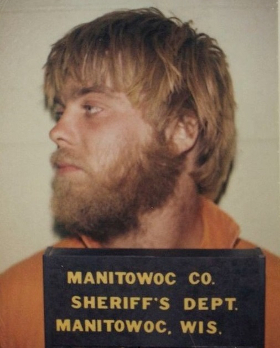 This review contains spoilers for those who have not watched the entirety of the series.

Please also note that there were no images of Teresa Halbach labelled for non-commercial use with modification, up to and including the date/time of the publication of this review (Google, Flickr and Wikimedia Commons searches).

Here we go again. Twitter is aflutter, Reddit is brimming with theories and you’ve probably had at least one friend ask you, “Have you seen Making a Murderer yet? You’ve got to!”

The true crime juggernaut, which many have attributed to the success of the first series of the podcast Serial, lumbers on in Netflix’s documentary, which examines the case of Steven Avery. Like many other viewers, I was alternately engrossed and horrified by Making a Murderer. The bare bones of the story are this: Steven Avery was convicted and imprisoned for 18 years for a rape that DNA evidence later proved he had not committed. His story became something of a cause célèbre in his native Wisconsin, with the state legislature introducing an Avery bill to prevent future miscarriages of justice, and Avery himself launching a high profile civil lawsuit against the county sheriff department.

And then, just a few years after he was exonerated, Avery once again found himself accused, this time for the murder of a 25-year-old photographer, Teresa Halbach.

Making a Murderer is compelling television. Told over ten episodes, it dives into the intricacies of the American justice system, exposing the ways in which the odds are stacked against the accused. As one prosecutor in the case says, “Reasonable doubt is for the innocent,” a statement that seems to belie the idea that a defendant is “innocent until proven guilty.”

Despite the lack of a narrator or the presence of the documentary makers in the footage, the series has a very clear point of view: Making a Murderer is designed to evoke outrage at the multiple failures of the legal system and is supremely effective in doing so. By focusing very closely on Avery, his family and legal team, the documentary makes a convincing argument that Avery and his nephew Brendan Dassey, who was also convicted of Halbach’s murder, are victims of a miscarriage of justice. Much of the commentary that now abounds is centred on theories about Avery’s supposed innocence, alternative suspects and scorn for the cops and prosecutors involved in the case.

However, what is notably lacking, both from the documentary itself and the conversation around it, is the victim at the centre of the story. As fans of the show enjoy engaging in speculation about how Teresa Halbach was killed, treating her death as entertainment, one could almost forget that a real woman brutally lost her life on 31 October, 2005.

Details of Halbach’s life are scant in the documentary itself. She appears in brief snippets of home video taken a couple of years before her death, in which she eerily speaks about the possibility of her death and the things she would want to know if she were to die. The effect of including this video seems to imply a certain inevitability to her death – although of course, the video is only remarkable because of her ultimate fate. Outside these short clips (which fans have predictably used to advance other theories of the case) only the barest details of Halbach’s life are shared and only in the context to which they relate to the case; for example, we know Halbach worked as a photographer for AutoTrader, but only because it was in this capacity that she arrived at Steven Avery’s property on the day she died.

Defenders of the series could no doubt point to a laundry list of the reasons for Halbach’s absence from the documentary: this is Avery’s story, not Halbach’s, and there is also issue of limited time, along with the lack of access the documentary makers had to Halbach’s family. Of these, only the last point regarding access strikes me as being particularly valid: the (understandable) refusal of Halbach’s family to participate in the documentary was an obstacle that the documentary makers, Laura Ricciardi and Moira Demos, would no doubt have struggled to overcome. But in all other respects, Ricciardi and Demos made artistic and journalistic choices to shape the narrative in ways that focus viewers’ attention on the plight of Avery and minimise the emotional impact of Halbach’s death.

The documentary seems to be particularly interested in building the case for Avery’s innocence. This will have influenced Ricciardi’s and Demos’ choices to include or exclude footage in order to support their argument; this goes as far as using news footage of the Halbach family that makes them appear unsympathetic antagonists, aligned with the prosecutorial forces, that the documentary works to portray as villains, rather than grieving relatives.

It is hard to believe Ricciardi and Demos could not have found time to include more detail about Halbach, such as finding former friends, teachers or colleagues who might have been willing to speak with them. But even if all they could get was this one home video and other publicly available details about Halbach’s life, they could have made the choice to dedicate more than a couple of minutes to her. After all, this documentary took ten years to make and is told over ten hours. The story unfolds at an often slow and thoughtful pace, so I find it hard to believe that a few of the overhead landscape shots interspersed throughout the series could not have been sacrificed for a more detailed look at Halbach.

Even on a pragmatic rather than ethical basis, concentrating more on Halbach might have in fact helped the documentary makers in their mission. As fans of crime dramas or true crime narratives know, it is often by examining the victim’s life, movements and relationships that the perpetrator of a crime is discovered. The documentary makes a big point about the fact that the defense was prohibited from offering alternative suspects during the trial; by avoiding looking at Halbach’s life, the documentary misses the opportunity to outline whether there were possible other leads that the police failed to follow in their single-minded pursuit of Steven Avery.

Teresa Halbach was more than just the circumstances of her death

The loss of Halbach’s story in this documentary is part of a broader cultural trend in which women’s deaths are at once fetishised, while the women themselves are erased. This can also be seen in the case at the heart of Serial, in which the victim Hae Min Lee features as a footnote in the unfolding discussion, with more time and energy expended on discussing the intricate details of a Best Buy parking lot than the victim herself. It’s the same impulse that drove Vice to run a fashion shoot in which models posed as famous female authors in the midst of committing suicide, while failing to memorialise the literature that made them famous. It’s what allows a museum billed as depicting “women’s history” to open as a grim memorial to Jack the Ripper where, at Halloween, guests were invited to take selfies with Jack standing over the body of one of his victims.

From classical art to contemporary fashion shoots, the body of a beautiful dead woman is a spectacle too enticing to be ignored.

This is a symptom of a culture in which violence against women, including fatal violence, is so normalised that the victims barely register as people, but rather as props in whatever project they appear in, whether that’s selling beautiful clothes or mounting a campaign against injustice. In Making a Murderer, Teresa Halbach’s death is used as such a prop in order to make compelling and important points about justice in the legal system – but does the weight of the documentary makers’ lofty goals excuse the exploitation of Halbach? Do the slick production values and carefully crafted “narrative” lessen the impact of it? And are we really comfortable with this form of true crime entertainment that makes money from the brutalised bodies of female victims?

Teresa Halbach was more than just the circumstances of her death. According to her obituary, she was a small business owner, a churchgoer and a coach to a seventh grade volleyball team. She was widely travelled. She loved to sing karaoke. She left behind family and friends, who describe her as “just the kind of person you want to be friends with”. She was a person, with hopes, dreams and a future ahead of her, and that future was tragically and violently taken away from her.

Making a Murderer is great TV. But ultimately it leaves me troubled and uncomfortable about my complicity in the injustice done to the memory of Teresa Halbach and the likely pain this documentary inflicted on her family. Teresa, and other victims, deserve more than this.

[Image description and credit: Head and shoulders mugshot of a bearded Steven Avery in orange prison overalls, against a plain white wall. Avery is turning his head to his right, showing his left profile. The black sign level with his chest reads “MANITOWOC CO. SHERIFF’S DEPT. MANITOWOC. WIS.” In the public domain.]