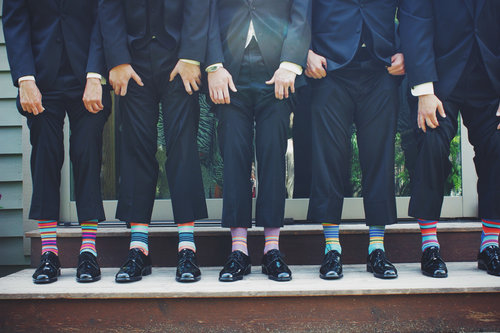 Men need something, but not a movement

As part of The F-Word’s #feMANism month, Sarah Fletcher discussed the need for a ‘men’s movement’, one that distances itself from the MRA nonsense and creates a space where men can critically engage with their own issues without taking up airtime in feminist spaces and movements.

I agree that feminists need their own movement. But I’m not convinced that men need one too.

Feminists have work to do and spending time talking about how men also suffer under patriarchy can detract from that process. Particular movements have purpose, and while they may welcome allies, should not spend their time addressing the problems of those allies at the expense of their original purpose. Men should be very wary about participating in feminism, and when doing so should primarily stay very quiet and do as they are asked – including leaving if that is what is necessary. In order to dismantle privilege and patriarchy, men have to accept that their lives are going to have to change and that they will not be the leaders of this change.

But this doesn’t mean that men should have their ‘own’ movement.

Movements have power and legitimacy. The last thing we need is another male-dominated movement. We only have to look at the problems of whiteness in feminism, or patriarchy in POC movements, or class for LGBT equality to see how movements can reinforce marginalisation.

Men do face real challenges, but the formation of a ‘movement’ around them leaves too much risk of a re-entrenchment of already privileged voices. Especially given the current context of MRAs, gamergate, pick up artists and other ‘men’s movements’ that already exist. I’d welcome a mature, critically engaged space, but I’m not sure that it’s possible right now.

While I don’t want to downplay the problems men face and which should be addressed, the biggest challenge to men in dismantling patriarchy is their own role in it. What can men really add to a critical discourse on patriarchy that feminists, queers and critical race scholars have not already contributed?

We know that our personal behaviour reinforces social structures of domination and we know that those structures cause our own suffering along with the suffering and exclusion of others. We do not need a new movement to proclaim these facts that have been well established by generations of marginalised scholars and activists.

We accept that there are systemic exclusions which cause suffering. But making the step between that acceptance and taking proactive, every day, action in recognising how our personal behaviour contributes to those systems is hard. Privilege is invisible. Which is why a critical men’s movement is going to be challenging because individual men often can’t see the role they play in patriarchy without a lot of help. But we should not rely on this being explained to us by every woman, person of colour or LGBT that we meet at parties, protests or picnics.

I have a suggestion for how this work could be accomplished.

In the past I have organised privilege discussion workshops. They’re an open space where people can discuss in practical terms how they are personally implicated in inequality, and what they are doing to change it.

The workshop structure is simple, an hour of safe workshop time, some key worksheets or readings on inequality – the internet has many fantastic resources available or you can take a more academic piece depending on the group. The Invisible Knapsack is good for starting a discussion and has been adapted for other identities. Everyone then talks through their responses to the piece, trying to understand how it is relevant to their lives and how they might change their behaviour.

It is very hard. There will be resistance and arguments. Good facilitation is essential, as is a big dash of humility. The discussion is about privilege; it should not get side-tracked into discussion about inequality. Anybody who doesn’t accept that they have privilege and need to change their behaviour needs to find other spaces to do their own kind of work. People need to be willing to call each other out, and be called out.

I don’t think this should form the basis of a men’s movement, because we find it hard to see privilege in ourselves or people that are like ourselves and it often takes someone else to call us on it. But I do think that men need to take a more proactive and personal role in addressing patriarchy and privilege, and to do so in distinct spaces where it doesn’t detract from other work that is being done.

If, as a man, you cannot accept this, then you are not a feminist or an ally; you are actively part of the problem.

Glen Noble lives in Beijing where he works in research funding, science policy and diplomacy; he completed a PhD in geographies of inequality in 2012 and has 10 years’ experience in activism, theory and teaching on privilege and inequalities.

The image used depicts a row of people in suits and is used under the Creative Commons license.