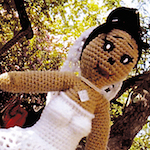 Growing Up Married: the stories of Turkish child brides Child marriage is a little discussed but very real issue in many cultures. Around the world, almost 39,000 girls become child brides every single day. Last year, Deniz Gamze Ergüven’s debut feature Mustang met with near universal praise and got an Academy Award nomination for Best Foreign Language film for its portrayal of girls growing up in in a culture which expects them to marry young. But there are more stories to be told about child brides. Growing Up Married, a groundbreaking new documentary by academic and filmmaker Eylem Atakav, gives us some of those stories.

The film features four Turkish women talking about their experiences as child brides. The oldest bride was 17 years old when she was forced into marriage, the youngest just 14. Their husbands were much older. Child marriage happens in Turkey for a number of complex and intersecting reasons. One of them is the strong presence of patriarchal values in Turkish society. Another is that families receive a sum of money for literally selling their daughters when they reach an age deemed appropriate for marriage, contributing to an unseen economy of child brides.

Turkish-born UK academic Eylem Atakav is a gender representation expert specialising in portrayals of women in Turkish cinema. During her research, she became interested in issues around honour killings and Muslim femininity. She created the UK’s first undergraduate media studies module about Muslim women’s representation at the University of East Anglia, titled ‘Women, Islam and the Media’. With Growing Up Married, her focus is on the stories of women who are rarely represented in the media.

The film avoids the cliche of filming one of the weddings, focusing instead on the emotional and psychological dimensions of the relationships from the women’s perspective

Growing Up Married is a testament to the idea that the voices of the oppressed need to be heard. The voice of one former bride plays a particularly important role in the film. Leyla is heard singing, something she hasn’t done since she was forced into marriage at the age of 14. This highlights the restrictions that women who have been forced to be child brides have to face every day and the impact the marriage has on their sense of self.

Speaking at the film’s premiere in Norwich on 29 September, Atakav describes how she got in touch with women who were child brides in her parents’ neighbourhood. By the time word had spread about the project, women were queueing up to tell her their stories. For two of the former child brides featured in the film, it was the first time they had ever spoken to anybody about their experiences. The film avoids the cliche of filming one of the weddings, focusing instead on the emotional and psychological dimensions of the relationships from the women’s perspective. For this reason Atakav keeps her own narration within the film to a minimum. “Their stories when I was listening to them were so powerful that I was left completely powerless,” she says. So she made the choice to give these women’s voices the space they deserved in the film.

Ideas about women’s bodies as property also play a key part. Shots of a bride in a white wedding dress are interspersed in the film with the women describing their upbringing and marriages. The wedding dress, associated with the celebration of traditional femininity especially in Western cultures, is a cage when shown alongside these stories of abuse and confinement. At a street market, a handmade plush bride is for sale alongside other toys. The price tag echoes the real-life phenomenon of bride prices affixed to these young Turkish girls.

The brides describe in great detail the policing of their bodies and how this leads to their own policing of themselves. For instance, one bride keeps her hair cut short to prevent her husband from hurting her as much when violently grabbing it. As mentioned before, Leyla carries out a self-imposed singing ban to separate the horrors of her married life from better times in her childhood when she sang to express herself. The final bride’s story recounts the way in which she was physically taken by her family, put in a wedding dress and paraded in front of people she didn’t know before the forced marriage took place. This was followed by a humiliating series of events involving medical professionals called to ascertain her hymen was still intact.

The families’ implication in these events is perhaps surprising, but since they often receive payment for their daughters, parents actively contribute to these practices. Far from being supportive of their daughters’ wishes, they are present along every step of the way in order to ensure that their daughters carry out their bridal duties, from wedding vows to post-wedding sex.

Growing Up Married makes connections between the violence enacted upon women by men, on women by women and that which women enact on themselves. These women’s lives are shaped by violence. It is a violence which spans generations. Quite often, the brides came from violent or abusive backgrounds. This is continued in the violent act of being married off and then almost inevitably having a child with a man who is violent. Sometimes the brides end up abusing their children too. One of the women vividly describes breastfeeding her baby after having been brutally beaten by her husband. Indeed, the memories on which these women draw when they tell their stories have an extraordinary clarity. This called for a minimalist approach in the filmmaking. “In terms of filming style and so on, the content itself informs the kind of things you can put in the film,” says Atakav, “because you cannot potentially say to a woman when she’s going through telling you about how she was raped by her own aunt, ‘Err, can we do a second take? Because this didn’t work.’ That’s not possible.” So the film was created to carry the stories in the most unobtrusive way possible. “They weren’t structured interviews or anything like that,” she adds. She explained to the women who had come out as child brides that she was doing a film about child marriage and was interested in their story. According to Atakav, this happened quite naturally.

Although the specific experience of child marriage is not universal, familiar gendered themes continually resurface in the film. The women speak of the sacrifices they made: staying in the marriage, even deciding to continue to live, for the sake of their children. Such ideas are present in cultures all over the world and Growing Up Married effectively draws attention to the ways in which specific cultural practices complicate these beliefs.

The film is everything feminist filmmaking should be: addressing issues of gender oppression through the stories of the oppressed

Atakav hopes the film will gain the attention of viewers everywhere and has the intention of promoting it at international film festivals. With this in mind, she is still aware of her specific position within a UK culture which has had a different history of women’s rights to Turkey. Regarding audiences, she says: “We are coming from particular backgrounds. We’re in the UK, we’re in a Western culture and we are watching it. And it will probably go to some [international] film festivals and it will be seen by those audiences. But who I’d really love [to see] this film are the families who do these deeds in Turkey or elsewhere.”

Through films such as My Aunt Came (2013), Mustang (2015) and Growing Up Married child marriage is cropping up on UK audiences’ radars. Atakav closes the discussion at the Growing Up Married premiere with a statement about the media’s importance in making marginalised people visible.

Child brides are invisible. There is no paperwork involved, the marriages are often illegal and the brides frequently do not even have birth certificates. These crimes are unseen and their perpetrators go unpunished. But, she argues, through increased visibility, particularly in the media, awareness can be spread and change can happen. “The media, particularly films, play a really strong part in change,” she argues. “If you want to see real change, [you] want to see change in the way we represent things in the media. And if the media [are] powerful and if we are in the position to use films to circulate information that is invisible, that can become more visible or audible, then that contributes to that change.”

The empathy which Growing Up Married grants its subjects is unparalleled, but more important is the contribution it makes to increasing the cultural awareness of stories which are rarely told. The film is everything feminist filmmaking should be: addressing issues of gender oppression through the stories of the oppressed. Through listening to these stories and seeing women tell them, this crime can eventually be eradicated and the perpetrators can finally be held accountable.

Growing Up Married will screen in London on Sunday 30 October, 2pm at the Phoenix Cinema in East Finchley. Entry £7/£5 concs. It will later be shown at selected cinemas in the UK.

All images courtesy of director.

Image descriptions:
1. A row of colourful knitted toys hanging on a string, probably put on sale on a street stall. Subtitles: “I was all about games and friends. We didn’t know what love was.”
2. Out-of-focus close-up of hands folded on a lap, with a golden wedding ring on one of the fingers. The sitter is probably a woman as she’s wearing a sparkly white dress. Subtitles: “He used to beat my mum all the time”.
3. A waist-up portrait of a seated woman, with shoulder length dark hair and a colourful patterned white top. She’s ain a kitchen or a lounge, looking off camera to the right, there’s a wedding ring on her left ring finger. Subtitles: “That night…They put a wedding gown on me and put me in a car.”

Miriam Kent is a writer and media expert who specialises in representations of women in contemporary film. Having recently completed her PhD in Film Studies, she bridges the gap between academia and “the popular” by blogging at medium.com/@becomingdrmarvel. Her tweets can be found at @msmrkent