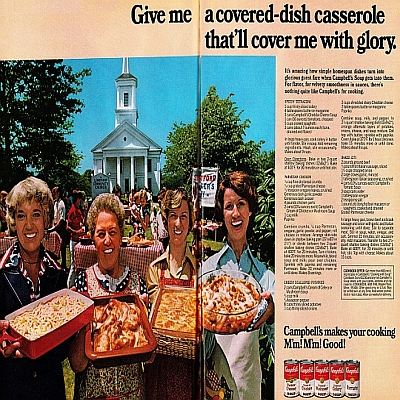 Mum sex – lie back and think of casseroles? This is a guest post by Ellie Hutchinson. She is the Director of The Empower Project, a Scottish-based organisation working with communities to educate and prevent violence against women and girls. She’s also a mum who enjoys talking about sex and relationships, and watching awful action films. Find her at @elliehutch_.

This week Netmums published a ‘light-hearted’ take on sex after kids. The article, ‘35 things mums think about during sex’, featured low-level bantz about bikini lines, locked doors and squeaky beds. Fair play. But in amongst the lolz lay some seriously dodgy ideas about heterosexual sex and relationships.

We would be rightly appalled if, say, Buzzfeed released a list called ‘35 things teenage girls think about during sex’ and it featured lines such as “it’s a great time to get on with that maths homework” or “at least it’s a lie down”. We would, of course, call it out for such reductive, dangerous and retrograde ideas about sex. The Netmums article is all of those things – and it’s important to call it out, to raise a fuss and to talk about mum sex.

With most of the 35 points focusing on hurrying up, putting the bins out and catching up with relatives, this Netmums article is actually a pretty sad reflection of just how normal crap and obligatory sex is for so many straight adult women. Of course sex and relationships change after kids, of course the way you think about your body changes and of course libido peaks and troughs because, hello, we are human and not existing in some made-for-TV movie. But recognising this, and being honest about how we do parenting, relationships, sex and life shouldn’t descend into advice to simply lie back and think of casseroles.

The reason this article is so worrying is that it is part of a broader cultural norm that tells women it’s better to regularly look at the cobwebs on the ceiling than it is to have sex for pleasure when you actually want to.

Rape culture is a complicated mess of societal attitudes about gender and sexuality – but put simply it’s based on the idea that men are entitled to women’s bodies at all times and it’s our job to shut up, put up or defend ourselves from men and all their rapey urges. All of this is of course heterosexist nonsense; men are no more rape robots than women are sexually submissive. But rape culture reduces us all to weird stereotypes, victims and villains. It permeates our legal institutions (low prosecution rates, anyone?), our culture, our relationships and our sense of self. It is insidious.

Couple this with how mothers are supposed to behave – self-sacrificing and sexless – we are left with a bleak picture of what a post-baby sex life is ‘meant’ to look like, which is why articles like this are so problematic.

The opposite of rape culture isn’t just about conviction rates and justice – that is part of how we get there of course – but a world in which sex and relationships are fun, safe and fulfilling. Where no-one wants to have sex with an unwilling partner. Where we choose to have sex in ways that are based on pleasure, not obligation.

Adult sex education isn’t something that can be taught in schools, but it can be discussed, supported and promoted in our social and cultural spheres. Being a mum in patriarchal capitalistic society is hard, hard work, and that’s why it’s so demoralising when spaces that attempt to understand motherhood put out such tired, retrograde and dangerous ideas. Mums deserve much more than this – we deserve good sex too.

Editor’s note: The word ‘depressing’ has been removed from this post to avoid any disablist connotations.

Image is of an advert for Campbell’s soup from 1977, featuring four women smiling and holding casseroles in dishes