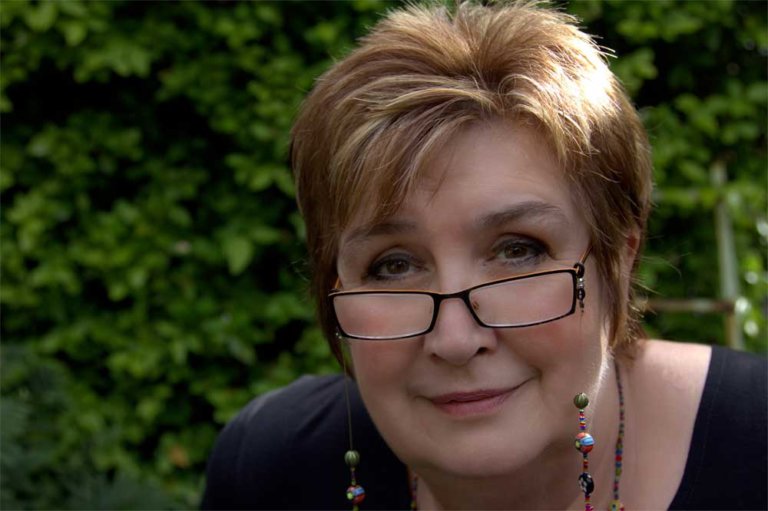 Yesterday, The Sunday Times ran a feature piece by feminist icon, Jenni Murray, titled Be trans, be proud — but don’t call yourself a ’real woman’. Murray, who has presented BBC Radio 4’s Woman’s Hour since 1987, presents a spectacularly one-sided perspective of the trans experience, which fails to recognise the challenges and discrimination trans and non-binary people continue to experience.

The article begins by Murray insisting she is not transphobic, anti-trans or a TERF: “That’s trans-exclusionary radical feminist, to use one of the often-confusing expressions that have entered the language in this age of gender revolution.”

In my experience, when people discussing gender and identity start to make noises about the language surrounding this topic as being “confusing” or “difficult”, it’s often a good indicator that their views are not as inclusive as one might hope. Language is constantly evolving, thank goodness, to enable us to describe and express ourselves more accurately and authentically. I find it strange when people who are otherwise unperturbed by the introduction of new words such as “selfie”, “vape” or “post-truth”, all previous OED words of the year, take such issue with words such as “TERF” or “cis”. This leads me to wonder whether their resistance is more to do with what the word actually represents, rather than the language itself. Based on her position, experience and knowledge (she has authored at least five books), Jenni Murray is not the kind of the woman I would expect to struggle with the introduction of a new word or two. These words do not need to be “confusing”.

Murray goes on to describe her first experience of “feeling anger when a man claimed to be a woman”. This was in December 2000, “when the Rev Peter Stone announced having undergone gender reassignment surgery and was now called Carol”. When questioned about women’s struggles within the priesthood, Murray states that Carol Stone’s primary concerns were about finding the most appropriate dress in which to meet her parishioners and deciding whether or not to wear make-up: “It wasn’t all going to be about frocks and make-up… ideas of which she seemed woefully unaware,” she adds witheringly.

Trans women are frequently vilified for either not ‘passing’, leaving them vulnerable to ridicule and violence, when passing, or ‘tricking’ people

Feeling anger because a person does not respond to you with a comprehensive history of the feminist struggle is not reasonable. Not responding in this way to such questioning does not make you a bad person. Nor does it make you less of a woman. What it does make you is human. It’s entirely possible that Stone was, understandably, consumed with and concerned about the response she would receive when meeting parishioners. Trans women are frequently vilified for either not ‘passing’, leaving them vulnerable to ridicule and violence, or ‘tricking’ people when it’s decided by cis people that they don’t. Armed with this knowledge, it strikes me as entirely understandable that Stone was concerned about her appearance, when this is the very battleground on which her parish may choose to accept her or not. Furthermore, for a person to transition from man to woman within the rigid and often hostile confines of the church is extremely courageous. Murray makes no mention of this, however.

It’s also possible that Stone was merely being flippant, responding to a critical media on her own terms. Alternatively, she may simply have been thoughtless or insensitive in her response. She wouldn’t be the first, nor the last. But, to make an example of her on the basis of her being trans leaves a bad taste in my mouth. Murray continues:

The fury that a male-to-female transsexual could be so ignorant of the politics that have preoccupied women for centuries hit me again last year — 16 years after I had met Carol. This time I was speaking to another trans woman, India Willoughby, who had hit the headlines after appearing on the ITV programme, Loose Women…

To me, this sounds like Murray’s “fury” directly relates to Carol Stone and India Willoughby’s identity as trans women. There are countless cis women in the world who are ignorant of “the politics that have preoccupied women for centuries”. Would Murray’s fury towards these women be such that she is prepared to write an article in a national newspaper naming and shaming them?

It seems that Murray is prepared to accept trans woman only on her own terms. There must be no room for fallibility. They must be perfect feminists, with an enhanced understanding, awareness and willingness to represent and defend women’s rights, at every opportunity, and at all costs.

Murray will tolerate these women, it seems: “There are some trans women who willingly accept they cannot describe themselves as women and who agree that sex and gender are not interchangeable.” An individual having the autonomy to choose how they wish to identity – a personal decision and one rarely made without significant consideration – is something Murray seems wilfully ignorant of and disinterested in.

Murray reverts to the textbook arguments rolled out by TERFs to challenge individual autonomy in deciding to transition. This includes referencing Charles Kane, who transitioned to live as Samantha, but then made the arguably difficult decision to start living as a man again. She also mentions wearing dungarees as a young girl, seemingly to make a tenuous connection between defying traditional gender roles and transitioning, and cites Rupert Everett, who revealed that he dressed exclusively as a girl as a child, reflecting:

Thank God the world of now wasn’t then because I’d be on hormones and I’d be a woman. After 15 I never wanted to be a woman again. It’s nice to be able to express yourself, but the hormone thing, very young, is a big step

Murray also ominously maintains that “there’s a lot of fear” despite the remarkable success in changing perceptions that trans activists have achieved. She then refers to a Canadian psychologist, Kenneth Zucker, who specialised in helping children and their families make decisions about whether the child should transition and was subsequently accused of “employing the therapeutic tactics once used to persuade gay men that they were not homosexual”. She then ends the paragraph with: “He has denied that this was the case. Nevertheless, he lost his job.”

If Zucker was, in fact, using tactics to invalidate and undermine an individual’s personal autonomy, then he deserved to have his medical licence revoked indefinitely. However, Murray seems to use this as a further example of political correctness going too far, as if Zucker’s sacking was unfair or unreasonable.

Murray then goes on to speak with Stephanie Davies-Arai (who is “qualified to train teachers and parents in communication skills” – must be legit!) from ‘Transgender Trend’, a group of parents who “question the trans narrative”. Both Davies-Arai and Murray challenge the findings of a survey conducted by the now-defunct LGBT charity PACE, which identified the high rates of suicide and self-harm amongst trans people. Without further investigation into this, it’s impossible to know whether this is accurate. What is important to acknowledge, however, is the existing body of research and personal testimonies from trans people, which overwhelmingly suggest that their mental health is disproportionately negative, largely as a result of social stigma, rather than their identities.

What Murray has spectacularly failed to do in her article is to recognise the challenges and violence that many trans women face every day. The relentless streams of abuse and harassment that so many suffer every time they leave their own home. The risks involved of reporting to police. The difficulty in securing safe, affordable accommodation. The stares and the sneers and the sniggers. Trying to find a safe place to use a toilet. Constantly being seen as ‘deviant’, ‘freakish’, an anomaly.

Murray is quick to offer sympathy to the wife left behind, but makes no mention of the friends, family and community who may choose to disown a trans person:

Of course it was hard for her family. Her wife loved her husband, but her husband was gone

She also doesn’t mention the alienation and isolation experienced by many young trans or gender variant people, who may not know anyone else like them. Or the challenges in accessing ‘mainstream’ services or securing employment. Or the risk of death: 27 trans women, all of whom were BAME, were recorded as murdered last year in the US. It’s only the beginning of March and already seven trans women have been recorded as murdered in 2017 alone, again, all BAME.

As a feminist, I want my feminism to always be inclusive. This means welcoming self-defining women into our spaces: our safe spaces. It means mutual respect, while also recognising people’s different journeys and experiences. But, ultimately, it’s about support and solidarity in a culture that still sees the ‘female’ as weak, shameful and lesser. Murray has missed an opportunity to amplify trans women’s voices, struggles and successes. Anyone beginning a sentence, “I’m not a racist/TERF/misogynist/insert other oppressor here, BUT…” leaves the lingering impression that this is exactly what they are. To hear this from Murray, a woman who has such a powerful platform and is a purported champion of women’s rights, is disappointing in the extreme.

The image of the top of the page is a colour head and shoulders shot of Jenni Murray. She has ‘bronde’ hair and rectangular glasses perched on the edge of her nose. Picture taken by NHS Employers, shared under a Creative Commons licence.